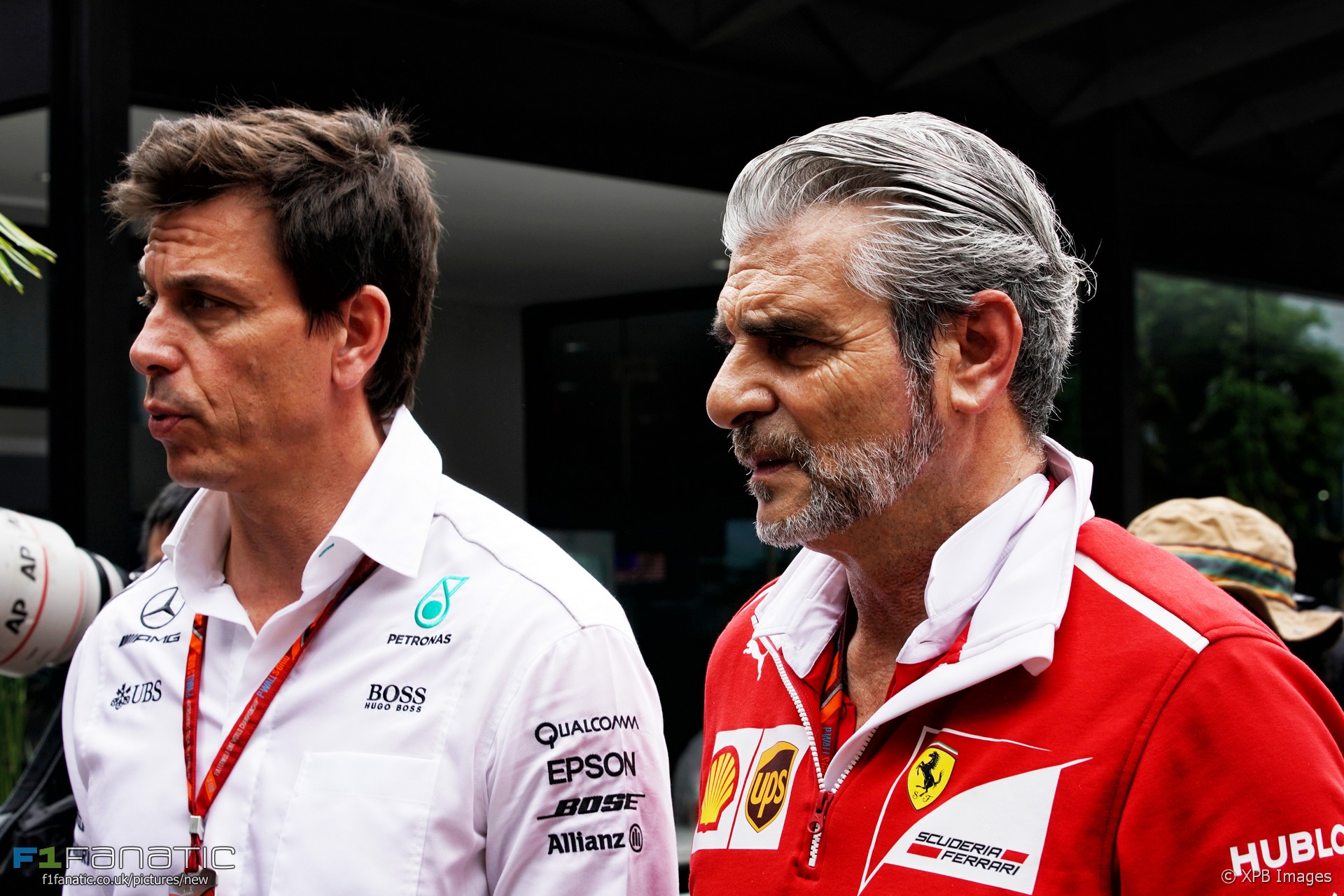 Ecclestone suggested that Mercedes had provided Ferrari with support to help them be more competitive this season, but Wolff has laughed off these claims.

“Bernie Ecclestone is the only person who can throw a hand granade from the other side of the world and have it land in the Formula One paddock,” said Wolff.

“I have missed them at times and how he likes to stir things up but this is clearly nonsense.”

It is not the first time that Ecclestone has hinted at a close relationship between the two leading teams. Ecclestone made similar suggestions last year, before Ferrari’s return to form in 2017.