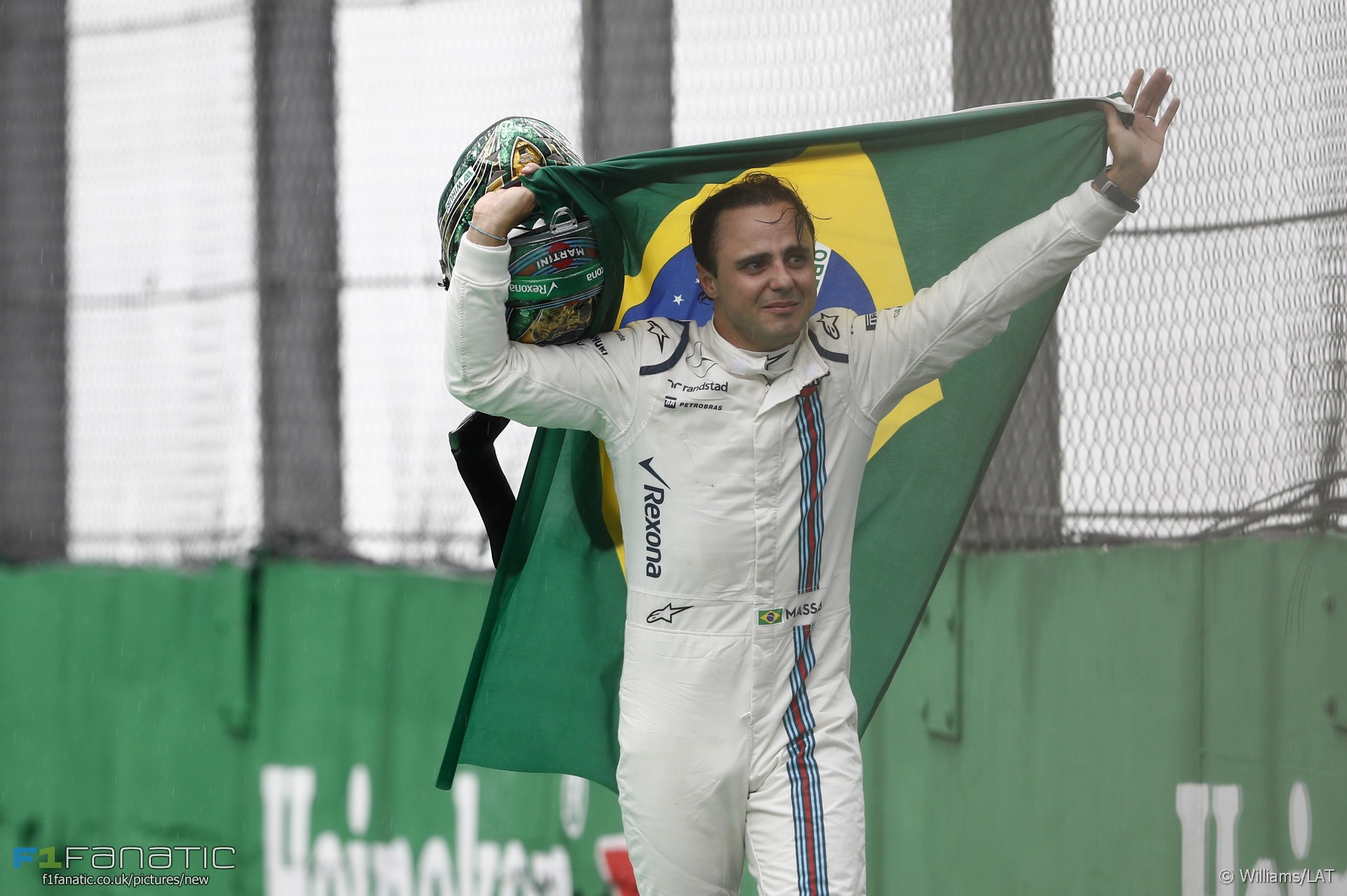 Felipe Massa will say farewell to his home crowd for a second time this year.

And though the championships have been decided there are still some important and interesting battles to be settled in the remaining two races.

For the second year in a row, the Brazilian Grand Prix is expected to be Massa’s finale home race. Last year’s would have been had Nico Rosberg’s post-season retirement not led to Massa’s return.

It leaves a strong likelihood that there will be no Brazilian drivers on the grid next year. There are others with sufficient superlicence points to make the switch, such as Lucas di Grassi, Helio Castroneves and Nelson Piquet Jnr, but none likely to do so and no new names coming up through the junior series are ready to make the move.

When he had a front-running car this one of Massa’s strongest venues. He would have had a hat trick of wins between 2006 and 2008 had he not handed victory in 2007 to Kimi Raikkonen so his then-Ferrari team mate could win the championship.

Two other drivers in the field have won at this track before. Sebastian Vettel is a two-time winner and Lewis Hamilton finally won this race for the first time last year.

Vettel’s championship bid came to an end in Mexico and he is in genuine danger of losing second place to Valtteri Bottas in the drivers’ championship. Of course no Formula One racer is truly interested in finishing second, but if Vettel stays ahead it will be the first time anyone has beaten a Mercedes driver in the championship since 2014.

Fortunes have changed at Red Bull. Technical problems have kept Daniel Ricciardo from finishing in the last two races, something which hasn’t happened to him since the opening rounds of 2014.

Meanwhile Max Verstappen has won two of the last four races. It may be too late for him to nab fifth in the championship off Raikkonen, who is 30 points ahead of him, but Verstappen has out-scored the Ferrari driver 80-30 since Malaysia. Still it’s a huge turnaround for the Red Bull driver who was behind Sergio Perez in the points nine races ago.

Perez has a fight on his hands with team mate Esteban Ocon who has out-scored him in the last three rounds and is nine points behind with two races left. Force India cannot be beaten to fourth place in the drivers championship now so we could be treated to a thrilling battle between the pair for bragging rights within the team.