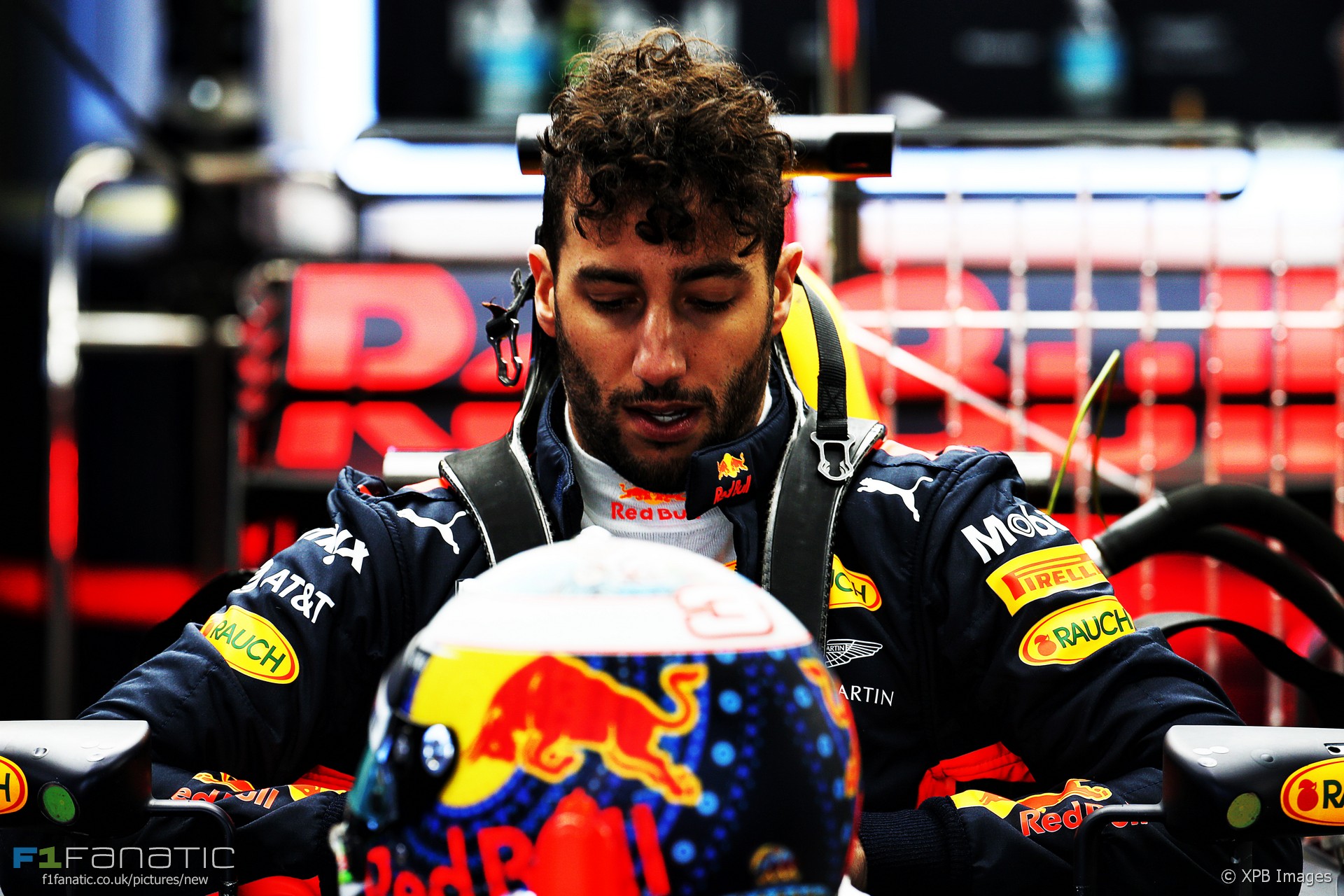 Three of the six Renault-powered drivers in the field have already incurred grid penalties for this weekend’s Brazilian Grand Prix.

Gasly suffered a further power unit problem in first place which prompted his team to fit a ninth MGU-H and a seven turbocharger, giving him a further 15 place grid drop meaning his total penalty is now 25 places.

Ricciardo has previously taken power unit component penalties at the British, Italian and Mexican Grands Prix. Hartley has now had penalties in all three races he has started, while Gasly had a penalty in Mexico too.