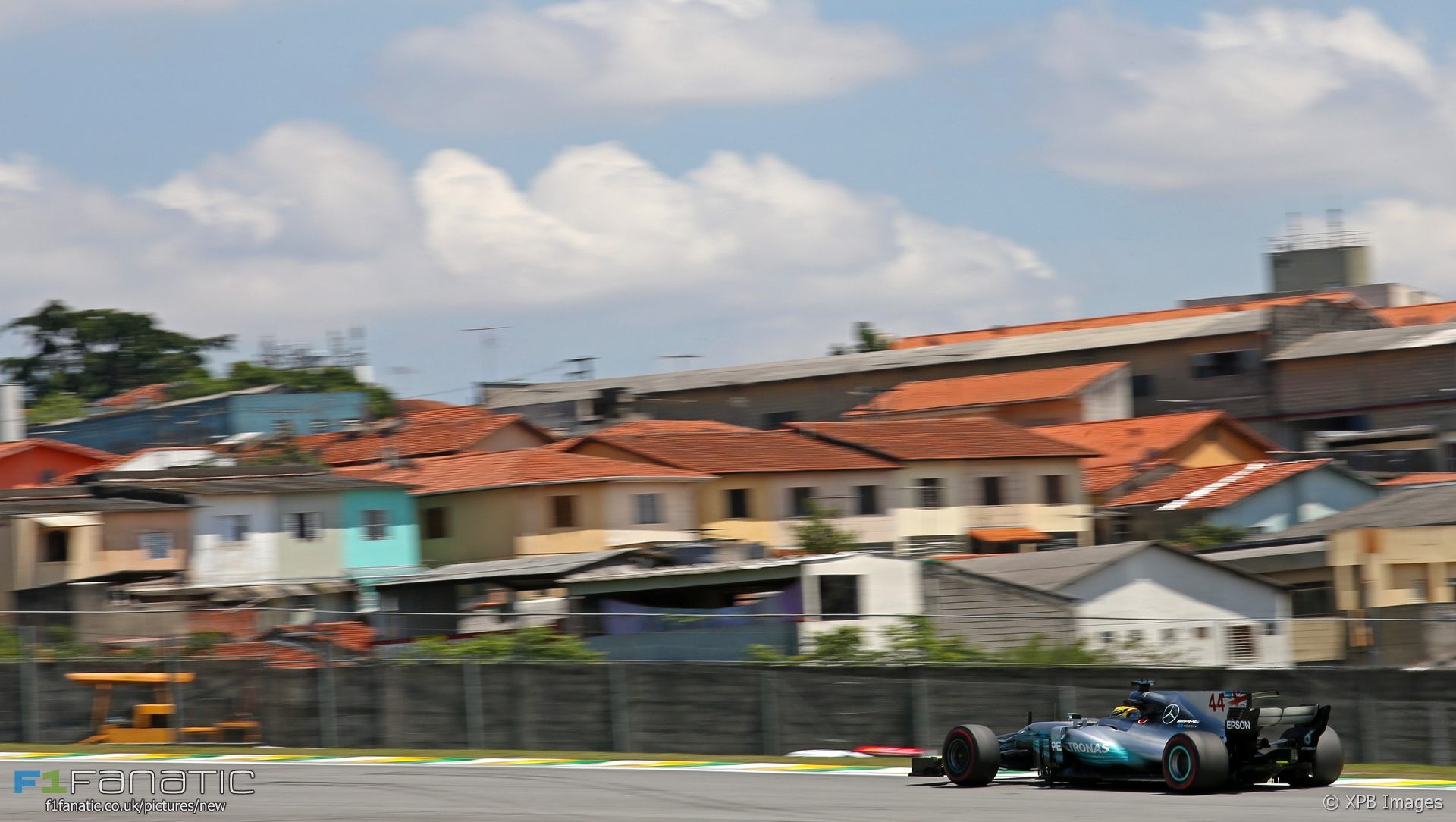 Lewis Hamilton has revealed several of his Mercedes team members were robbed at gunpoint on Friday evening at Sao Paolo.

“Some of my team were held up at gun point last night leaving the circuit here in Brazil,” said Hamilton on Twitter. “Gun shots fired, gun held at one’s head.”

“This is so upsetting to hear. Please say a prayer for my guys who are here as professionals today even if shaken.”

“This happens every single year here,” added Hamilton. “F1 and the teams need to do more, there’s no excuse!”

Mercedes confirmed one of the team’s minibuses was robbed at gunpoint after leaving the Interlagos circuit. Valuables were taken but no one was harmed.

Armed muggings have been a persistent problem for F1 teams visiting Sao Paolo. Mercedes team members were also robbed last year. In 2010 Jenson Button was among the victims of an armed attack.

33 comments on “‘It happens every year, there’s no excuse’: Mercedes staff robbed at gunpoint”