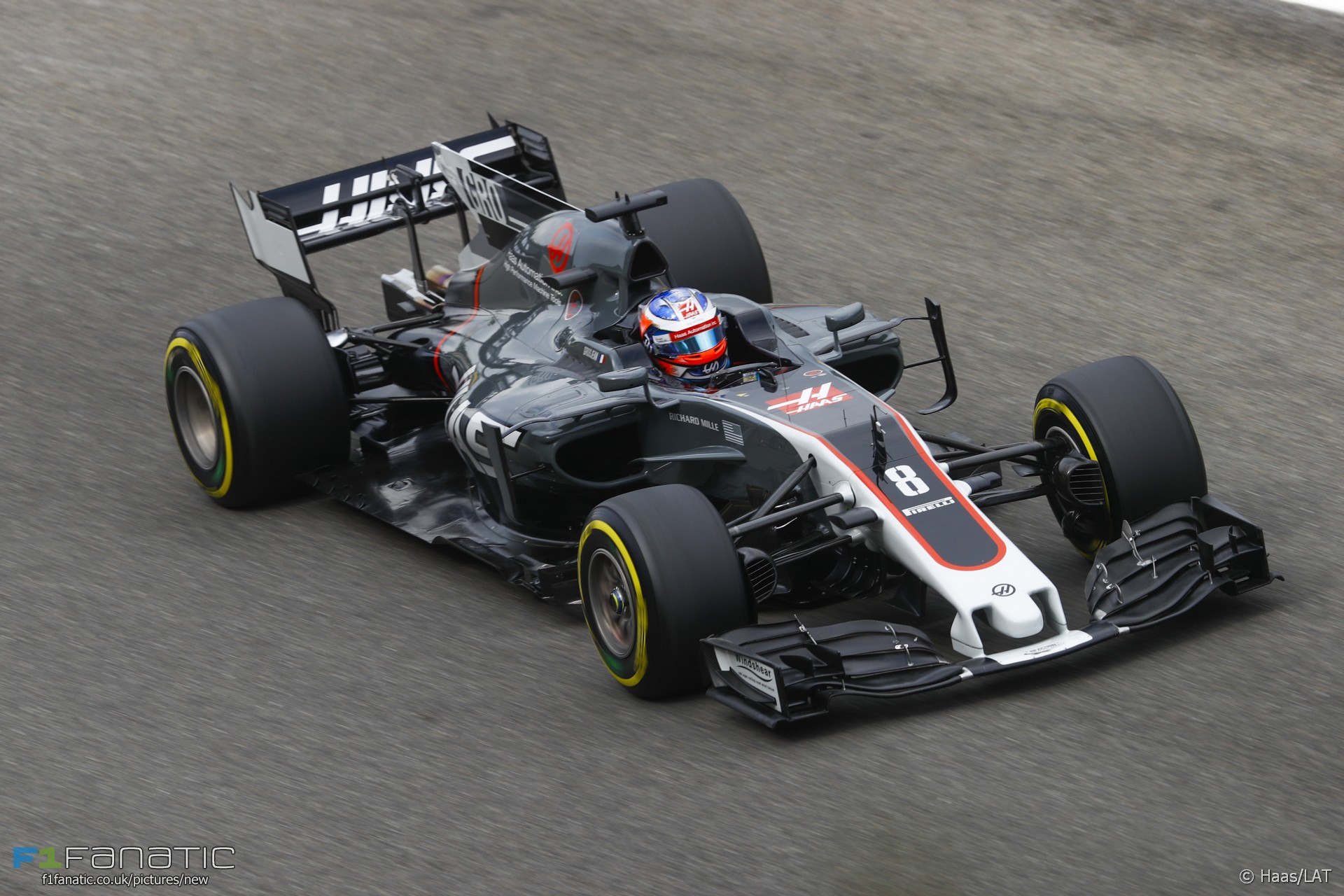 Romain Grosjean said a puncture caused his first-lap collision with Esteban Ocon which led to him receiving a penalty.

The Force India driver retired following the collision between the pair at Ferradura. Grosjean continued but later had to serve a 10-second time penalty and was given two penalty points on his licence.

“I’m sorry for Esteban Ocon,” Grosjean posted on social media, “but with a puncture (from being hit into turn one) it’s rather difficult to control the car.”

Grosjean added he is “personally struggling to understand the penalty though.”

The Haas driver now has a total of six penalty points for the current 12-month period.