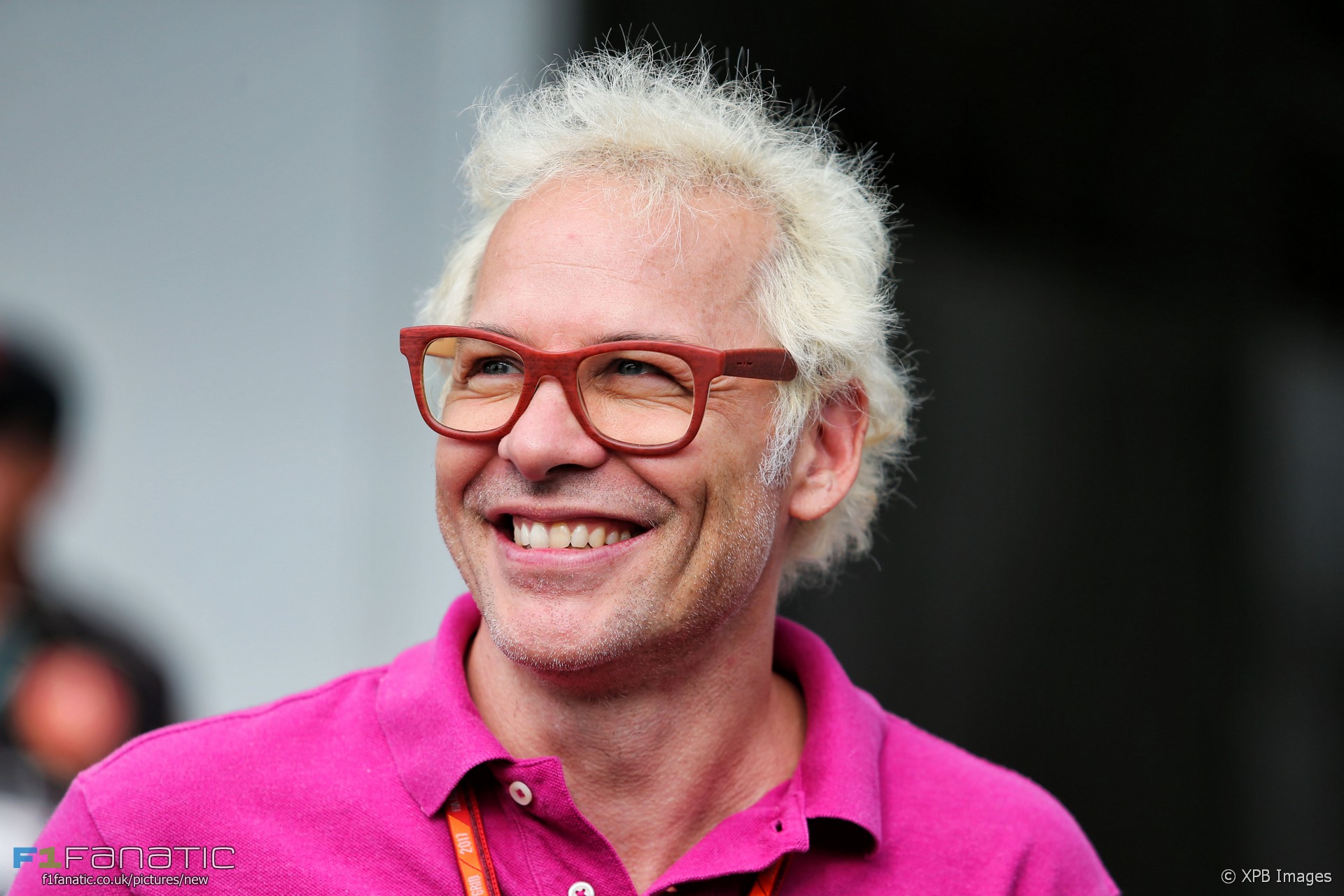 “He is super quick, very talented and the few times I met him at the race track last year I was very impressed with his attitude.”

Jacques Villeneuve was more positive about Lance Stroll’s potential before the season began. But Villeneuve tends to shoot from the hip, and when asked about Stroll’s performance since then Villeneuve’s replies have been characteristically trenchant.

Is Villeneuve’s criticism personal or professional? His claims are strongly-worded, but do the facts back them up? Let’s take a look.

“One of the worst rookie performances”

The results speak for themselves. It is one of the worst rookie performances in the history of Formula One.

There’s obviously many ways this can be calculated. But in times of raw pace, qualifying performances are telling. And at this stage in the season Stroll’s weren’t good.

Over the first seven races he averaged nine-tenths of a second slower than Massa in like-for-like sessions. That translated to an average qualifying position of 15.1 to Massa’s 8.2.

Was that the worst rookie performance of all time? It wasn’t even the worst of this season. Jolyon Palmer was 1.1 seconds off Nico Hulkenberg’s pace over the same races.

However if we ignore Australia, where Palmer had a technical problem, that figure falls to 0.85s. And unlike Stroll, Palmer has not kept his seat.

By other measures Stroll’s start to life in F1 hadn’t been that bad. Granted he’d posted three retirements and stopped before the flag in Monaco. But two of these four stoppages were due to technical failures and only one was because of a collision he caused, in China.

And in the two races where he and Massa were running at the end Stroll was 11 seconds behind (Spain), and 18 (Russia), indicating his race pace was considerably better than his qualifying performance. Calling this the worst any rookie has ever done is a stretch.

He wasn’t quick in Montreal, but everybody broke down, he kept his nose clean, he got points, and that took a weight off his shoulders.

At his home race Stroll went out in Q1, where he was seven-tenths of a second slower than his team mate, who reached Q3. Following his pit stop he was quick enough to pass the Saubers, Palmer, Romain Grosjean and Fernando Alonso. Undoubtedly having a Mercedes power unit helped against the likes of Honda and a year-old Ferrari on a track with long straights, but even so it’s not correct to insinuate he didn’t do any overtaking.

He was helped by some retirements, notably the first-lap crash which wiped out his team mate and Carlos Sainz Jnr, plus the stoppages of Max Verstappen and Daniil Kvyat.

While Stroll wouldn’t have reached the points without at least three of these four retirements, it’s not as if this was an unusually high number of drop-outs from a race. Villeneuve gave Stroll too little credit here.

“He’s the only driver who tests”

He did well, but also he’s the only driver who tests between races. That’s a little bit tough to swallow. Money has to have a limit, and that’s pushing it.

Williams have been secretive about the programme they have undertaken with Stroll to give him extra track time at Formula One venues around the world in a 2014-specification car. This is the kind of preparation which is only really available to drivers with billionaire fathers.

There’s no doubt that for a driver with as little F1 experience as Stroll, the opportunity to do more running in an F1 car is helpful. In the days before testing was restricted it was commonplace for new drivers to rack up tens of thousands of test kilometres before making their debuts. That was true for Lewis Hamilton ten years ago and it was true for Villeneuve another 11 years before that.

Of course not all venues can be tested at and Baku, the street circuit where Stroll took his best-yet result of third, is one he couldn’t visit.

Villeneuve may have a point but the fact Stroll is able to buy an advantage not available to others is surely F1’s fault, not his.

“He was about to get lapped by his team mate”

Villeneuve was scathing about Stroll’s most recent drive.

It wasn’t impressive. He was about to get lapped by his team mate. Then he blew a tyre so at least he has an excuse.

By lap 66 at Interlagos both Williams drivers had pitted once – Stroll enjoying the fastest complete stop of the race – and were running to the end. Stroll had gone one lap longer than Massa before switching to soft tyres.

The pair were separated by 1’06.8 seconds. Massa was lapping around the 1’14.4 range, about 1.1 seconds faster than Stroll. On paper he was 7.6s off lapping Stroll and poised to gain 5.5s over the remaining five laps. However when we factor in how early blue flags are shown and how eager Williams would have been to ensure their non-points-scoring car didn’t impeded the points-scoring car and it’s not hard to imagine how Stroll might have ended up getting lapped by his team mate.

To put that into perspective, the next-largest gap between any pair of team mates was the 15 seconds separating the Red Bull drivers, one of which had gone off on the first lap.

In mitigation, Stroll can point to the fact he was running a previous-specification version of his power unit and couldn’t use its high-power modes to assist in overtaking. Nonetheless Villeneuve had a point here.

“You can’t just look at the points”

With one race left Stroll has amassed 40 points and could end the season in front of Massa, who’s on 42. Has his season really been that bad? Villeneuve has an answer for that:

Here’s the lap time difference in qualifying between Stroll and Massa at each race* this year.

*Massa did not qualify at the Hungaroring

There isn’t a great indication of progress here. If we consider Australia an outlier then we probably have to do the same for Italy, though nonetheless Stroll deserves credit for his excellent performance very wet conditions.

He has tended to perform better at tracks he knows well. Monza from his Italian F4 and Formula Three days, Red Bull Ring likewise from F3 and Sepang from one of those tests. But in the last four races alone he’s usually been a second off, even around the short Interlagos track, though noting again he had that engine problem.

So in terms of qualifying pace Villeneuve again is not far wrong. But again his race performances are a different matter.

Before he arrived in F1 Stroll had a reputation for being crash-prone, particularly after two serious accidents. He has shrugged that off, completed more racing laps than Massa so far and reaching the top ten seven times. Since Russia he’s been classified in every race bar Suzuka, where a front-end failure put him out.

As Villeneuve indicates, Stroll’s points situation compared to Massa is flattered by Baku. On what was set to be the biggest pay-day of the season so far for Williams it was Massa who suffered a technical failure. That potentially cost him a win, very likely a podium finish ahead of Stroll. As it was Massa lost 15 points to his team mate, who he is now two points ahead of.

Villeneuve’s recommendation for how Stroll could improve was perhaps predictable:

Have a slower team mate.

In terms of Stroll’s one-lap pace it’s not hard to see why Villeneuve says this. The only other driver on the grid who was as far behind his team mate as Stroll is was dropped three races ago.

Villeneuve has always been one of the most outspoken characters in Formula One, which is partly why his criticism of Stroll has such headline-friendly bite. But he seems quick to criticise and slow to praise the first Canadian to race in F1 since he did.

Have Villeneuve’s criticisms of Stroll been ‘tough but fair’? Does the rookie deserve a second season at Williams or will he only get one because of the financial backing he brings?

And how well would Villeneuve’s post-championship career career stand up to this sort of scrutiny? Have your say in the comments.

122 comments on “Villeneuve vs Stroll: Is the champion’s criticism tough but fair?”