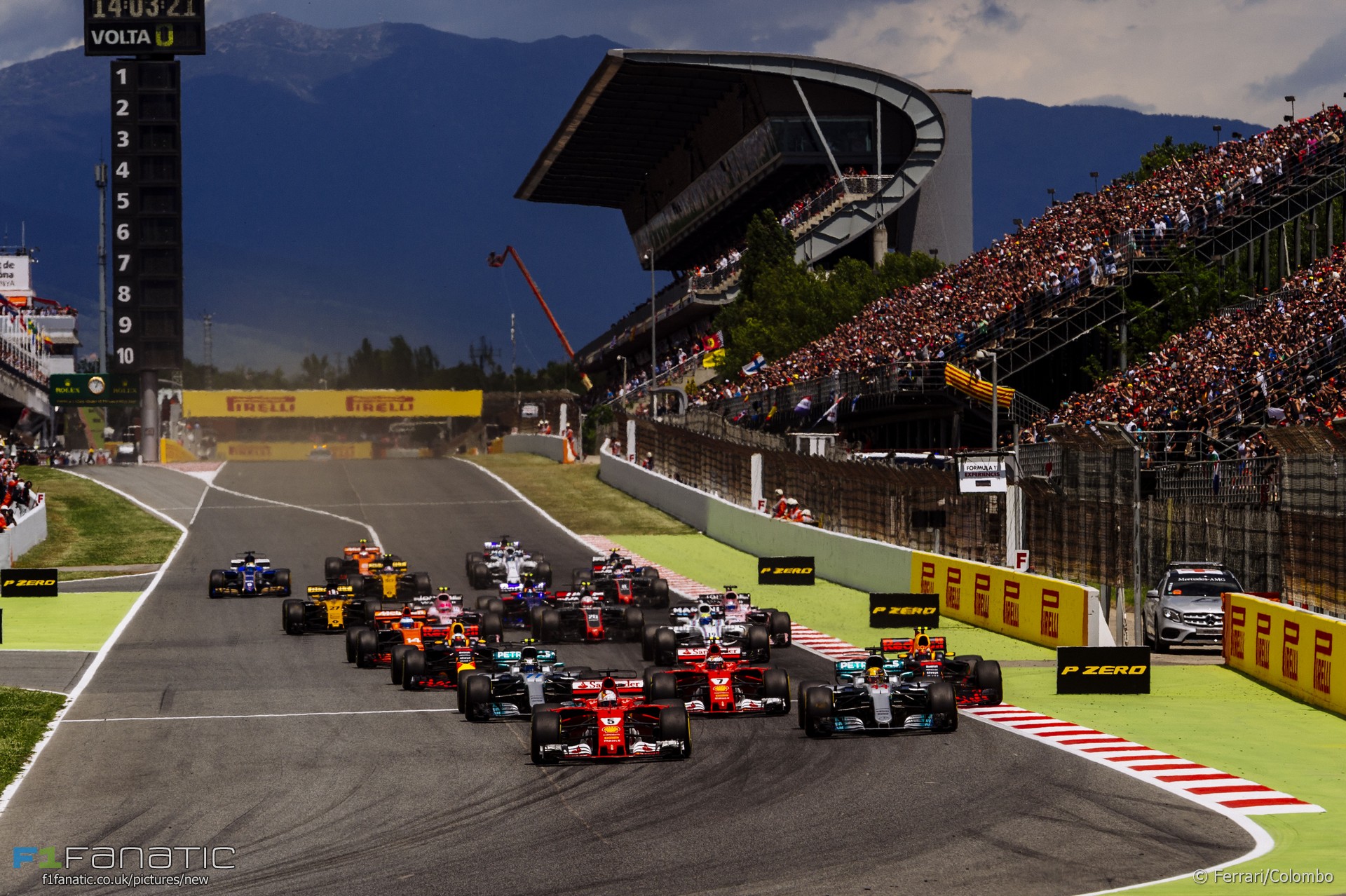 The Circuit de Catalunya, home of the Spanish Grand Prix, will be fully resurfaced in time for the 2018 F1 season, the track owners have confirmed.

The track is also extending the run-off at one part of the circuit to comply with the safety requirements for its annual Moto GP race.

Resurfacing of the 4.6 kilometre track will take place during January before Formula One pre-season testing begins in late February. The two pre-season tests run from February 26th to March 1st and March 6th to 9th.

Changes are also being made at the outside of turn 13 where grandstands are being re-positioned to allow increased run-off area. This is also for the benefit of the Moto GP race, which will revert to using the original configuration of the final two corners, omitting the chicane which F1 has used since 2007. Moto GP has used the chicane configuration of the track for the last two seasons following Luis Salom’s death in a crash at the track last year.

Some Moto GP riders have complained F1 cars have created bumpy track surfaces at some of the venues shared by the two series. The Catalunyan venue is one of four tracks on the 2018 F1 calendar which Moto GP will also visit, along with the Red Bull Ring, Silverstone and Circuit of the Americas.

The Circuit de Catalunya will hold the Spanish Grand Prix for the 28th year running in 2018. It has been on Moto GP’s schedule since 1996.