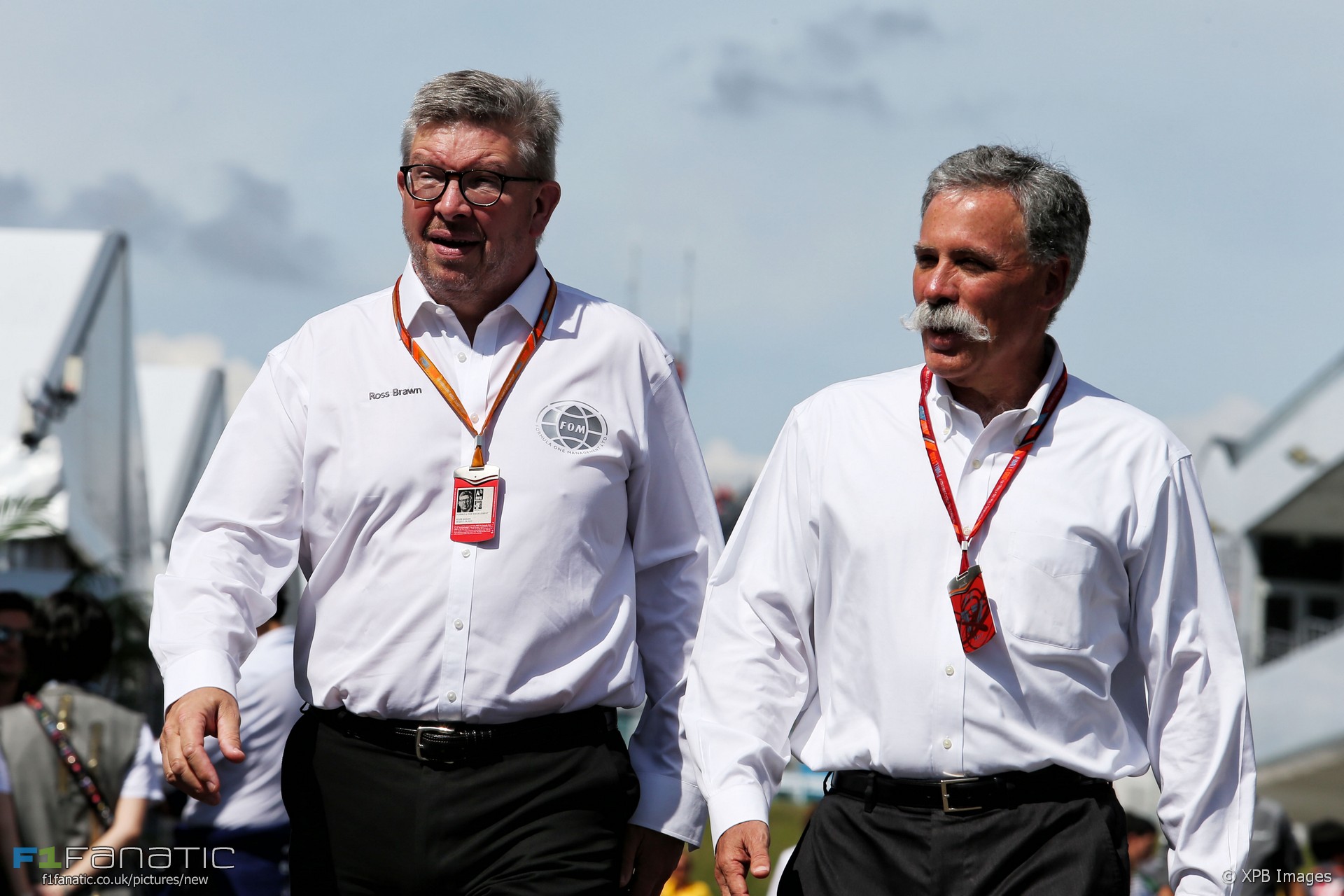 "I think it comes back to the fact that the easiest thing is always to do the same and if there is change then nobody wants change. I mean, in normal life if something changes you have difficulty to change to it."

"The FIA has therefore decided to return the entry fee, less the administrative costs incurred by the Federation as part of the entry process, to the entity within the Manor Group in administration as a gesture of good will to assist in payment of outstanding debts."

Honda 'tried to do too much' with 2017 concept changes (Crash)

"We tried to do a little bit too much, the modification, so that’s why I have decided to keep the concept for next year, so that from a reliability point of view we are pretty much confident."

"I'm more comfortable in the cockpit now than ever before, and my rate of progression over the second half of the season has been very satisfying."

"As you would expect, he adapted quickly to a rather unique driving style."

"There are very high loads to accommodate, so I think the bigger impact is structural rather than aerodynamic."

"Whatever we've finished there with, we can take to Abu Dhabi, and hopefully there's no cracks or issues. Then in Abu Dhabi, the last race of the year, we have got to go for it."

"Swapping from one car to the other is something I wouldn’t do anymore: this year we actually made the decision to have other FP1s, not on a F2 weekend, and I’m very happy about this decision because I think last year was a big mess for me."

"Speaking to reporters as he left today's case management hearing, Mallya said he has repeatedly stressed that he has done nothing wrong and will let the evidence speak in court."

Macau circuit layout gives me food for thought… Beyond the lack of run offs, the twisty but challenging section over the mountain builds anticipation before the wide slipstream + overtaking zone to Lisboa. Something for track designers to think about!

Lewis Hamilton visited Mercedes’ chassis and engine builders in Brackley and Brixworth where he was given a ‘guard of honour’ salute in recognition of his fourth world championship victory.

Have you already got used to the appearance of Halo?

I can live with the Halo as long as it won’t have any impact on either lap times or the quality of racing. Obviously, I’d rather keep things the way they are, but I’ve already gotten used to seeing it on the cars, so I won’t mind too much as long as the two things mentioned above won’t be affected. Hopefully, in the long-term, they’d resort to either the Shield or the Aeroscreen as they look more fitting on the cars.
Jere (@jerejj)

61 comments on “Give Liberty time to make F1 changes – Steiner”