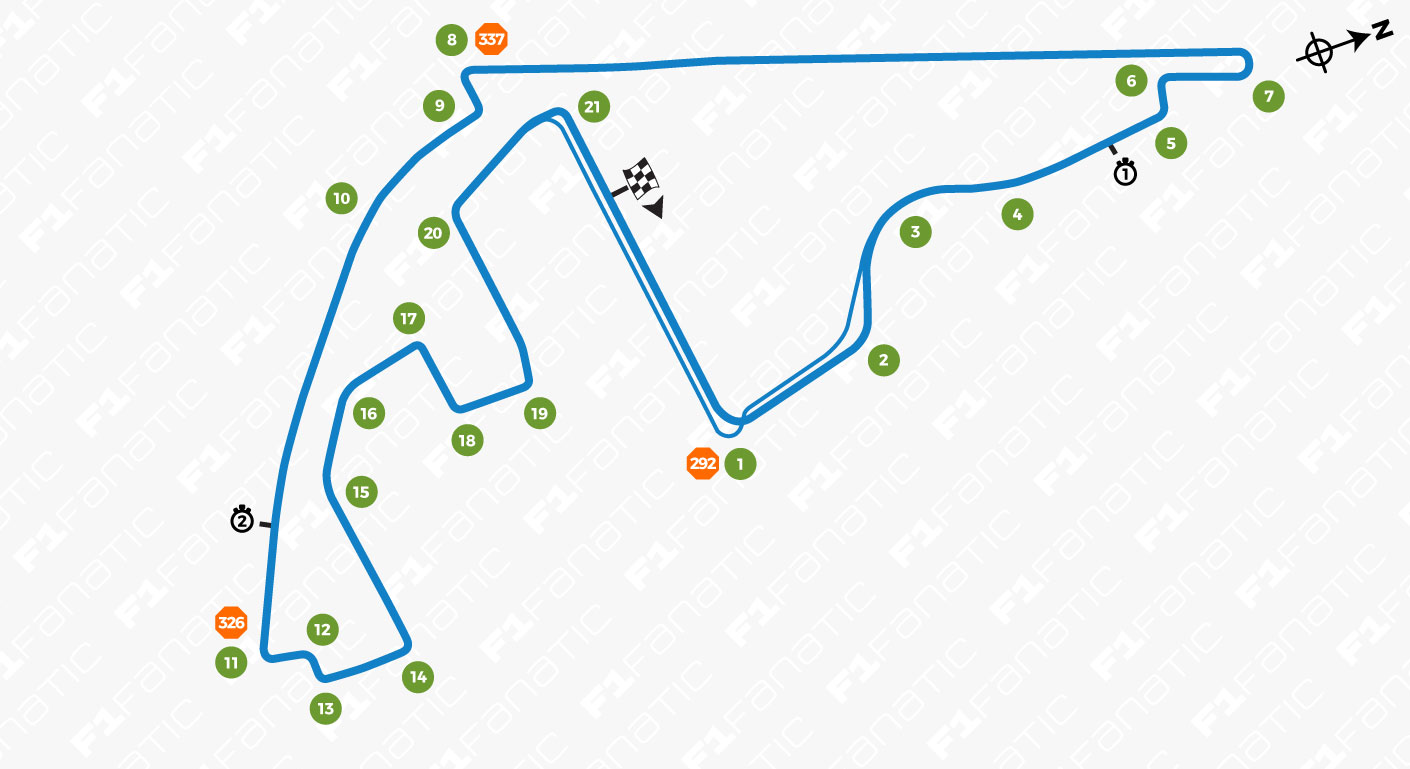 The Yas Marina circuit was built on a man-made island at a vast cost, reputed to be as much as £800 million when it was finished in 2009.

But despite having a blank canvas and no shortage of funds, the resulting track is one of Formula One’s least imaginative and challenging. It doesn’t lack novelty, with its underground pit exit and track-straddling hotel, but it is bereft of character.

This may seem a harsh assessment, but what else can be said of a track which has three purpose-built slow chicanes? Tight corners lead into yet more tight corners. There are two vast straights where drivers can jab their DRS buttons.

The few quick corners on the track have a fairly low arrival speed and are likely to pose little challenge to the current generation of cars. And, of course, enormous asphalt run-off areas border almost every corner. These are ideal for safety but useless for forcing drivers to obey track limits. Rows over the latter are not uncommon at this circuit.

As the race takes place at nightfall the track conditions cool once the lights go out. This means the first and third practice sessions, run in hotter daytime temperatures, tend to be unrepresentative.

Pirelli has again brought its softest range of compounds. One-stop strategies have been standard at most races so far and with few quick corners to put the tyres under severe stress that will probably by the case again this weekend.

A lap of Yas Marina

The lap begins with some of the track’s quickest corners. Turn one, a 90-degree left-hander, is taken at around 150kph. A quick left at turn three leads into a longer right-hander where the pit lane exit emerges from underneath the track. Drivers rejoin the track here can find themselves disputing the racing line with rivals who are already at full speed at the apex of turn four.

Sector one ends here as drivers get on the brakes for the first of many slow corners, a sharp left-right chicane. This brings them to another slow corner, the left-hand hairpin at turn eight.

Getting a perfect exit here is vital as the straight which follows is extremely long. There is a slight kink at the end as turn nine approaches and drivers tackle another left-right chicane. There is slight negative camber at the exit which drivers must treat with caution as they apply all the power again for another long straight.

Again braking from over 300kph, the drivers hustle through three turns in rapid success, again with a crest in the middle creating negative camber at the exit. Each slow turn leads quickly into the next. After a brief stab at the brakes for turn 14 they accelerate along the waterfront and back towards the hotel and pits.

Three consecutive right-handers are tackled as a single corner with a fast, curved approach to the braking zone for tight turn 17. It’s not uncommon to see drivers making mistakes and running wide here as tyres become worn. A pair of slow left-handers follows as they pass under the hotel, the latter bringing drivers close to a barrier at the exit.

The current cars should look impressive through the quicker turns 20 and 21, though the generous run-off here gives drivers plenty of room to recover if they run wide. Expect the stewards to turn a blind eye to this as they have done for much of the season at other tracks.