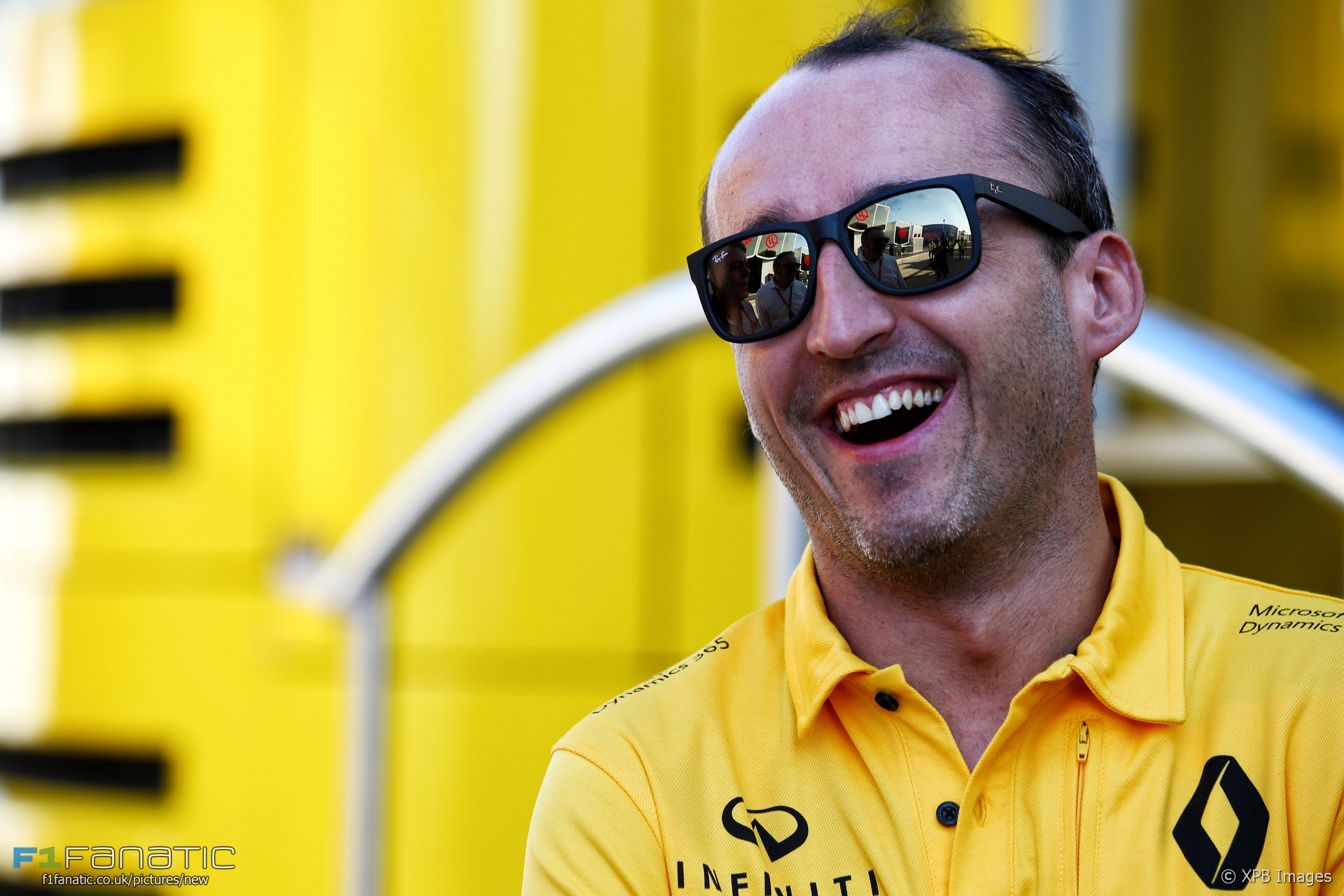 Williams will run Robert Kubica, Sergey Sirotkin and Lance Stroll in next week’s test at he Yas Marina circuit, the team has confirmed.

The team is yet to confirm who will be Stroll’s team mate for the 2018 F1 season.

“The test is aimed at evaluating 2018 candidate tyres on behalf of the Formula One tyre supplier Pirelli,” said the team in a statement.

“Williams is excited to have this opportunity to assess the new tyres across such an interesting range of drivers: Lance, as confirmed race driver for 2018, Robert with his huge experience, and Sergey as a very promising young talent in Formula One.”

Sirotkin’s last full season of competition was in GP2 (now Formula Two) last year. He finished third behind Pierre Gasly and Antonio Giovinazzi. He has previously been a test driver for Sauber.

47 comments on “Williams confirm Kubica, Sirotkin and Stroll for test”