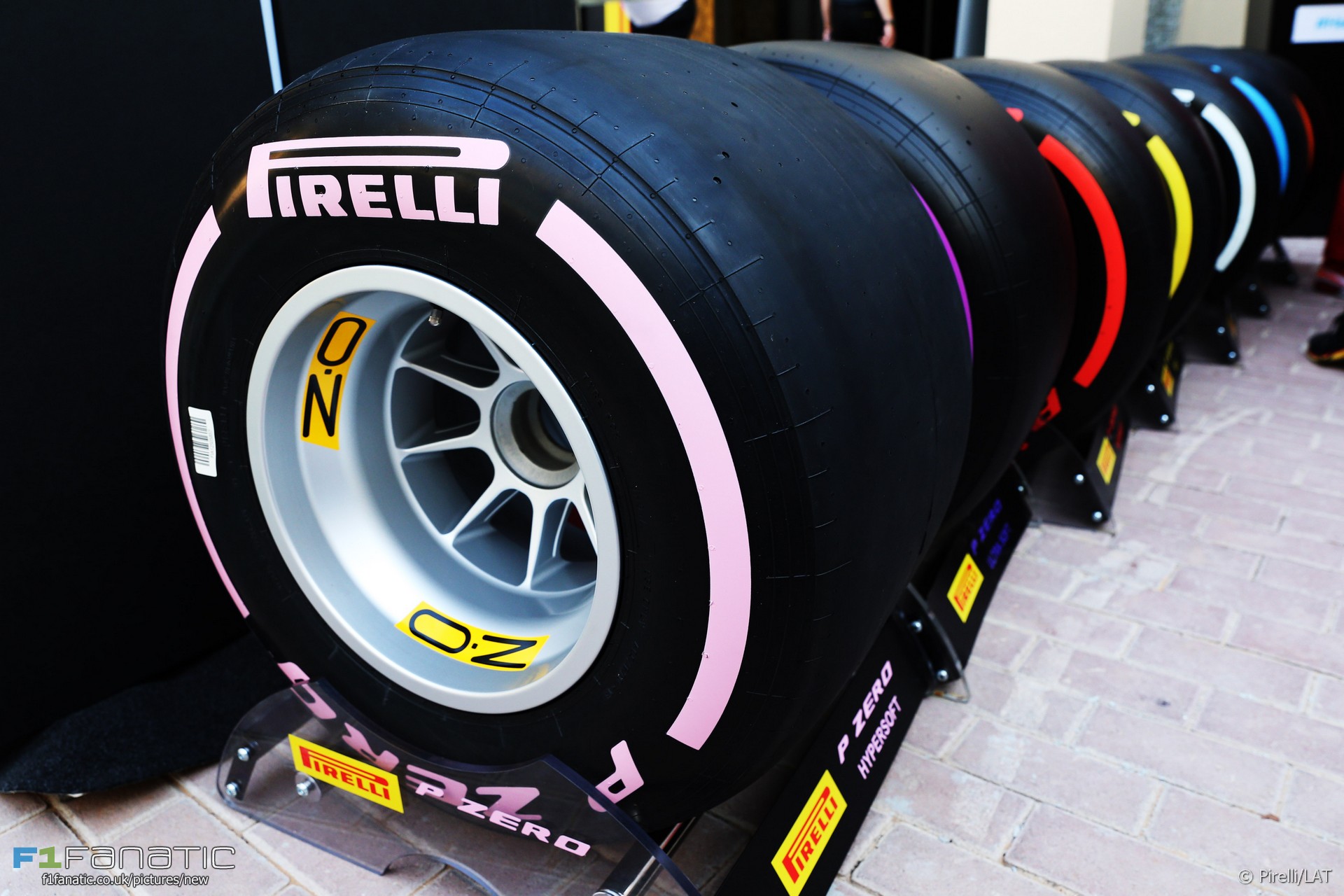 Pirelli will add two new tyres to its range for the 2018 F1 season, increasing the number of dry-weather tyres available from five to seven.

The new softest tyre will be called ‘hypersoft’. The name won an online poll of fans in which 62% chosen it over two alternatives: ‘megasoft’ and ‘extremesoft’. Pirelli has previously announced the hypersoft will be coloured pink for identification.

Formula One’s official tyre supplier will also add a new harder tyre named the ‘super hard’ next year. It will take on the orange colouring used by the current hard tyre.

The hard tyre will be coloured ‘ice blue’ according to Pirelli. All the other tyres in their range will remain unchanged including the wet tyre, which is also blue.

Although the appearance of some tyres remains unchanged, Pirelli says the compounds, constructors and working rangers for the tyres have been revised. The tyre manufacture received some criticism this year for the hardness of its tyres. Its hardet compound was only nominated for the Spanish Grand Prix and was not used by any drivers during the race.

“We realised that, under the unique circumstances of this year, some of our 2017 compounds were perhaps conservative,” Pirelli’s head of car racing Mario Isola admitted.

“The tyres we have created for 2018 addresses this, in line with the objective of having around two pit stops at most races.”

“However, the fundamental design concept of the tyres hasn’t changed next year, preserving the attributes that all drivers have appreciated this year and allowing them to push hard from the start to the finish of each stint. The new range consists of faster tyres that should lead to even harder and more spectacular racing in 2018.”

The full range of tyres and colours for 2018 are as follows: