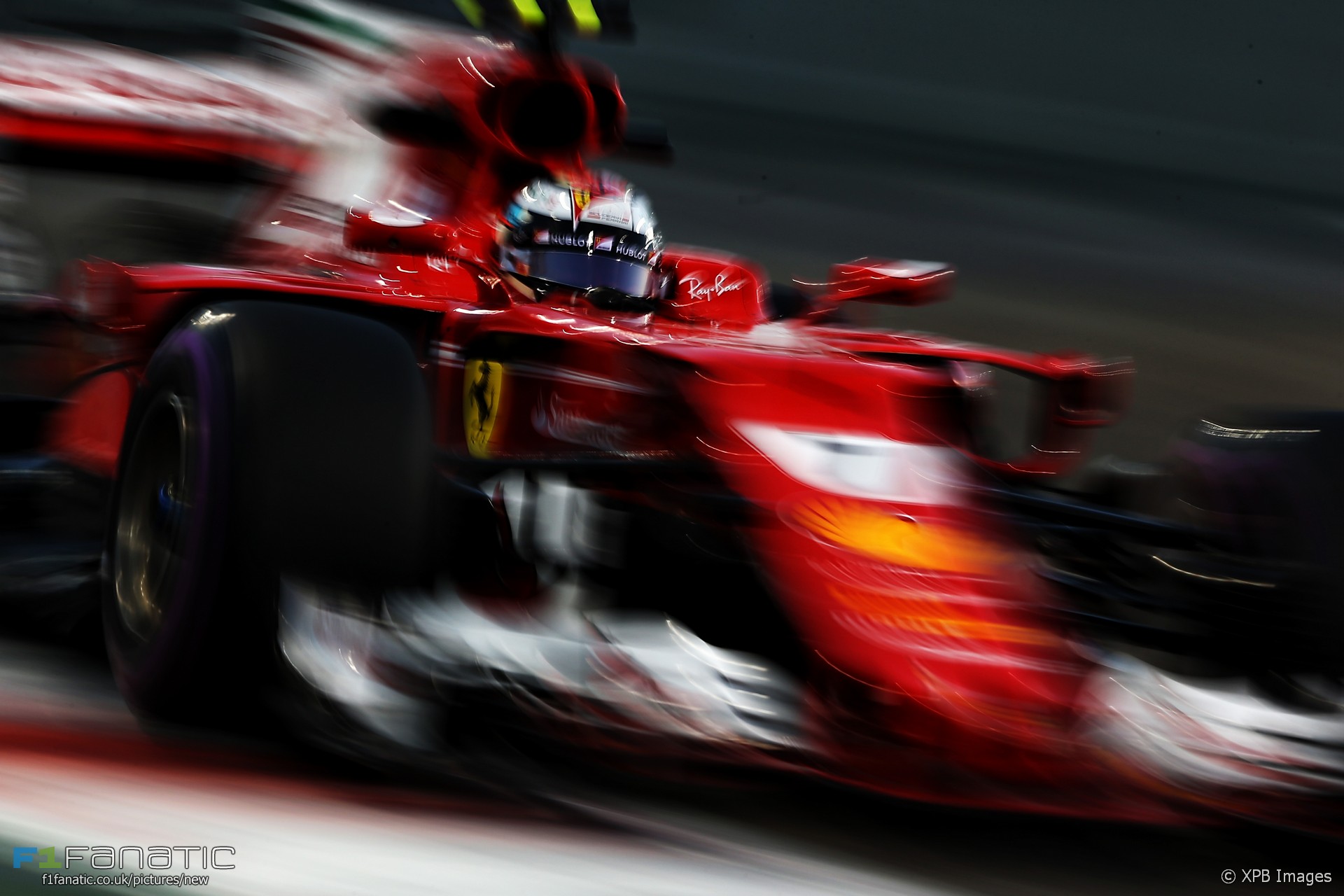 The Friday practice pattern at Yas Marina is well-recognised: Ignore the times from the first practice session because it’s the cooler second session which matters.

This rings especially true this year as the first session on Friday was slightly hotter than usual. Track temperatures were up at 43C, and dropped by over 11C by the time second practice began.

Sure enough, the teams evidently used the first 90 minutes of running as an early 2018 season test session. That much was clear when Kimi Raikkonen took to the track with an enormous apparatus on his Ferrari. What Mercedes were up to was less obvious, though Valtteri Bottas admitted the first session was all about next year rather than the next race.

Once the sun had gone down and the ultra-soft tyres had come out in second practice the result was encouraging for those hoping to see a close race. The top three teams were separated by three-tenths of a second.

But this is a track where Mercedes’ ability to crank up its engine performance tends to bring greater rewards in qualifying. Last year they were only ahead by two-tenths on Friday, but that margin swelled to eight-tenths on Sunday. Mercedes don’t have to worry as much about trimming their cars out for speed on Yas Marina’s two long straights.

The usual one-stop strategy is likely to be the teams’ preferred approach. Whether anyone can get close enough to Mercedes to threaten them with the ‘undercut’ could be they key to the race. Splitting on the grid would be a useful start – something which looks a possibility given Bottas’ inability to match Hamilton’s pace so far.

Force India are solidly in the ‘best of the rest’ slot but behind them Renault appear to have found some pace. “We do look quite competitive,” Nico Hulkenberg admitted. “I would say there is not much between us and the Force Indias and McLaren.” They should be in contention for Q3, but reliability in the race has to be a concern for all Renault-engined runners given their recent problems.

But if the front-running teams appear to be a good match on race pace, will that translate into an exciting grand prix? Yas Marina has struggled to produce good races even when there’s a championship hanging in the balance. Lewis Hamilton’s go-slow tactics last year graphically illustrated how difficult overtaking is even when one driver deliberately backs off.

2 comments on “Teams look close on pace but will that make for a good race?”