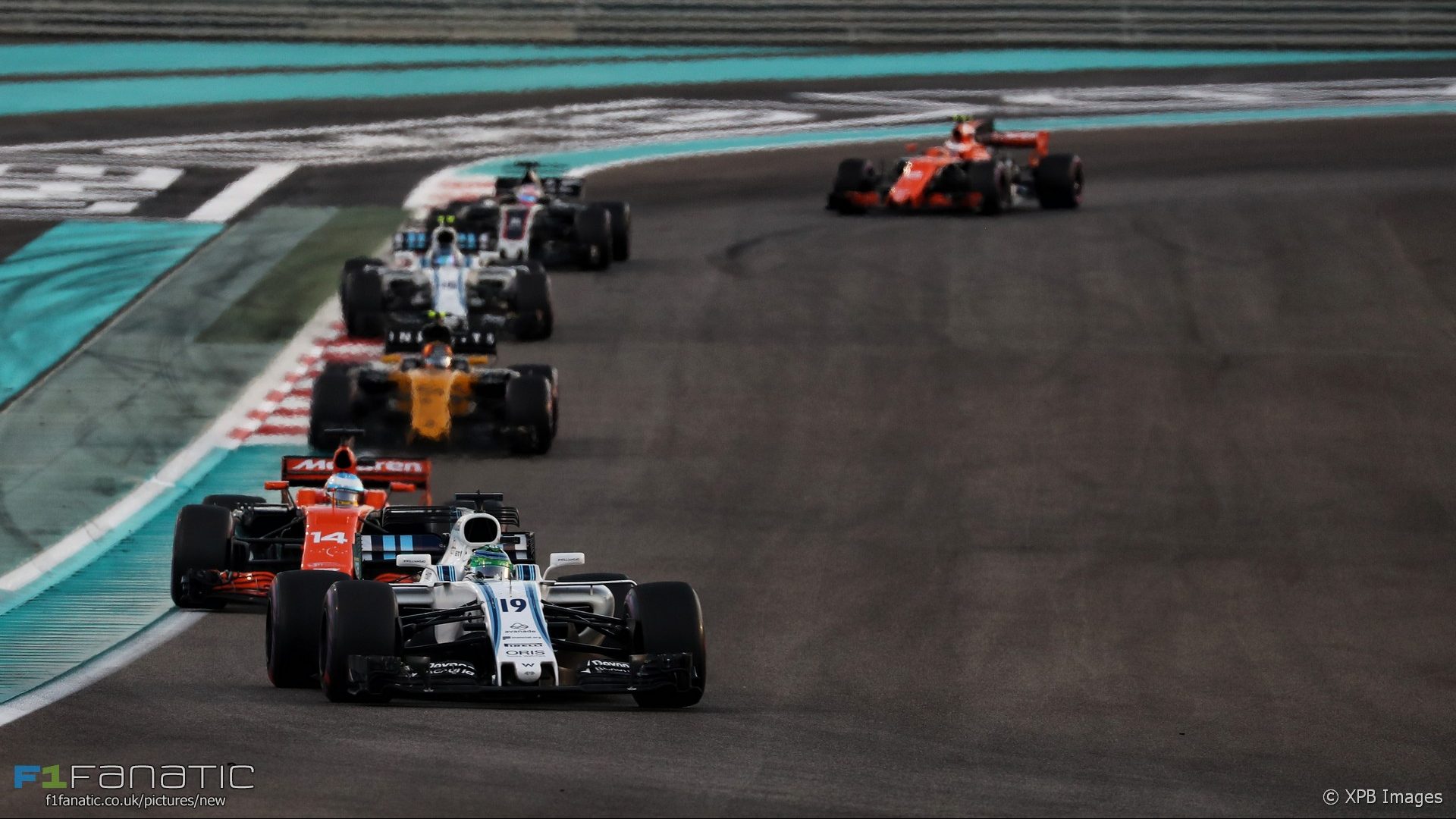 Before the Abu Dhabi Grand Prix weekend began Pirelli announced it will add two new tyre compounds to its 2018 range. It has also developed less “conservative” tyres for next season.

This race showed why many feel they are needed. There was almost no variation in strategy between the drivers. Everyone who reached Q3 started the race on ultra-softs, as did all bar three of the other starters. Those who ran the only realistic alternative strategy didn’t really benefit from it.

Aside from Lance Stroll, who struggled badly with his tyres and made three visits to the pits, everyone pitted just once during the race. Some tried to stay out longer than the others to gain an advantage, but degradation was so low it made little to no difference.

Will that change next year when Pirelli can choose from ‘hyper softs’ and ‘super hards’ along with the existing five tyre compounds? The teams will begin to find out when they run the new tyres for the first time in next week’s test.