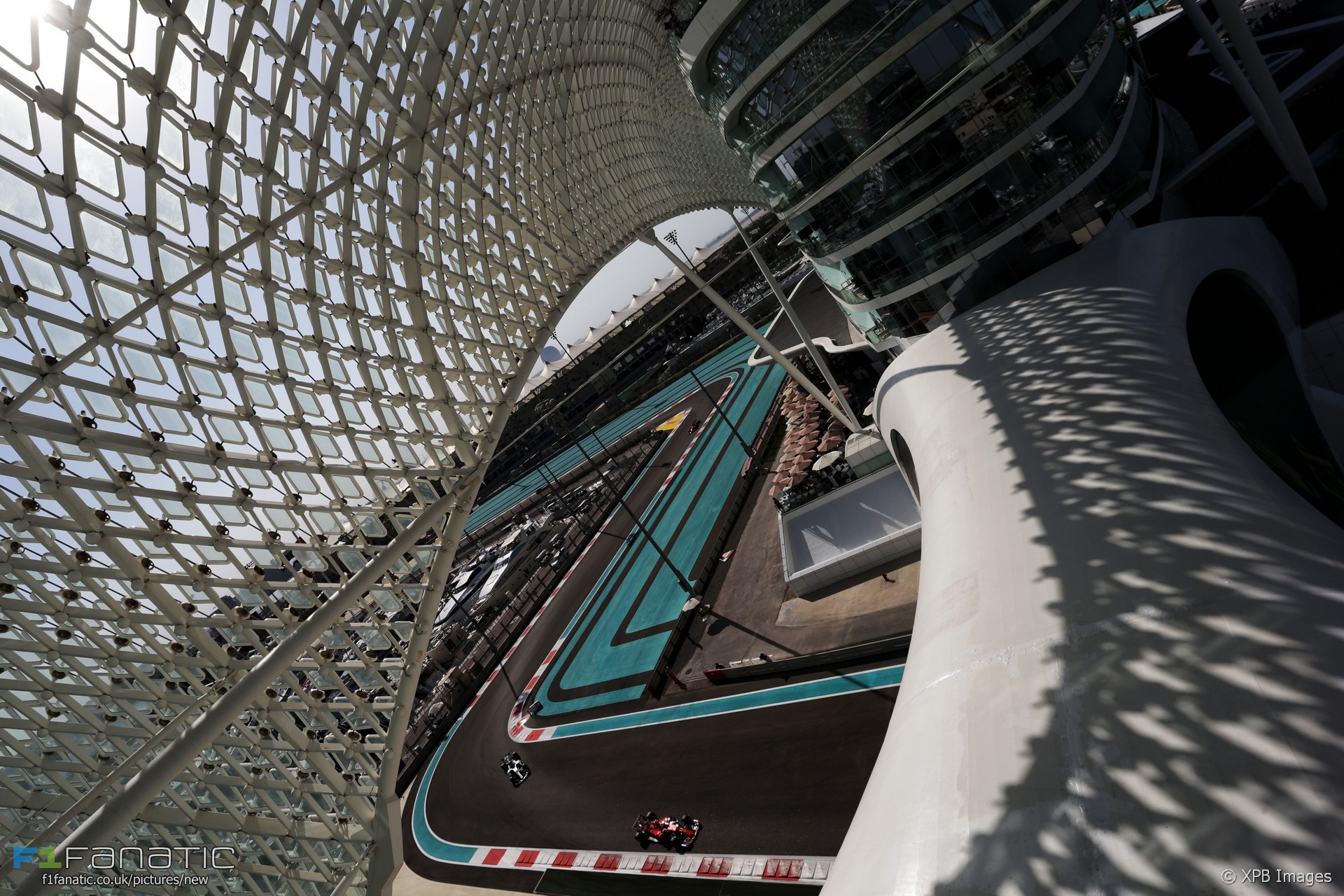 Formula One circuit designer Hermann Tilke says a change is being considered for the Yas Marina circuit to improve overtaking.

The track has gained a reputation for being very difficult to overtake on since its first race in 2009. Following today’s race Lewis Hamilton complained it was almost “impossible” to make a more on his team mate Valtteri Bottas.

Tilke told Sky: “We have an idea to change one corner,” to address the problem. “It’s a very small change by the way. But maybe it has a lot of impact. We are in discussion.”

While not giving away any details about the potential alteration, Tilke denied that removing the chicane at turn four and five was a consideration.

Tilke’s company has had input into the design of almost every circuit on the calendar. However he said there are other factors which make overtaking difficult in Formula One.

“The fastest [car] was in front of the slower, you cannot overtake,” he said. “So what to do. If it is lined up in this way, then what to do? When the faster car is in front and the slower car is behind, what to do?”

Races at Yas Marina have received an average rating of 6.46 out of 10 from F1 Fanatic readers. It is ranked 21st out of the 28 tracks which have held races in the past 10 years. Four tracks on the 2018 F1 calendar are rated below it: Singapore, Hockenheimring, Autodromo Hermanos Rodriguez and Sochi Autodrom.