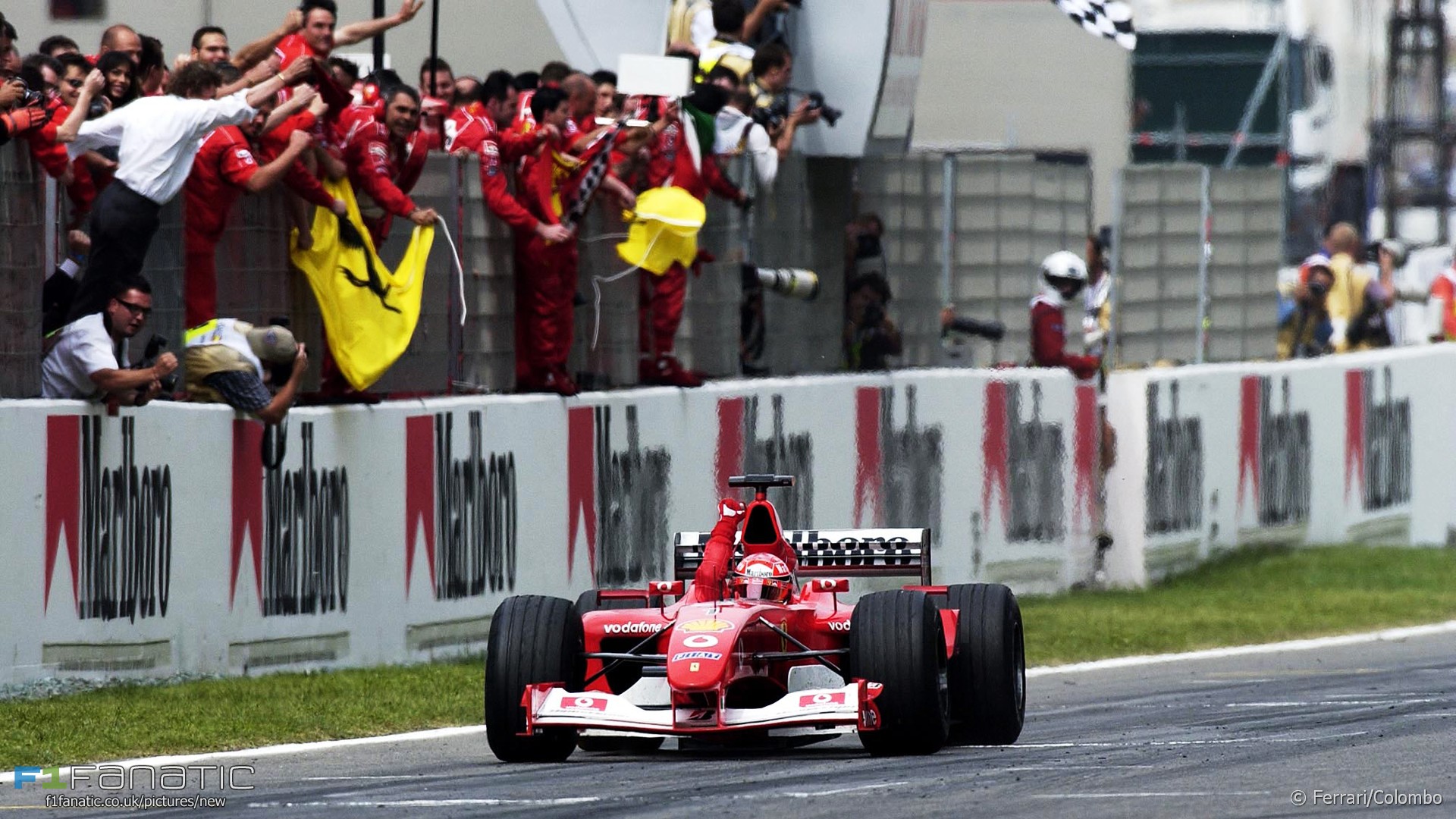 There was relief for Valtteri Bottas in Abu Dhabi as he grabbed his first win since July and went into the winter break on a high.

It was an emphatic triumph for the Mercedes driver who won from pole and set fastest lap, giving him the first ‘hat trick’ of his career. He is the 45th driver in F1 history to do this.

He beat Mercedes team mate Lewis Hamilton who sustained his record of not having won any of the race between him winning the championship and finishing the season. Strikingly, in all five of these races his team mate took pole position: Nico Rosberg did so three times in 2015 and Bottas did in both of this year’s races.

However Hamilton did finish in the points again, something he did in every championship round this season. He is the second driver in F1 history to do this, albeit with a few caveats.

Michael Schumacher is the only other driver to have scored points in every round of the world championship. He did so in 2002, when he was on the podium in every single race.

Juan Manuel Fangio scored points in every world championship round run to F1 rules in 1954 and 1955. He didn’t take part in the Indianapolis 500 in those seasons, which were not run to F1 rules, but did count towards the championship. He also had to drop scores from some of the other races under the rules of the time.

Had the current points system, which awards the top ten drivers, been used in earlier seasons, three other drivers would have matched Hamilton’s achievement of scoring points by finishing in the top ten in every race. Among them is Dan Gurney, who did so in 1961.

Graham Hill did likewise the following year, though in France he was ten laps down in ninth place, which he wouldn’t score points for under today’s rules. Likewise Jim Clark scored top ten finishes in every race of 1963, though in Monaco he was 22 laps down in eighth place with a gearbox problem.

Two other drivers have come close to finishing every race in the top ten. Richie Ginther did so but for a sole 11th place in 1964 and Daniel Ricciardo did likewise last season.

Had Hamilton won it would have been the fourth year in a row he had won at least ten races. As it was, he failed to reach a double-digit victory tally for the first time since 2013.

Victory number three for Bottas means he has equalled Max Verstappen’s win tally, as well as that of 1958 champion Mike Hawthorn, 1961 champion Phil Hill and six other drivers. He also has as many poles as Hawthorn: four.

However the win for Bottas wasn’t enough to keep him from being the first Mercedes driver to finish behind one of their rivals since the V6 hybrid turbo era began. Sebastian Vettel beat him to second by 12 points. Bottas, Hamilton and Vettel stood on the final podium of the year which was fitting as they have been the most prolific visitors to the rostrum this season: it was the 13th for all three drivers.

There was more symmetry with the number 13 going on at Red Bull. Their RB13, launched with the slogan ‘unlucky for some’, racked up 13 retirements over the season and 13 podium finishes.

Formula One’s new generation of cars for 2017 achieved the goal of slashing lap times. They broke the track record at every venue they visited with one exception. This was Monza, whether the record might have fallen too had qualifying not been affected by rain.

Finally, Felipe Massa bowed out of Formula One after 269 starts. These included 52 for Sauber, 139 for Ferrari and 78 for Williams. He scored his last win nine years ago at his home track, on the same day he was pipped to the world championship by Hamilton.

Review the year in statistics here: