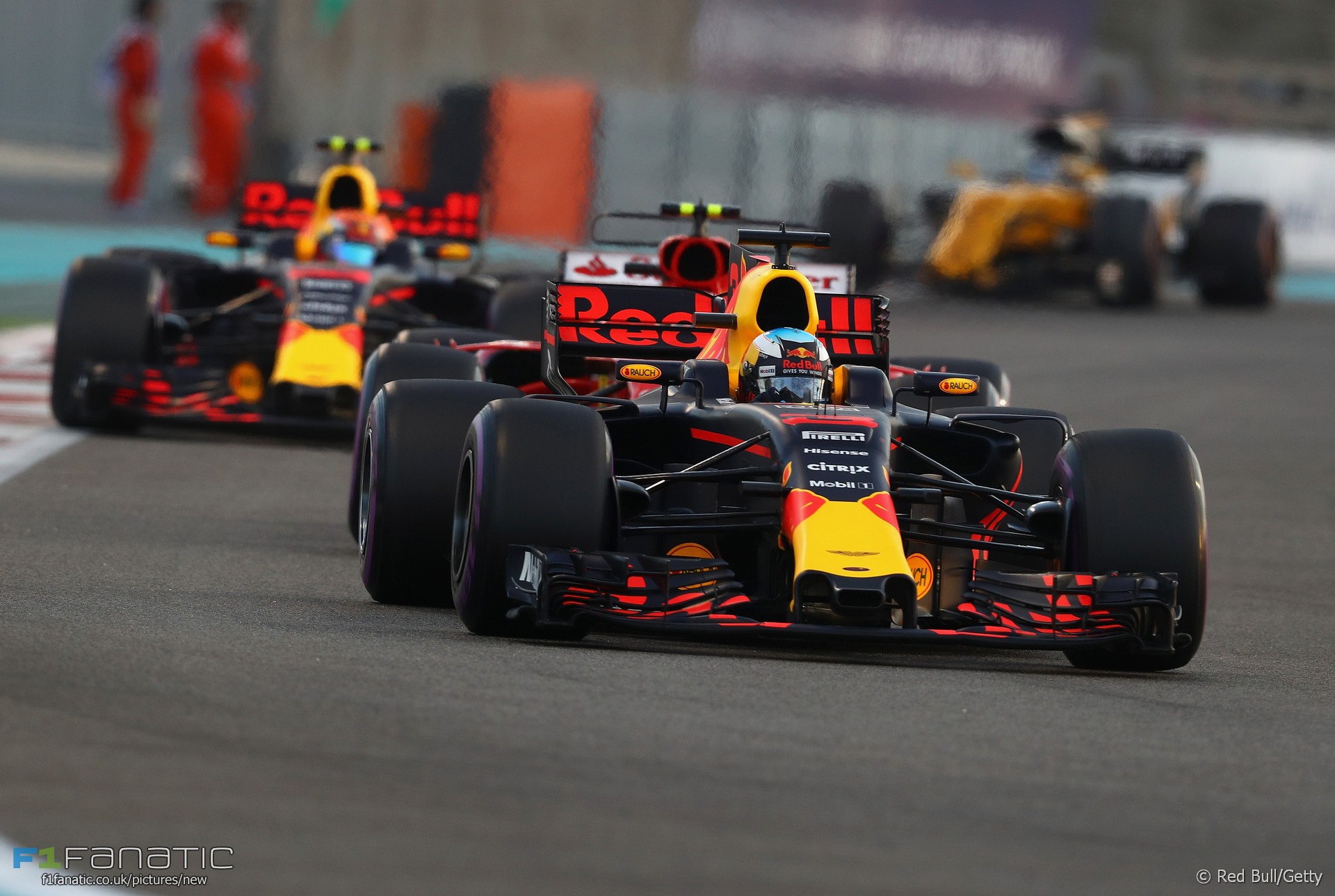 Daniel Ricciardo admitted he wondered how the Abu Dhabi Grand Prix looked on television while he was stuck in fourth place early in the race.

The Red Bull driver, who retired before half-distance with a hydraulic problem, added to the criticism of the racing at the Yas Marina circuit.

“After I’d fended off Kimi [Raikkonen] early on, I was driving around and just about hanging on to Seb [Sebastian Vettel] in front of me, but probably didn’t have the pace to follow him in his dirty air and pass him,” Ricciardo told Red Bull’s website.

“Fourth looked like the best it could have got, and I was genuinely thinking about the viewers, because it was pretty dull,” he said. “The combination of the track layout there and how hard it is for these cars to run close to each other, it just didn’t work. Definitely wasn’t much of a spectacle.”

After the race Lewis Hamilton called for changes to the Yas Marina track to aid overtaking and designer Hermann Tilke hinted a “small” alteration could be made in future.

“I don’t 100 per cent know why the track doesn’t produce great racing,” said Ricciardo, “but I think that when you have a slow corner leading onto a long straight like we do there in a couple of places, and when the DRS zone starts – in my opinion anyway – too late, then you end up with these static races where not a lot happens.”

The changes to the aerodynamic regulations for 2017 have also been blamed for creating more processional races.

“The cars this year – wider, bigger tyres, more disturbed air behind – were always going to make this one tough,” he added. “It was worse than we feared, most probably. Not getting any points didn’t help my mood, to be fair.”