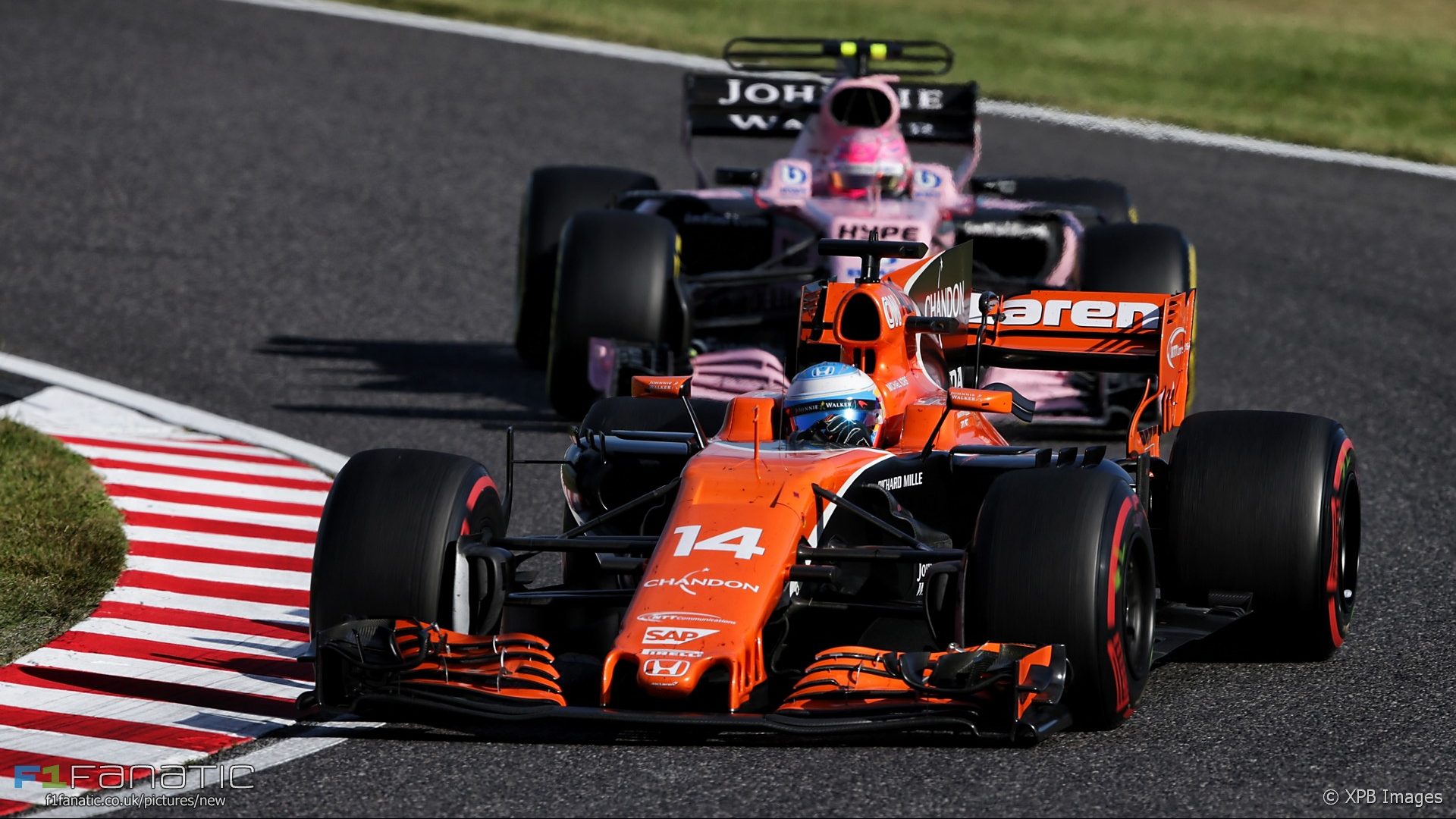 In the round-up: Pierre Gasly sees positives in Honda’s development with McLaren in the second half of 2017.

"At the moment they are definitely improving when you look at the McLarens they are much better now than six months ago so if they manage to keep this momentum I think it will be a good move and surprise everyone in a nice way."

Steiner hopes Grosjean will calm it down in 2018 (F1i)

"I told him we could hear him, but if you keep talking then we cannot talk to you. If you are on the radio all the time then how can we tell you what to do?"

"An operating officer, yet to be named, will take charge of research and development at Sakura in Japan while Hasegawa remains executive chief engineer."

"It is Hamilton's fourth successive victory in the poll. Red Bull's Max Verstappen, who secured two wins this year, is 90 points adrift in second."

"A lot of the things that I did back then, they were right, but today thinking a bit different or just a bit wiser, I hope so, to allow me to do better."

"I don't really understand the aggressive (approach) in aero as everyone is trying to copy each other, what is fast. I don't think we are the team that want to be the geniuses out there that develops something and it doesn't work and we are at the bottom."

"There are rumours coming out Italy that Fiat Chrysler boss Sergio Marchionne wants Haas F1 to take on Maserati sponsorship in 2018, along similar lines to the deal that was recently struck with Sauber for the team to be sponsored by Alfa Romeo."

Funny that Marchionne said shareholders would rejoice at leaving F1 & saving €100m pa. Meanwhile he plays politics and does a deal with Sauber for Alfa & talks about Maserati deal w/ Haas. (C.€50m more per annum / €150m in contract value).

Not only in our memories, he continues to live also through his association ➡️ https://t.co/ULrfZ72bvH #TBT #JB17 pic.twitter.com/o4ULjITMLt

Liberty don’t write the sporting regulations (the FIA do), and the three-engine limit for 2018 was agreed by all manufacturers before it was written into the regulations, so they can’t be blamed for it.

The same applies to contracts with circuits; they can’t just be kicked off the calendar overnight.

Deapite that, I feel that F1 has already changed for the better in 2017 more so than it has done in the previous five to ten years, yet Liberty’s vision for F1 is long term and we should trust in them as so far they’ve shown a very professional and thorough approach. Don’t expect drastic changes until then or you’ll be disappointed.
Mark G (@Sparkyamg)

44 comments on “Gasly encouraged by McLaren’s progress with Honda”