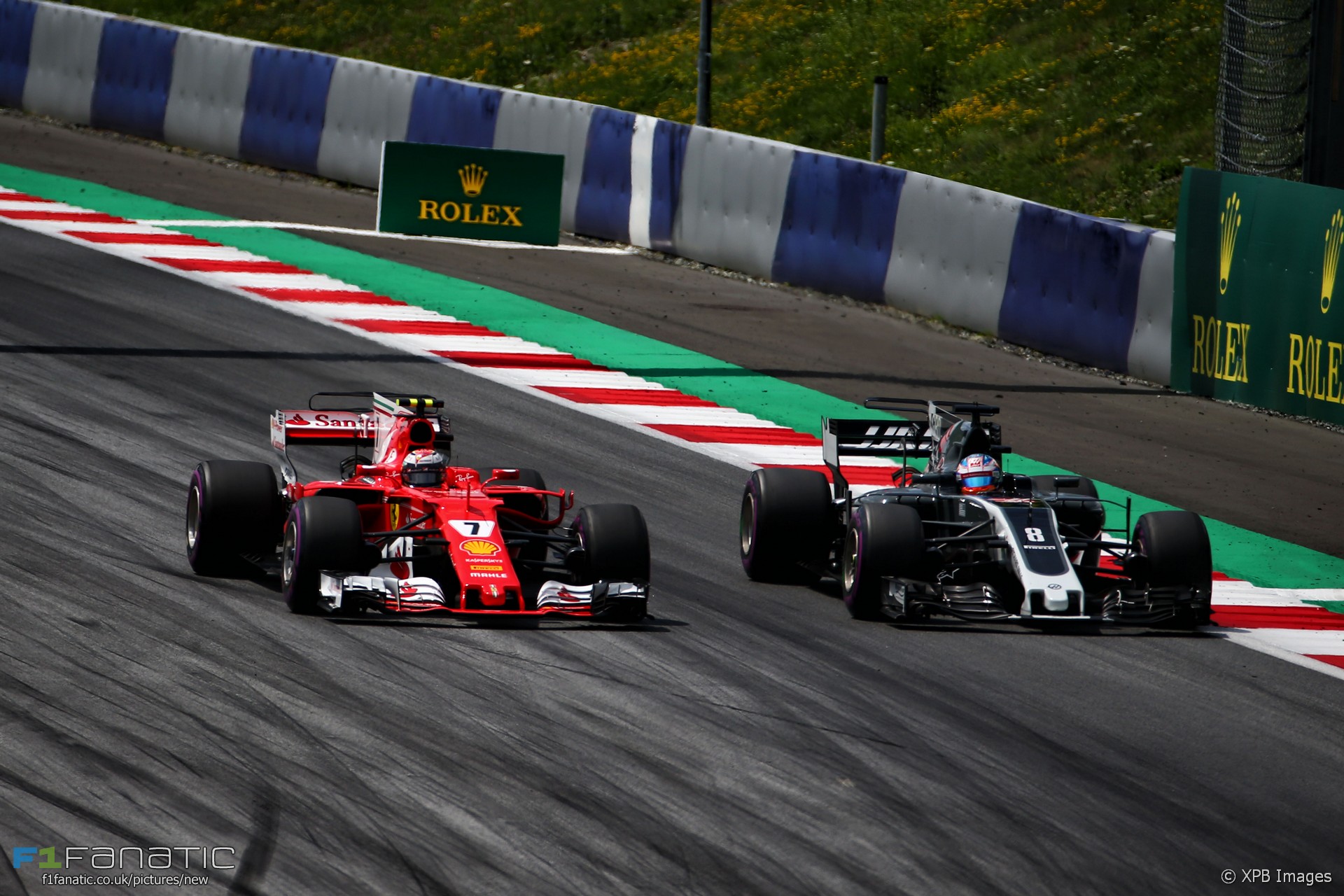 While Grosjean has cleaned up his act on the track he does less well when it comes to disguising his frustration with a troublesome car. And he had plenty of that in 2017.

So much so that in the United States Grand Prix, while attempting to nurse a set of tyres to the end of a very long stint, Grosjean’s repeated complaints about the state of his rubber grew too much for team principal Guenther Steiner, who ordered him to “shut up”.

It’s easy to exaggerate how serious these problems were for Grosjean. And as he rightly points out, we never know what messages from other drivers have not been broadcast by FOM. But you didn’t need to hear his radio messages to realise he found the VF-17 a frustratingly inconsistent car.

When the Haas ran well Grosjean usually made the most of it. He was regularly quicker than team mate Kevin Magnussen in qualifying and made more trips into the points.

The season started promisingly with sixth on the grid in Australia before he was sidelined with a water leak. He bounced back from an error in Q1 at Shanghai to finish just outside the points and bagged his first top ten finish of the year at the next round.

Azerbaijan and Austria typified the extremes of Grosjean’s second season. He complained bitterly about the car in Baku and seemed to spend most of the weekend reversing out of run-off areas. Then in Austria the car worked brilliantly and Grosjean delivered sixth in qualifying and the race. It was the only time all year Haas finished ‘best of the rest’.

The VF-17 largely favoured tracks with a bias towards quick corners. That made his eighth in Monaco, where he again struggled with brakes, a notably strong drive.

After taking points at Spa and Suzuka the final four races offered little for the team. But it was Magnussen, not Grosjean, who bagged a result in Mexico. Interlagos was a wasted opportunity as Grosjean spun into Ocon at the start.

He ended the year scrapping hard at Yas Marina, producing one of the race’s few notable passes by squeezing past Lance Stroll, though he couldn’t use that as a springboard for a points finish.

Having made it clear he was hoping for a future promotion to Ferrari, Grosjean was frustrated as the team continued to show faith in Kimi Raikkonen. Until he finds a way to raise his game on the days his car isn’t at its best, Grosjean may find he continues to attract attention for the wrong reasons.

On his day he can be very good, as shown in Australia and Austria, but most of the time he is struggling with his brakes, causing collisions and moaning about something. Steiner’s ‘shut up’ remark said it all – even his own team his fed up with him.
@Lolzerbob

What’s your verdict on Romain Grosjean’s 2017 season? Which drivers do you feel he performed better or worse than him? Have your say in the comments.