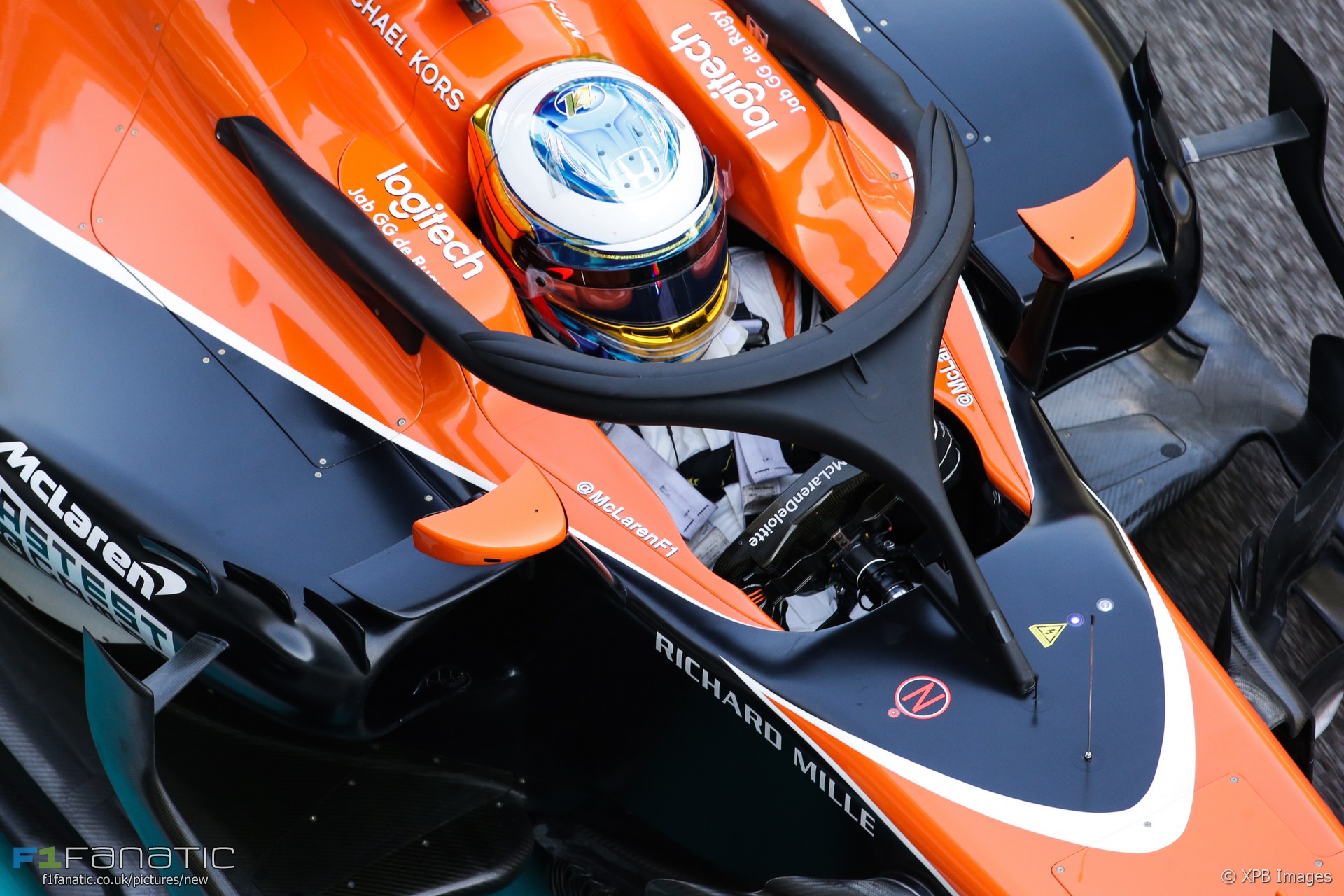 In the round-up: McLaren team principal Eric Boullier says his team has almost recovered the two-week delay in its preparations for the 2018 F1 season it incurred with its late switch of engine supplier.

"Maybe we made the decision to change the engine manufacturer two weeks too late for our schedule – but these two weeks have almost been recovered."

"Wurz said the drivers saw the biggest risk as being 'mainly diminishing the key values of F1: a sport, a motor race where the best driver wins and battles it out in the fastest race cars on the coolest tracks in close-fought competition'."

"It was a bit of a surprise for everybody, especially because most of the females that are racing in big series at the moment disagree with her point of view."

"I think one of the strengths of Mercedes, apart from the brand they're representing, how the team is organised, it's also their habit to win."

"You can’t let any details hang there. Any small issues, you can’t leave it. They will come back bigger, so any details you can fix, you have to fix."

Brawn: 'Formula 1's partnership with Ferrari has its limits' (F1i)

"It's a matter of what Ferrari can accept, and what we can accept. We want to find solutions that keep everyone in formula one, and above all we don't want to lose any iconic teams."

"It really motivated everybody back at the factory to see that the parts they are working on can get to the track so quickly."

It's vital to get this right! #F1 pic.twitter.com/68yp6A7lGw

Carlos Sainz Jnr had several great drives in 2017, but has too little attention been paid to his blunders?

The other area I would question about Sainz is his qualifying pace. Many say he’s on the level of Verstappen and Ricciardo. I personally don’t think he’s very close at all, although it could change. Kvyat has looked very even against Sainz in this area. And when Kvyat was with Ricciardo at Red Bull, Ricciardo simply dominated him in qualifying. I am quite sure Sainz will be closer than Kvyat was then, but nothing like as close as many seem to be suggesting.

On the positive side, there are plenty of great performances by Sainz. And that is demonstrated by the amount of points he has even with the odd few poor weekends. This indicates he’s got lots of these big points in fewer races so he does seem to partly make up for this.
Ben Rowe (@Thegianthogweed)