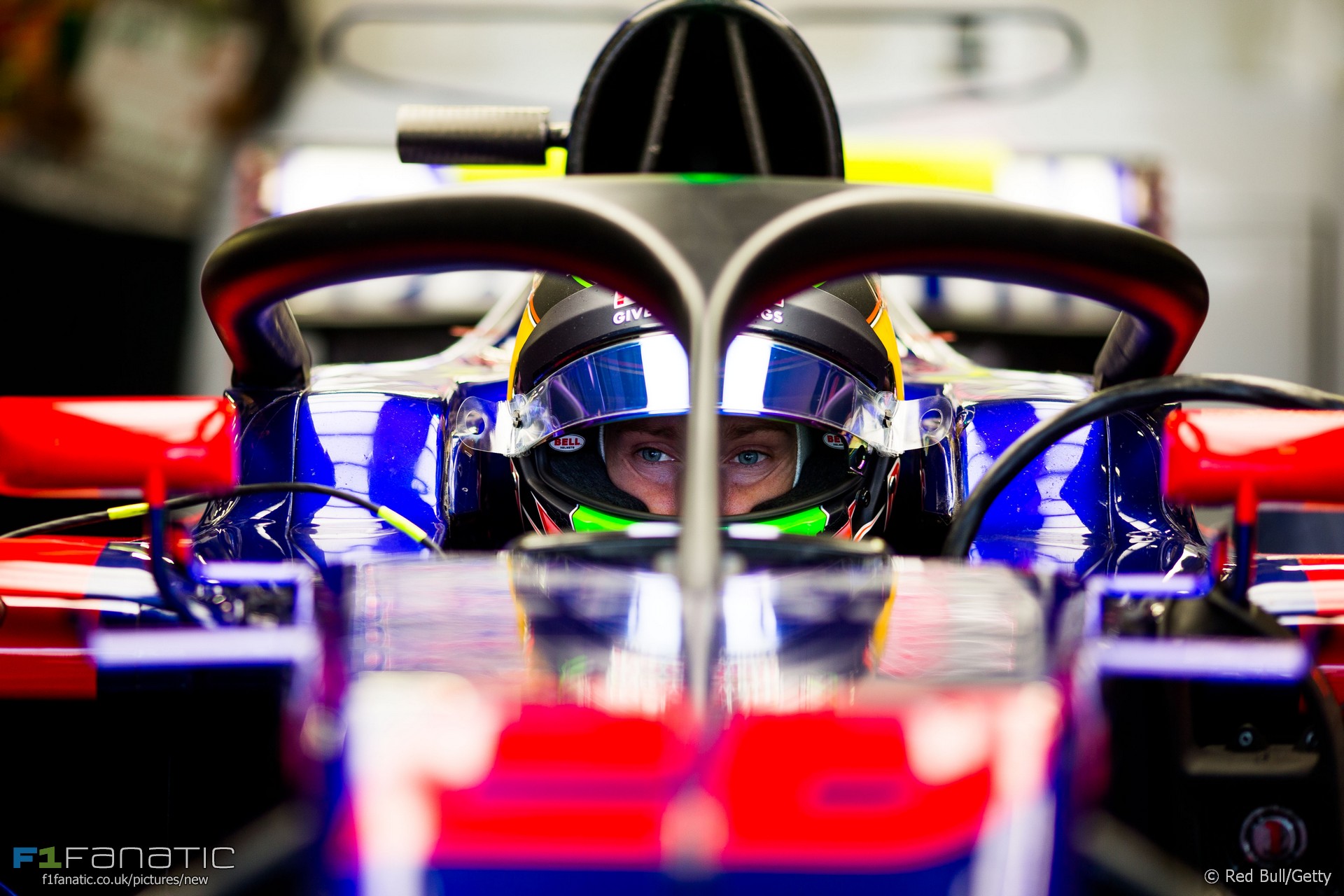 The Halo device which is being introduced for the 2018 F1 season will be ubiquitous in worldwide motor sport within two years.

Formula Two and some Formula Three series will also use Halo for the first time this year. David Lapworth, technical director for Prodrive and safety advisor to the FIA, says rolling out the new forward head protection structure to junior categories quickly has been a priority.

“If we can get things like the Halo to be adopted, even in the very focused area of Formula One, that is an achievement,” Lapworth told the FIA’s Auto magazine. “Involving people from the diﬀerent disciplines in the process can only help. The more people help spread the word and convince the doubters about the science and the work that has gone into it, the better.”

In the research which led to Halo the FIA considered how fatal accidents in championships outside F1 might have been prevented, such as those of Henry Surtees in Formula Two and Justin Wilson in IndyCar.

“We need to recognise that the roll-out is as important as the pioneering,” said Lapworth. “It’s great to have the top-level formulae like F1 being able to engineer new solutions and push the boundaries, but in terms of saving lives the roll-out is where the big numbers come.”

“There are 22 or 24 guys in an F1 race at the weekend, but there are thousands racing in diﬀerent categories worldwide. So that’s the area that is getting more focused through the discussions we’re having. Let’s consider not just what F1 needs, but how can we make this universal and how can we make it happen as quickly as possible.”

IndyCar, which is not an FIA-run championship, is considering its own cockpit head protection solution but has said it will not use Halo. Formula E intends to introduce the Halo on for its 2018/19 season and most series should have it by 2020.

However Lapworth says there is still progress to be made in accelerating the introduction of new safety technologies to junior championships.

“If there’s an area where we’re getting better, but we can get even better, it would be in reducing the time from the seed of the idea to the implementation. And not just the implementation in F1, but in all the disciplines.”

“Things like the HANS [Head And Neck Safety] device, which we now take for granted 12 years on, probably took 10 years to get from the first tests to widespread adoption in motor sport disciplines in every country.”