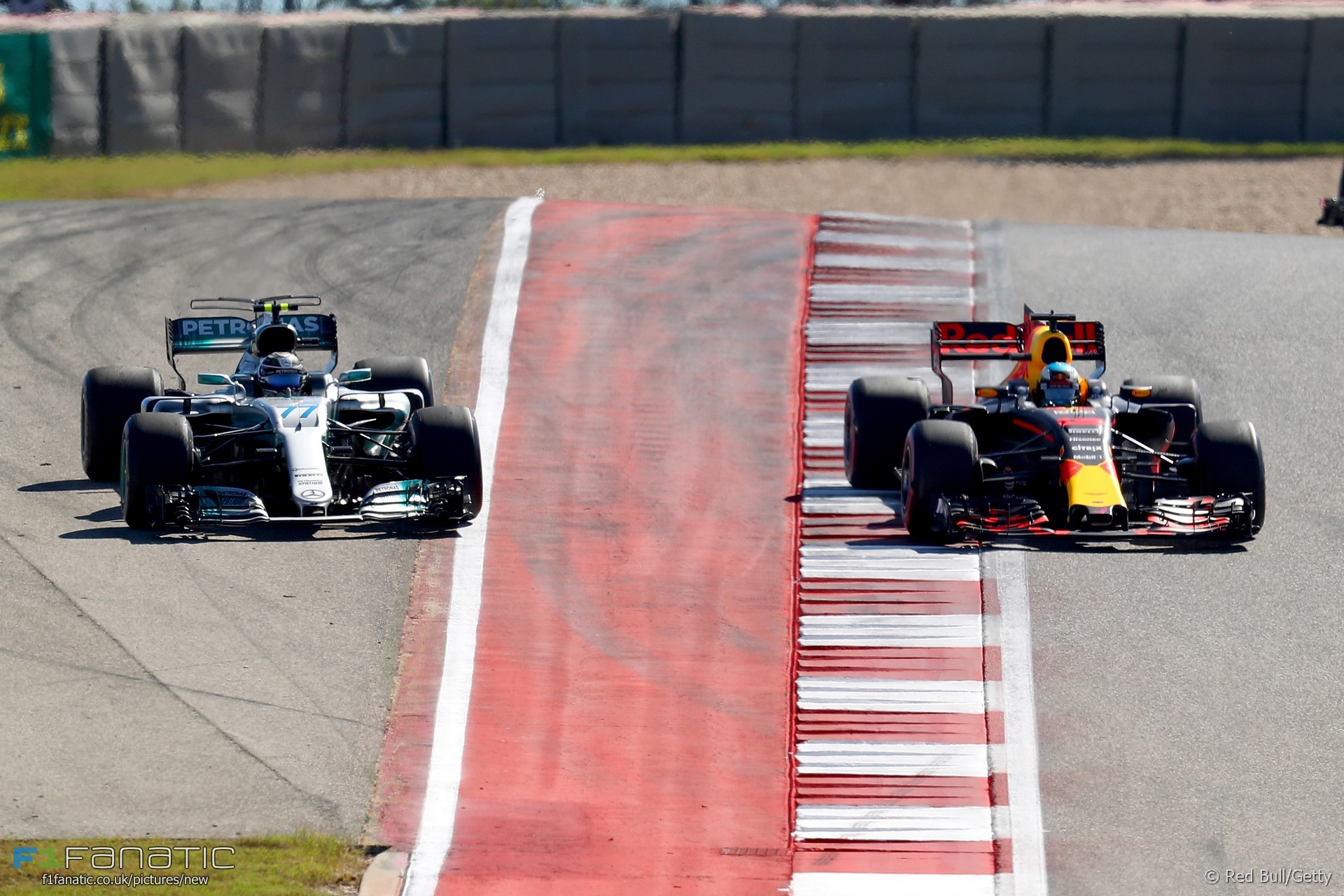 Twelve months ago it seemed fit to ask whether Formula One had hit a peak in penalties and was now beginning to see fewer sanctions handed down.

Did that decline continue in 2017? There’s evidence to support both sides of the argument.

Yes, the total number of penalties increased again last year to a new high of 104. That’s nine more than last season, despite a significant drop in the number of race participations, and two higher than the 2015 record.

However the majority of penalties issued last year were due to teams exceeding their allocation of power unit components. Penalties for driving infractions such as collisions and abusing track limits fell significantly:

As the graph above shows this continues a recent trend. The number of penalties issued due to driving infractions fell for the third year in a row and at an accelerating rate.

This doesn’t prove the stewards have become more lenient. For example, drivers may have developed a better understanding of the rules and therefore less likely to break them.

But it’s clear that four years ago drivers penalties were being issued at a race of nearly three per race. Last year that figure fell to just over one-and-a-half.

Despite the fall in penalties for on-track incidents, two drivers came close to being the first person to reach the 12 penalty points which equal an automatic race ban.

Surprisingly the first of these was championship contender Sebastian Vettel, who became the first driver ever to accumulate nine penalty points within a 12-month period following his controversial clash with Lewis Hamilton in Azerbaijan. After that he cleaned up his act, picked up no further penalty points, and by the end of the year was down to three, just one more than Hamilton.

Daniil Kvyat went one worse than Vettel, making it to 10 penalty points following a string of incidents. But before he had to worry about earning enough to be barred from a race, he lost his seat at Toro Rosso.

At the beginning of the 2018 F1 season just two drivers have accumulated enough penalty points to be halfway towards a race ban: Haas team mates Romain Grosjean and Kevin Magnussen.

Fines given for pit lane speeding during non-competitive sessions were not included.

Are stewards becoming more lenient towards driver incidents? Which penalties issued during 2017 were too harsh or too soft?