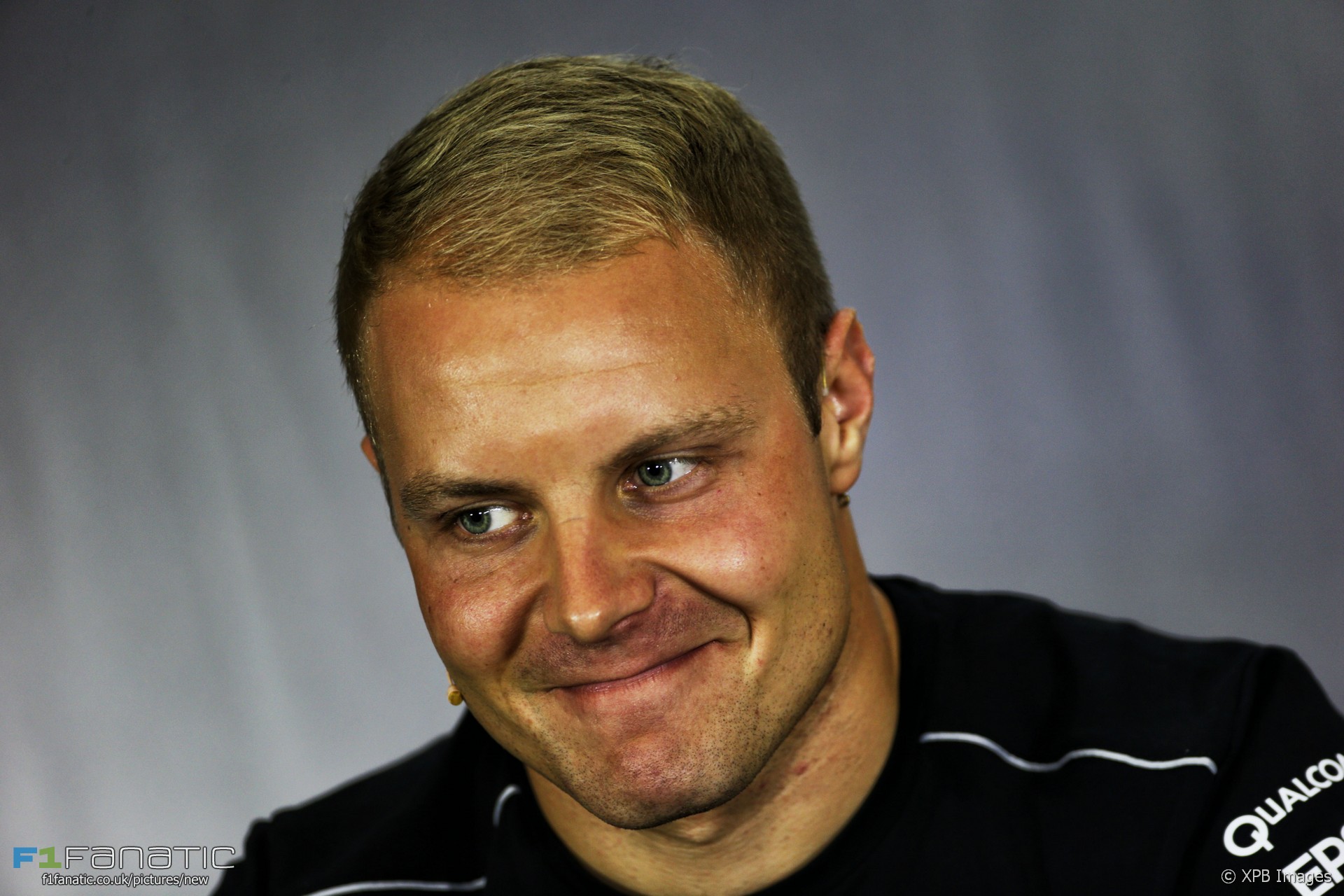 In the round-up: Mercedes executive director Toto Wolff expect Valtteri Bottas to be a serious championship contender in his second year at the team.

"We have seen some highlights in Sochi and in Austria and then after the summer Lewis came back very strong and the step that Lewis made up, Valtteri went backwards."

"This will only be possible if we take meaningful economic surrounding conditions into consideration."

Ross Brawn: "I'm probably more of a conservative, quite frankly, on the race format. I think the length of a grand prix is about right."

"I will still have an association with Porsche but I won't be doing any races other than Formula 1, which I think is the sensible thing for me to do because I need to be fully focused."

Horner: F1 needs to be more attractive to sponsors (Racer)

"F1 is not in anywhere near as rude health as it was 20 years ago when teams were making profits. There were some great brands on the cars."

Todt is back to his best! He wants a global engine for all formulae – an idea that killed off Group C in early 90s! But I'm sure he knows best and Indy and WEC will be queuing up for those cheap, simple, reliable F1 engines …

Officially two years at @HaasF1Team for me today. Getting ready for the 2018 @F1 season!

Jacques Villeneuve’s glass house is missing a window or two:

This bit struck me as particularly ironic:

“‘Even Massa was faster than Lance,’ says the 1997 world champion and the last man to deliver a title to Williams.”

Especially given the fact that ‘even Massa’ was faster than Villeneuve when they were team mates at Sauber in 2005.
Radoye