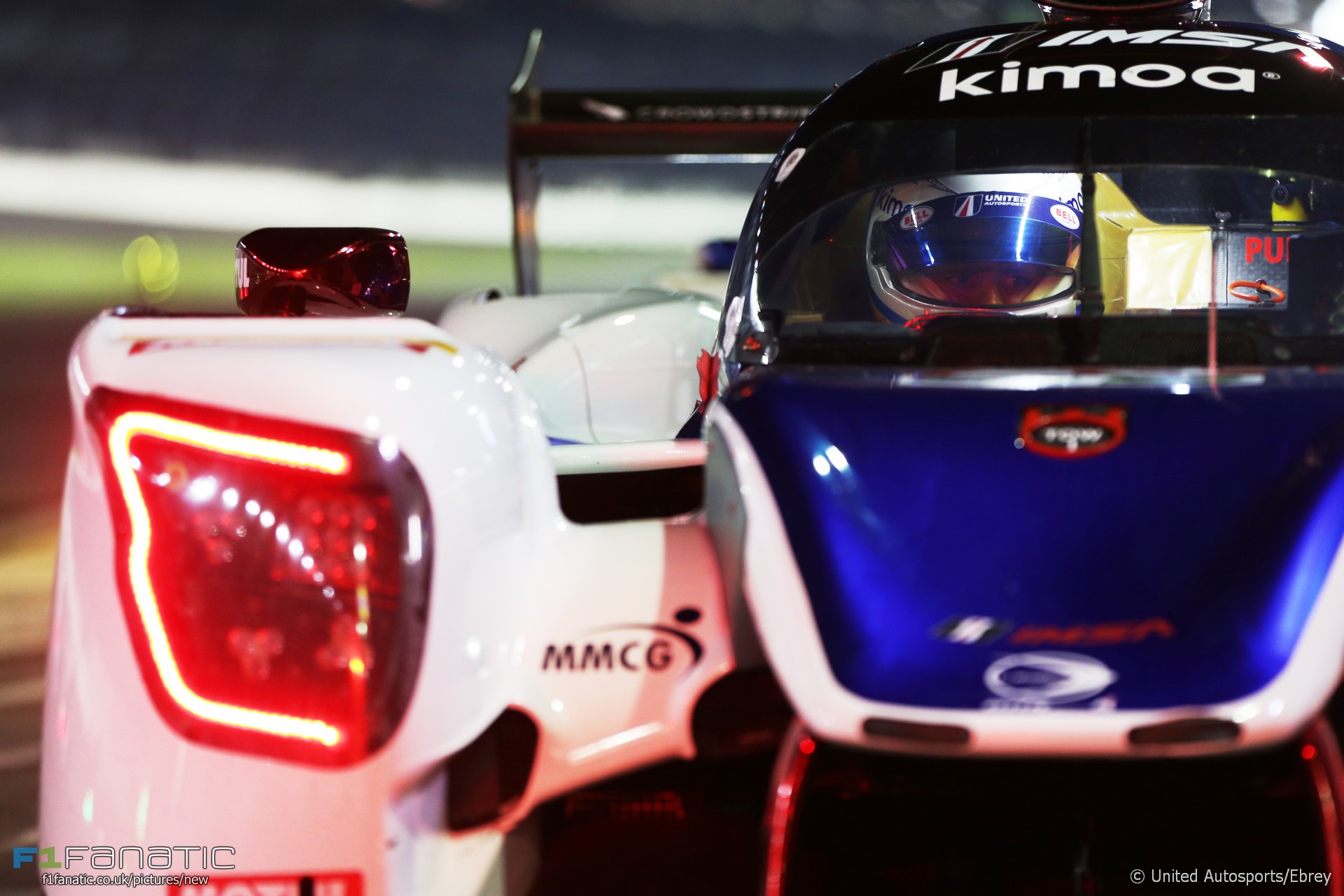 In the round-up: Ex-F1 racer Felipe Nasr was quickest in the first qualifying session for the Daytona 24 Hours, which determines garage and pit allocations for the race, while Fernando Alonso’s team posted the 12th best time of the 20 prototype entries.

"Nasr was first in a top-four sweep for Cadillac, which is looking for its second consecutive Rolex 24 win after taking its debut race last year."

"I'm really happy I managed to do it without any manager and without paying for my seat."

Mercedes admits it was 'pretty confused' by 2017 car (Motorsport)

"We found tracks like Silverstone, Montreal, or Monza, Austin, Suzuka – these are really good tracks for us, but the slower tracks, the hotter circuits, we struggled more."

"The skimpy outfits are going to go. I’ve worn catsuits, lycra dresses and hotpants on the grid and those days are numbered." See here for more pictures of Fernando Alonso testing at the Daytona 24 Hours with United Autosports:

So that's P12 for @alo_oficial and P15 for @BSenna – that determines our garage and pit box for the @Rolex24Hours race week. So come see us in garage 9 #BeUnited

Did anything ever look more wrong than a red Williams? This livery was launched 20 years ago today (the car came a few days later).

Is F1 chasing the wrong goal by trying to get rid of one-stop races?

Give teams access to the full tyre range, Remove the (silly) rule forcing everyone to make a mandatory stop to run two compounds and let them do what they want be it no stops or a few stops. Open the rules up rather than locking them down to try and force everyone down a similar route via somewhat artificially generated means.
@Stefmeister