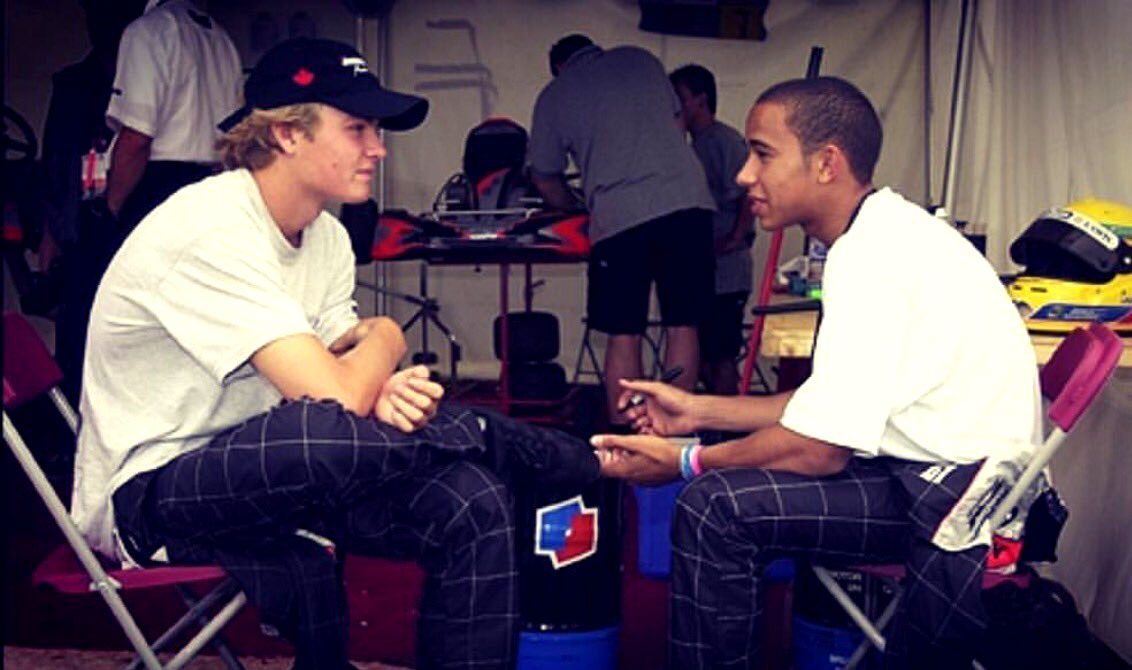 We’ve turned the clock back for this weekend’s Caption Competition to a time before this pair were F1 world champions.

Nico Rosberg and Lewis Hamilton, seen here in their days as karting team mates, have won the last four championships between them.

What were they saying to each other back in the day? Post your funniest suggestion in the comments below.