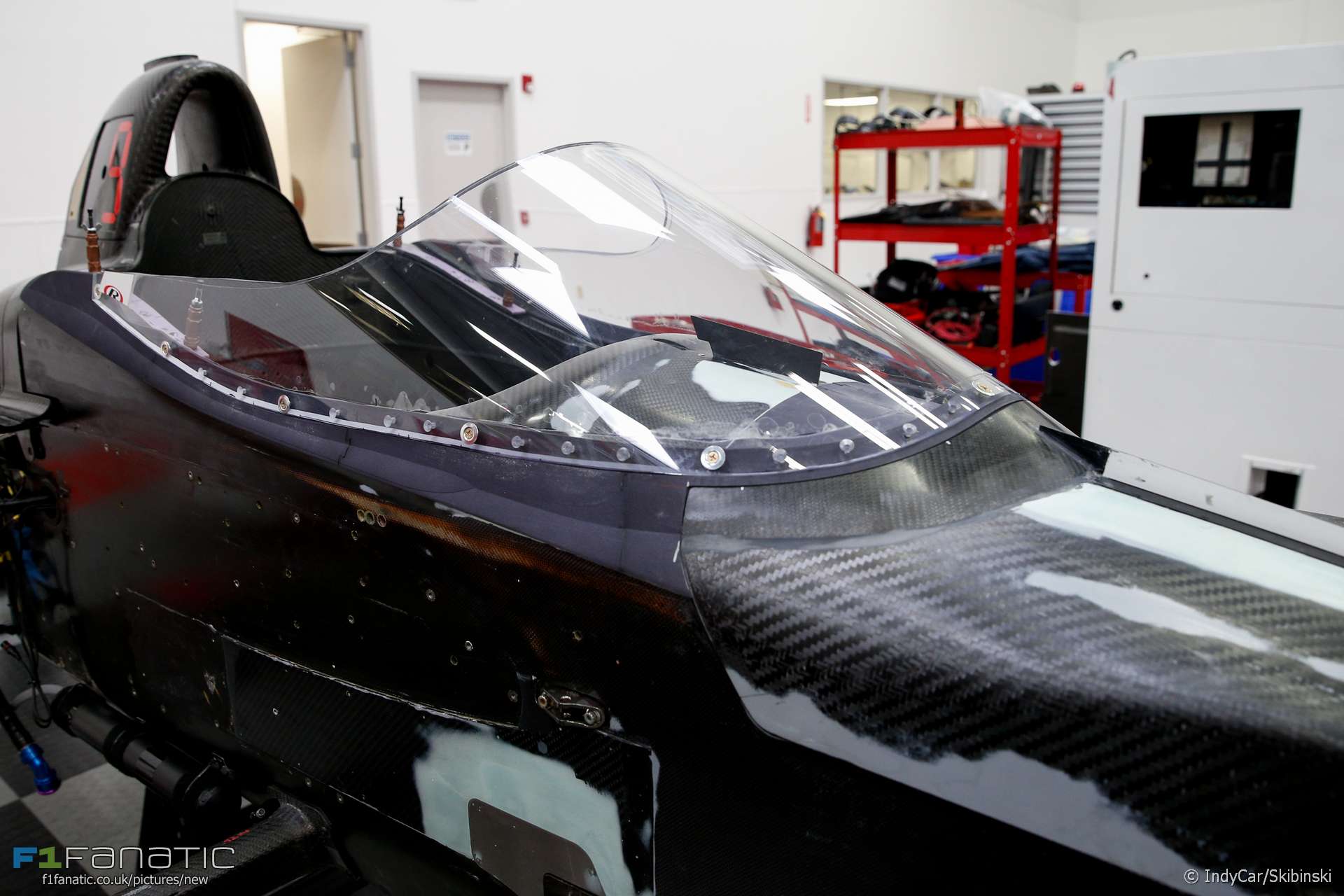 IndyCar will test a windscreen designed to improve head protection for drivers on Thursday. The series describes the innovation as “the next step in the evolution of its driver safety program”.

The design has been in development for two years and has already undergone wind tunnel and simulator testing. IndyCar president of competition and operations Jay Frye said the process had been “very methodical and purposeful.”

“We have been striving to create a safety piece that aesthetically looks good and works in all conditions, and this is a test of those things,” he said. “Any piece we put on an IndyCar must work for multiple types of venues and different lighting conditions. It has to be versatile.”

Multiple IndyCar champion Scott Dixon will evaluate the windscreen on his Ganassi-run car in a range of lighting conditions at ISM Raceway in Phoenix as part of the championship’s pre-season open test.

F1 chose to introduce the Halo head protection system on its cars this year after conducting tests of a range of solutions including an ‘Shield’ similar in appearance to IndyCar’s windscreen. However Sebastian Vettel said testing the Shield made him feel dizzy and impaired his vision.

Like F1, IndyCar has been seeking improvements to driver head protection following a series of accidents. In 2015 Justin Wilson was killed at Pocono when a nose box from another car landed on his cockpit.