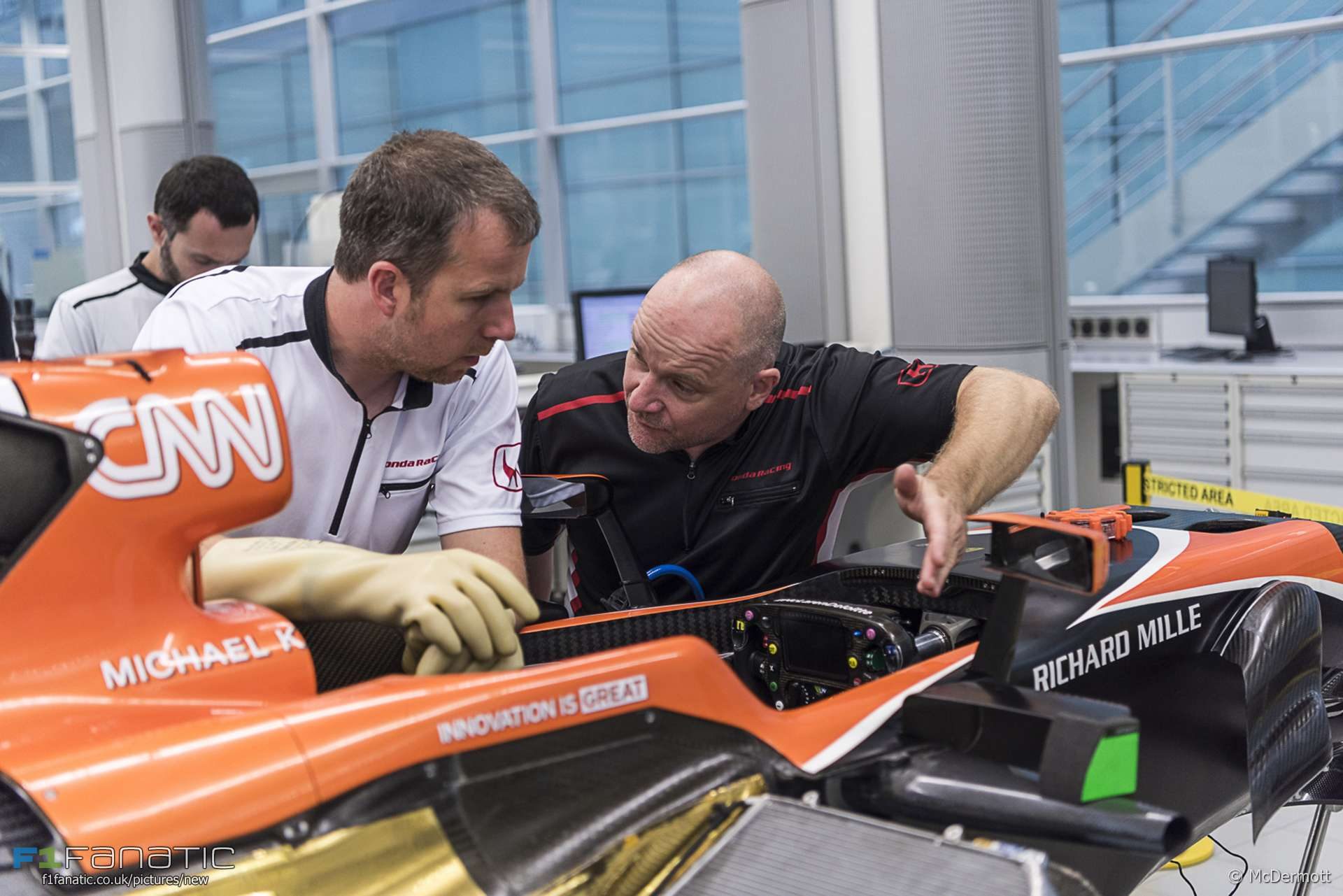 It also showed the team in its first year after splitting with Honda. It’s doubtful that when McLaren embarked on this new project that they expected it would reveal how their second Honda partnership fell apart.

But of course it did, and F1 fans taking in this four-part series will discover how it all went wrong. They’ll have to be patient at first, however, as the car doesn’t hit the track until the final episode.

Senna writer Manish Pandey and his team had hoped to follow McLaren’s progress throughout an entire season but Formula One Management didn’t want to give them access to the races. The story, therefore, runs from Stoffel Vandoorne’s first day at the factory as an official racing driver in December 2016 up to the pre-season tests the following March.

Between those two points we follow Vandoorne beginning his life as a racing driver and, in contrast, the vastly experienced Fernando Alonso embarking on another season in more routine fashion. But the storyline is driven by the development of the car as the team overruns deadlines and are beset by niggling problems installing the new engine – all discouraging signs for what is to follow.

While the growing tension of the overrunning car build supplies the drama, the section on Vandoorne feel more like standard documentary fare of the type you might see in a pre-race build-up. Superbly constructed but lacking in punch.

This can’t be said of the final episode where the plot lines converge, the drivers take the completed car on-track and the awkward-ometer takes a battering. Alonso’s withering assessment of his engine spells the end of the McLaren-Honda project, even if a sheepish Yusuke Hasegawa, in one of his few appearances in the film, does his best to smooth things over.

Obviously the story couldn’t be left hanging there: The inevitable separation from Honda is covered in a series of scenes around the time of the Singapore Grand Prix. Here there are a few dramatic contrivances: Scenes put together to tell the story which were arranged for the convenience of the film which, although not scripted, lack the natural feel of the rest of the piece.

What we get, therefore, is effectively a story which bridges two divorces: from the end of Ron Dennis’s 35-year tenure at the team to the split from Honda. And while the film doesn’t completely lay the blame at Honda’s feet, the words of McLaren group chief operating officer Jonathan Neale tells you exactly how they saw it: “What happened was definitely not what we expected or were led to believe.”

Few teams have allowed the cameras to get this close to their inner workings since McLaren last did so in 1993. There are encouraging signs we will get to enjoy more films like this in the future, though whether they hit the same heights as this remains to be seen.