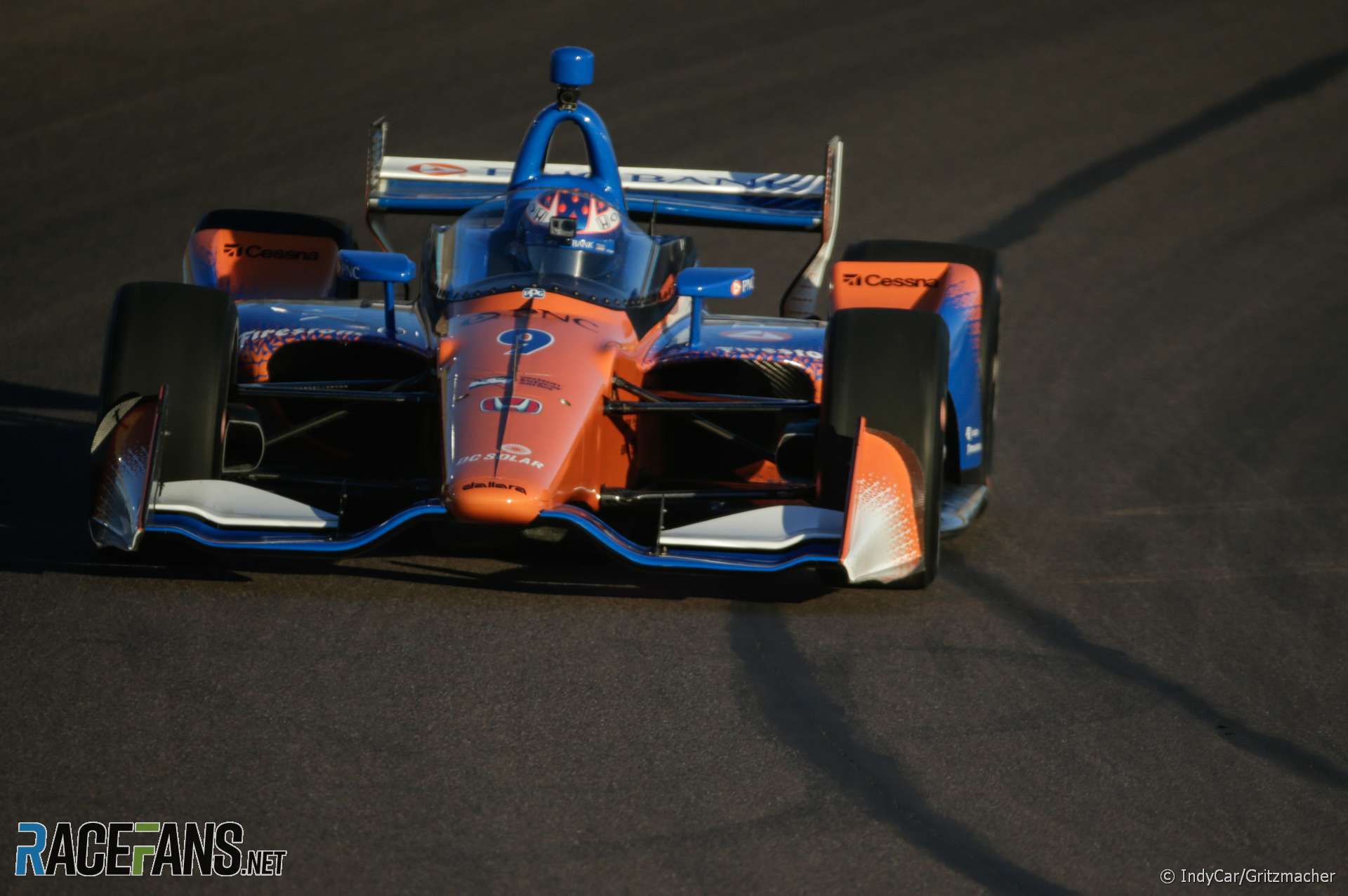 IndyCar’s windscreen has been track tested for the first time at an oval in Phoenix.

Ganassi driver Scott Dixon conducted the test which will involve running the screen in a range of different light conditions.

The series is evaluating the screen which is designed to protect drivers from debris strikes, much as F1’s new Halo is also intended to do. The new device could be introduced during the upcoming season, which begins on March 11th at St Petersburg.

“It’s a very good start and no showstoppers, which is the biggest part,” Dixon told IndyCar’s official media partner after driving with the screen for the first time.

“What everyone was worried about is if we drive out and can’t see properly, glare was going to be an issue. We ran it at probably one of the worst times in Phoenix, too. Going into turn one it was complete sun and then going into the darkness.”

“For me it’s definitely a big change,” he said. “Having driven open-wheel cars the whole time with nothing in front of you, for me the biggest sensation to start with, outside of the visual, was how quiet it was. It felt like I was in a luxury car cruising around with no wind, your head wasn’t moving around.”

“I started hearing a lot of thing that you don’t [normally] hear. That was quite interesting. And then the heat, obviously there’s no airflow right now. It’s something that’s a very easy fix down the road with maybe a NACA duct or something in front.”

“But I think to start it’s pretty good. It is a little different to look through, you’ve got to imagine it’s quite a thick piece of material you’re transitioning and looking through. It’s more the sensation of having to get used to it, it’s like when you have a new pair of glasses or contacts or something like that, it visually takes you a little bit to get used to.”

Last year Formula One tested the Shield, a similar device to IndyCar’s windscreen, but Sebastian Vettel rejected the design, saying it made him feel “dizzy”.

77 comments on “Video and pictures: IndyCar conducts first track test of its windscreen”