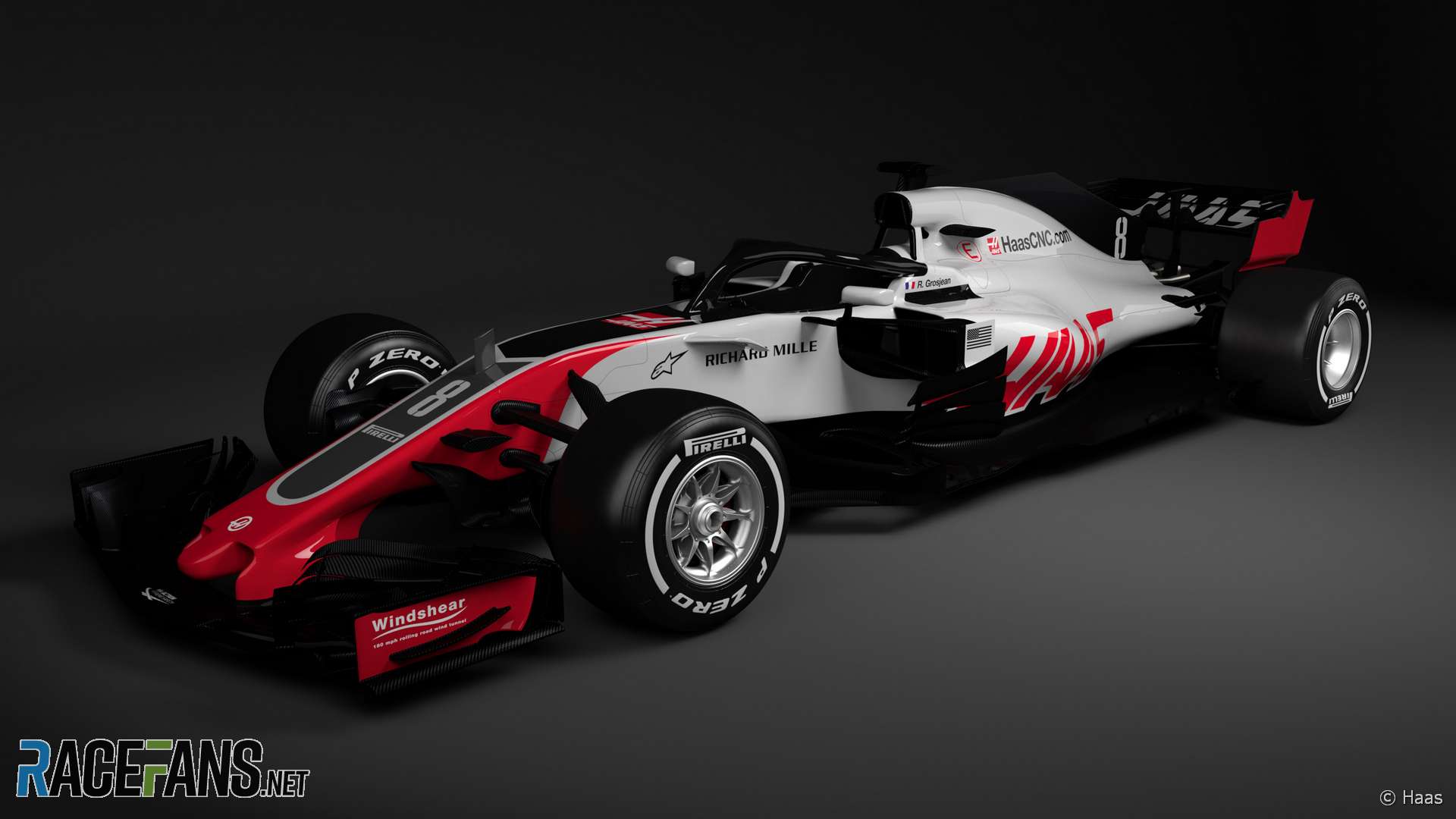 Haas has become the first team to reveal its car for the 2018 F1 season.

The VF-18 was revealed without warning on social media, making the American team the first to reveal images of its new racer.

Gene Haas said his team has “eliminated a lot of the variables where we knew we were weak” ahead of the new season. “We’ve focused on what it’s going to take to get our car to be consistent and close that gap to the top teams.”

The renderings reveal little detail of the new car. The most striking change for 2018 – the addition of the Halo – is largely obscured by a dark background.

Team principal Guenther Steiner said the change was “the biggest part of the car’s evolution.”

“It took quite a bit of study by the aerodynamicists, but the designers had to work hard to modify the chassis so the halo could survive the mandated loads. The total minimum weight of the car increased because of the halo, and there’s a higher center of gravity simply because of the halo’s position. But, everyone is in the same boat.”

The car also lacks a shark fin, which has been cut back in the 2018 regulations.

“The regulations stayed pretty stable between 2017 and 2018, so the VF-18 is an evolution of our car from last year,” added Steiner. “It’s less about reinvention and more about refinement. You see elements we had from last year on the car this year.”

“Our 2017 car was actually pretty good, but we didn’t always get the best out of it, and that’s what we aimed to change in 2018. We got the car as light as possible to carry more ballast. We were able to do a better job of putting the weight where we wanted it.”

The team tweaked its livery on several occasions last year and has revised it again for the new season. “The livery is a little bit of a return to what we had on our first car, the VF-16,” said Steiner. “Its look is clean and precise, just like the machine tools made by Haas Automation.”