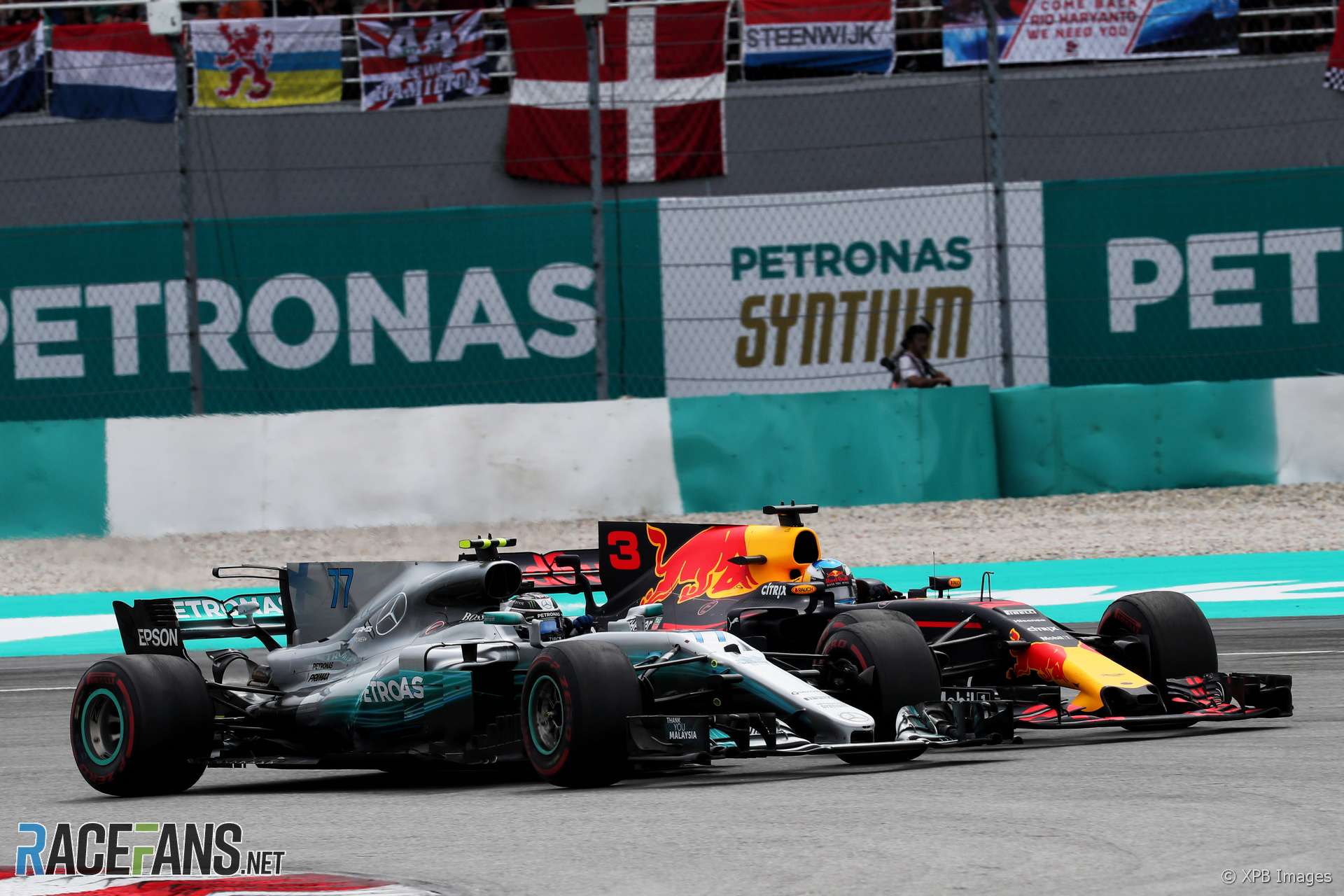 In the round-up: Daniel Ricciardo believe the lack of major changes in F1’s rules since last year will help the team take the fight to Mercedes and Ferrari.

"Super GT is the latest series to have a change in its schedule as a direct result to Fernando Alonso’s availability, with the Japanese-based championship set to move an event off the Oct. 12-14 weekend due to a clash with the recently adjusted FIA World Endurance Championship race at Fuji Speedway."

"We’re still learning here in Formula 1, and bringing on a driver who needs to learn about Formula 1 probably isn’t the best thing for us or them."

"There's a feeling of a different approach and a different philosophy, and it aligns perfectly to what we've been doing in Melbourne for many years and what Melbourne does with all of its events."

Is F1 likely to become closed-wheel in the future?

If the F1 rules actually allowed closed-wheel / closed-cockpit designs, competitors would switch immediately, for better aerodynamics and for driver safety. But the cars are iconic just as they are, and such a dramatic aesthetic change would surely annoy just as many fans as it would please, so the F1 organisers continue with the open-wheel, open-cockpit tradition. But the changes are coming. We can see them in the F1 concepts from Red Bull, Renault or Ferrari.

‘F1 cars do it, so it must be better’ is very dangerous reasoning. F1 cars are bound by F1 rules, and for many years F1 rules have been deliberately designed to slow the cars down. The rules are largely designed to create a level playing field, but at some point the cars got so fast, and the sport got so dangerous, that the rules also became tools to make the sport less dangerous. That has led to many rules whose sole purpose is to prevent the cars from getting too fast. Formula E has a different approach, Alejandro Agag is doing it great, except for the Fanboost thing.
OSCAR (@Okif1)