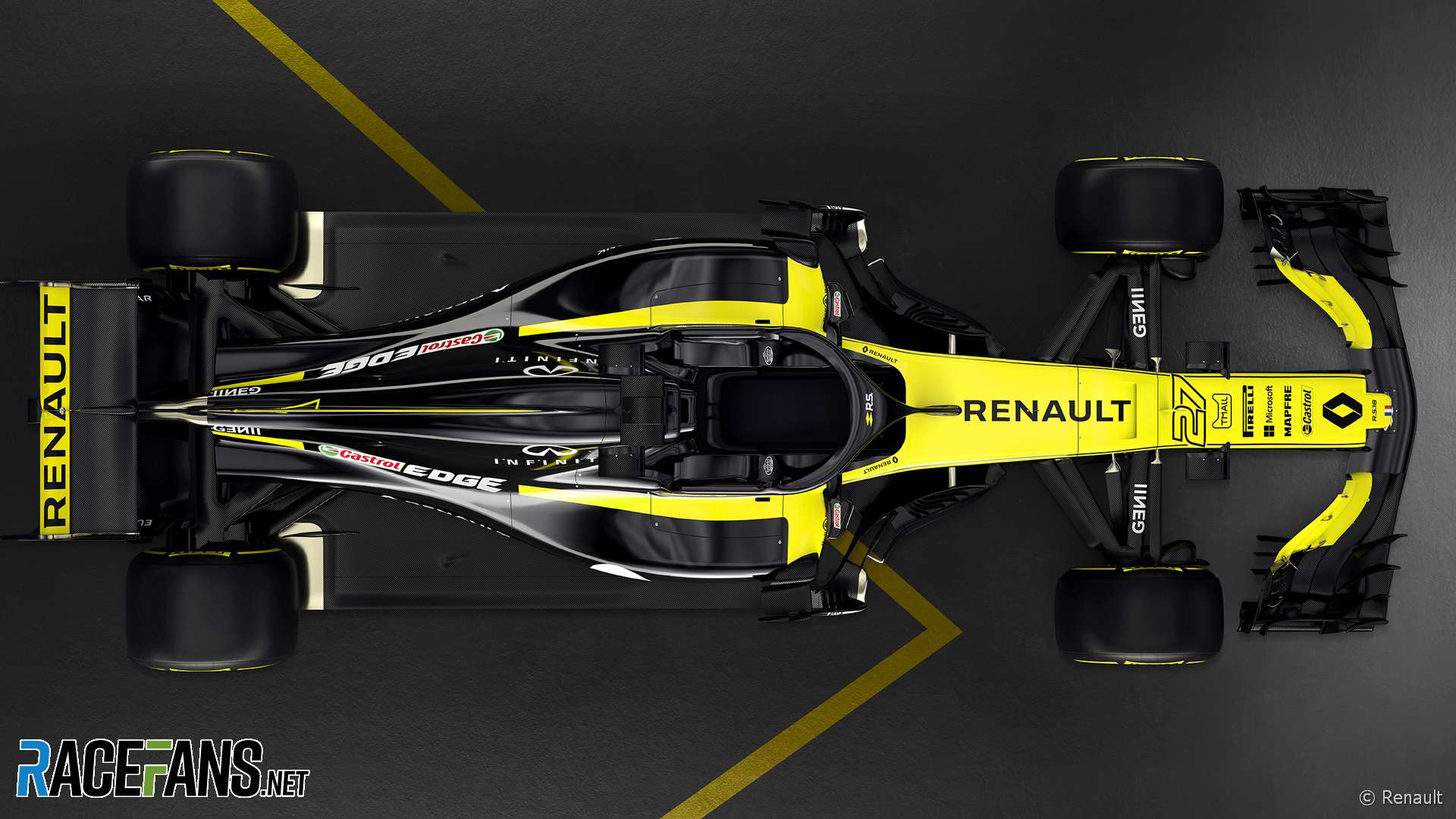 Solving the reliability problems which blighted its campaign last year is the top priority for Renault in the 2018 F1 season, says chief technical officer Bob Bell.

Renault had the most race-ending technical failures of any team last year, posting 11 from a combined 40 race starts. Bell said the team must focus on achieving a “strong reliability record” with the RS18, which it launched today.

“We need the car as reliable as we can make it,” said Bell. “That’s a huge challenge, even more so than performance development, and it’s the toughest task we face.”

Bell said the most important goal for the team to achieve in testing is “laps and mileage”.

“To improve reliability we have to accept nothing less than perfection,” he added. “Anything that ends up on the car needs to be designed and built to the highest standard, checked and rechecked as fit for purpose. All the issues which blighted us last year need to be eradicated by a fresh approach. It’s not something however that you can flick on like a switch, you need well established processes in place.”

“The main change in terms of regulations is that there are fewer power units available for the drivers over the season, just three each now,” said Taffon. “In fact, it’s actually more challenging than that, as we are limited to three [engines] but only two MGU-Ks and two energy stores.”

“Our first priority is for reliability and it’s going to be even more difficult as we have to get another quarter out of the engine life on top of the target for 2017. Of course, we knew the three engine rule was going to come, so it’s something we scaled in for 2017 in preparation for 2018. We started designing the 2018 engine in 2016 with the three engine limitation in mind and we have completed more hours on the dyno than ever before.”

Renault says the new iteration of its power unit for 2018 will produce in excess of 950bhp.

12 comments on “Reliability, not performance, is biggest challenge for Renault – Bell”