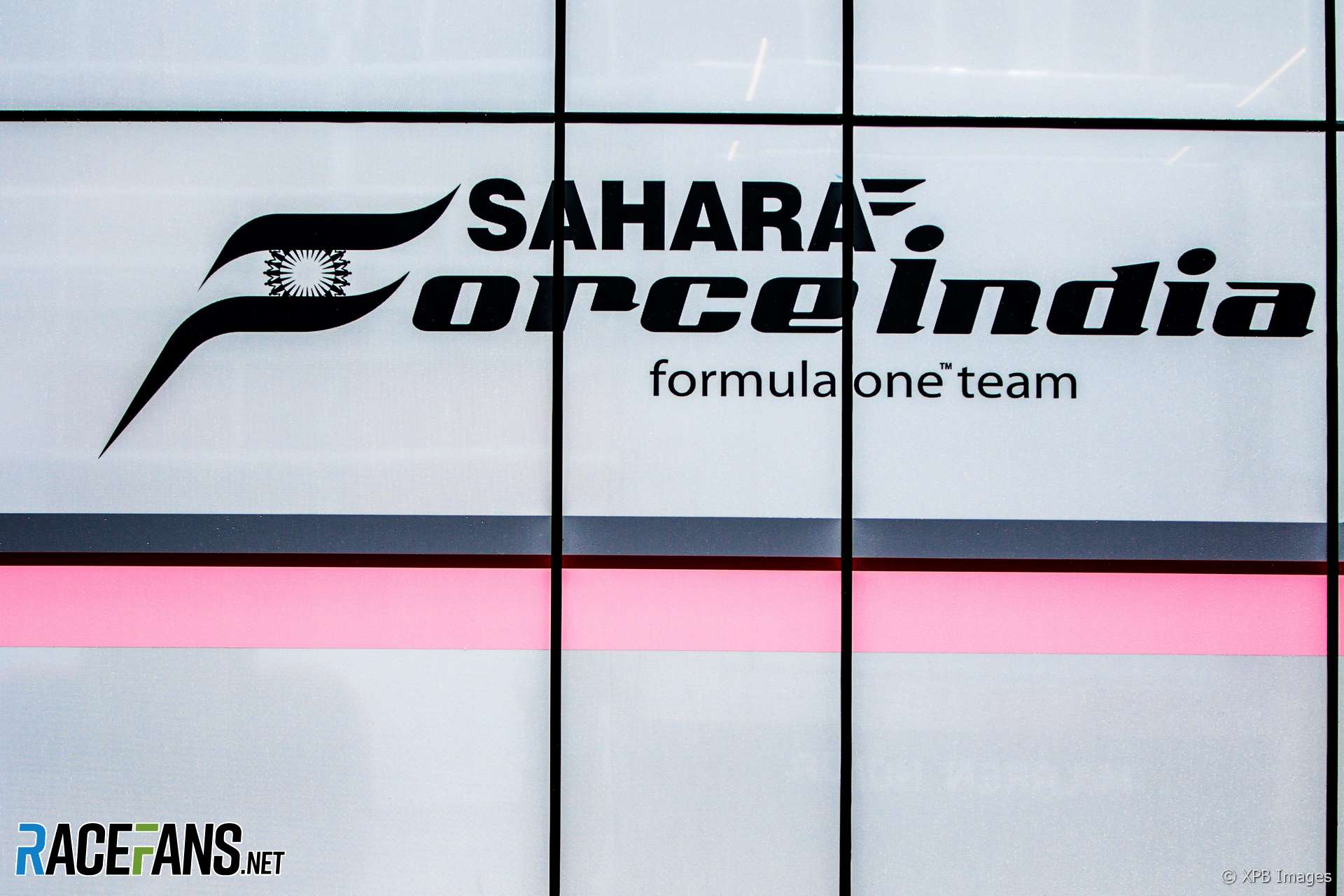 A report yesterday claimed the British energy drink company was part of a consortium planning a £200 million takeover of the team. However RaceFans has learned that while there was contact between the parties, negotiations ceased three months ago.

Force India is jointly owned by the Mol family, which has been co-owners since 2007, Vijay Mallya, who purchased the team in 2008, and Sahara India Pariwar which bought into the company in 2011.

The team is yet to confirm whether it will change its name ahead of the new team. A new name had been under consideration to make the team more appealing to potential sponsors.

Force India has announced its driver line-up for the two weeks of pre-season testing which begin at the Circuit de Catalunya on Monday. The team is expected to reveal its new car in the pit lane at 8.00am local time.