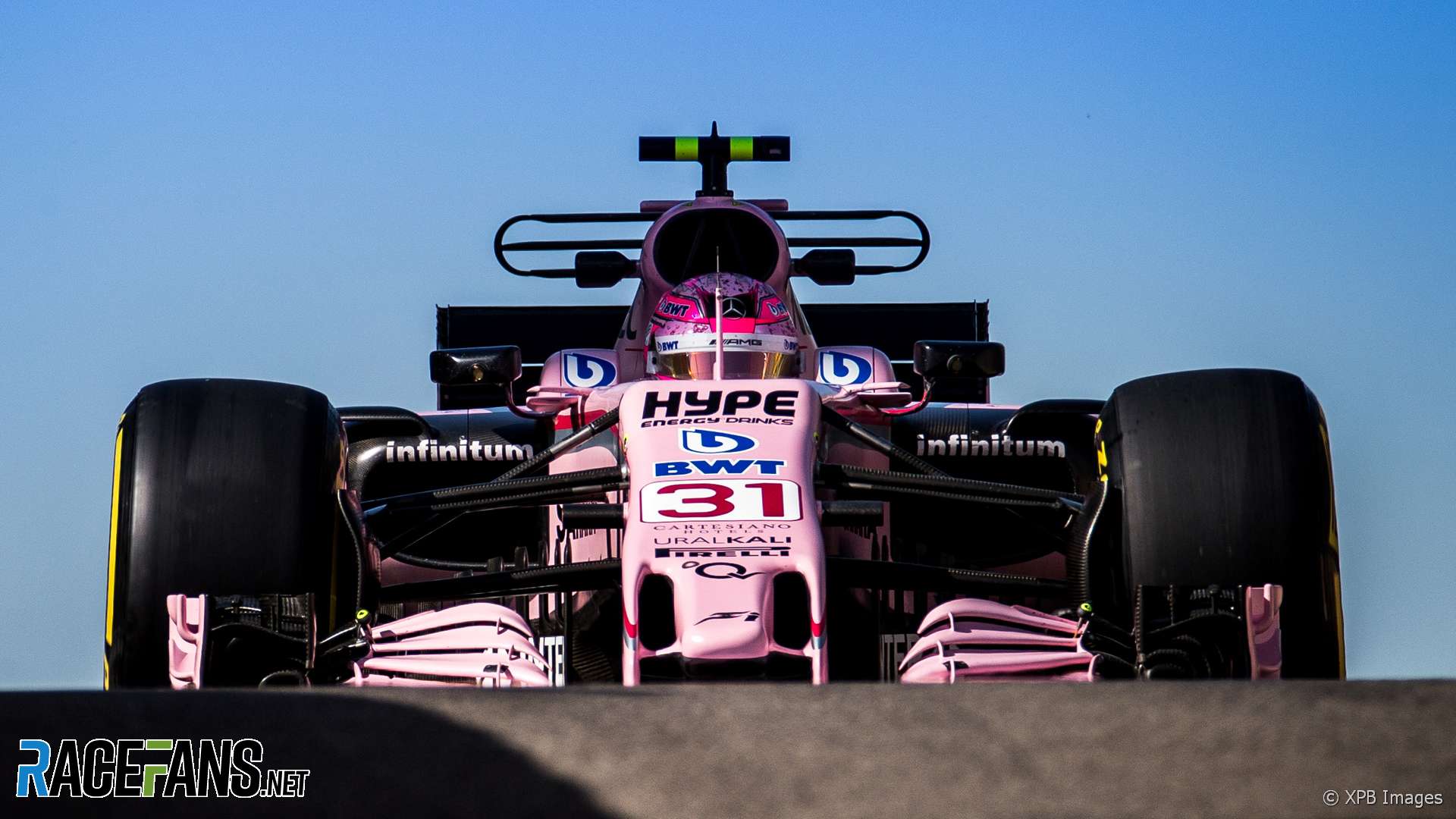 Force India has officially confirmed its launch plans and the name for its new 2018 F1 car.

Its new chassis will be revealed on Monday, one hour before the first test of the new season. The car will be called VJM11, continuing the naming scheme used by the team since it arrived in F1 in 2008.

Force India also confirmed RaceFans’ report yesterday that the team is not being sold to an energy drinks company.

“Following recent media reports speculating on the sale of Force India Formula One Team Limited, the Company’s shareholders wish to clarify that there is no offer from potential investors under consideration,” Force India said in a statement.

“The team is focussed on the start of testing next week where the 2018 car will be presented in Barcelona on Monday 26th of February.”

“The team’s drivers, Sergio Perez and Esteban Ocon, will pull the covers off the VJM11 and pose for photos in the pit lane at 8:00am local time.”

RaceFans also understand according to sources that no application for a change of team name has been lodged with Formula One Management or the F1 Commission.