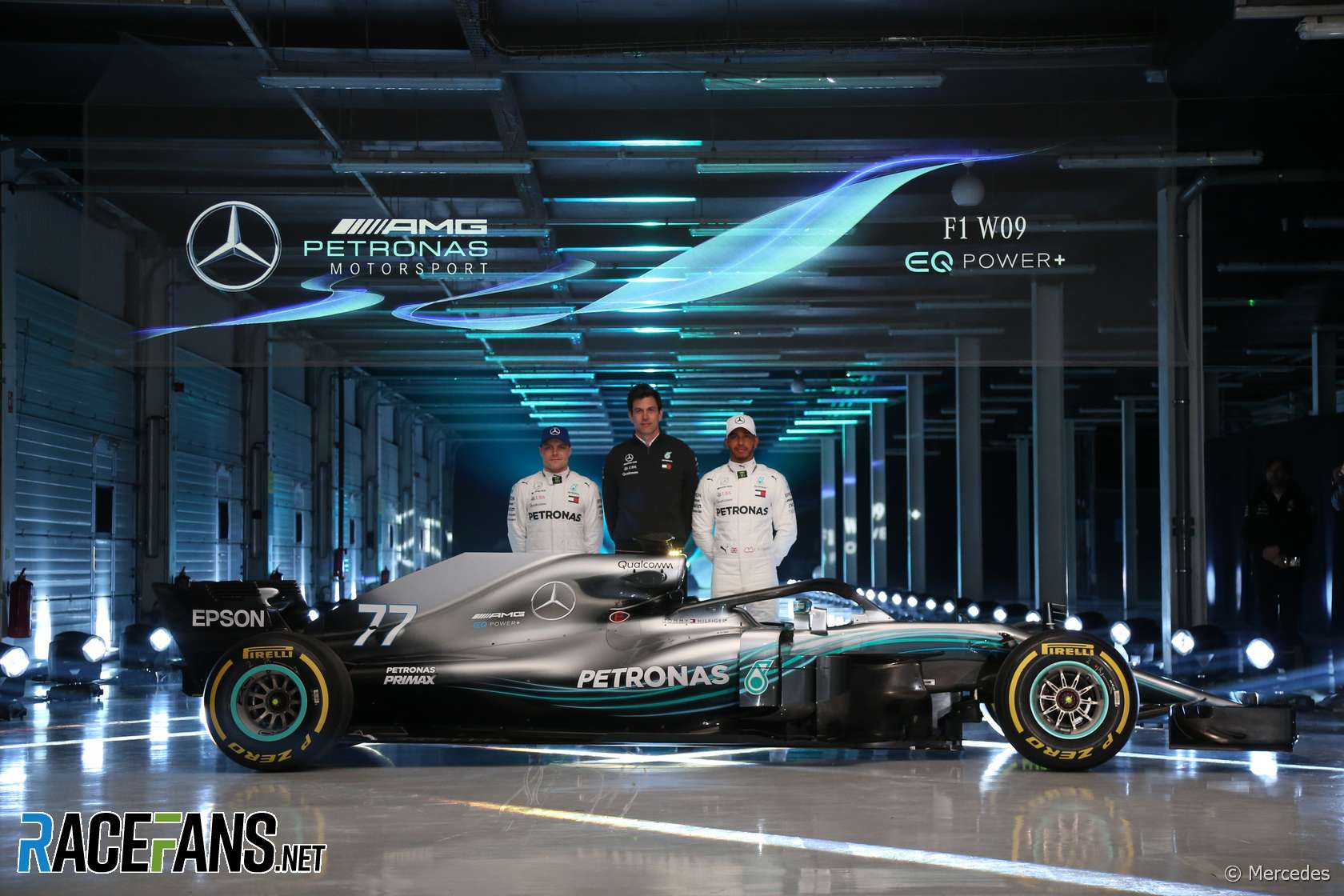 Lewis Hamilton says he hopes to extend his contract to drive for Mercedes before the 2018 season begins.

The four-times world champion is in the third year of his current three-year deal to race for the team. At today’s launch of the team’s new car he said he had been in regular contact with team executive director Toto Wolff about his new deal.

“Me and Toto have been talking from a while,” said Hamilton. “Once I left in December I was away and it’s not something I particularly like to do over the phone. I didn’t get back until February, I was away in that time but we spoke very often. We’re constantly talking to each other about how we’re committed to each other.”

Hamilton says both parties believe they should continue the relationship.

“Hopefully we’ll have something done before the beginning of the season, before the first race. But again we’re just in no rush, there’s no panic. I’m not feeling under pressure from any other drivers being there and Toto and Mercedes have no reason to feel I’m talking to anybody else.”

“In the whole six years I’ve been here I’ve not spoken to another team once. I think that really shows my commitment.”

“I know that the team have been contacted by other drivers in the past and probably still do today, that’s inevitable. We always made it clear and the beginning if I was to engage and look at my options I would inform him and I’ve not needed to because I haven’t.”

Wolff said the sooner Hamilton’s deal can be signed the better it will be. “But the minute you put the date out you’re going to be [reminded] about it later and it doesn’t make any sense to put ourselves under pressure,” he said.

“He’s been with the team six years so we’re talking about extending that to a very long time with the same diver, same team. I guess a couple of weeks is a realistic target.”