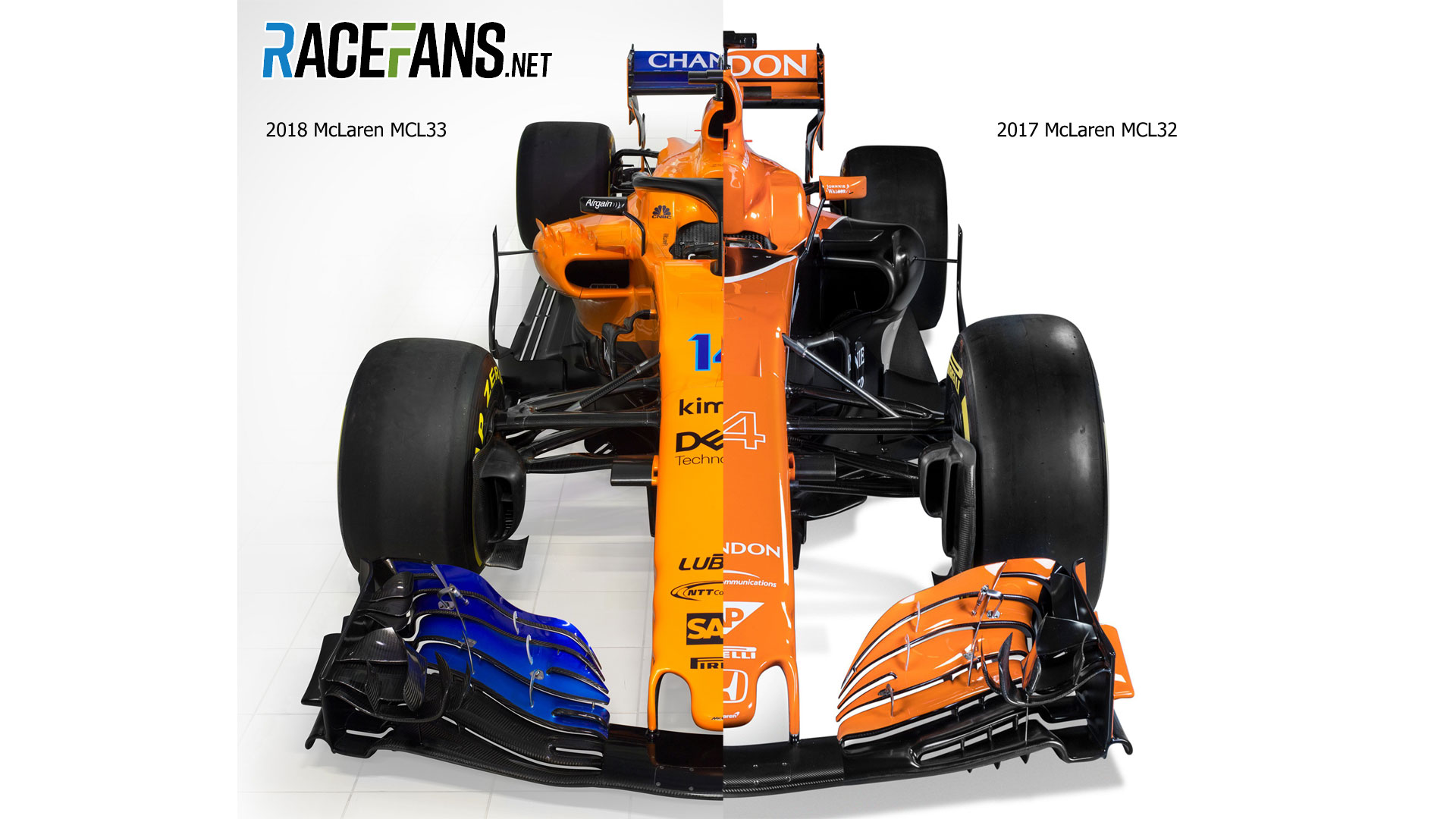 The big change under the skin of the new McLaren has already generated a huge amount of debate. One of the big talking points of the new season will be whether they can transform their fortunes after switching from Honda to Renault power.

The switch in power unit suppliers was decided long after the design process for the new car began. At the time racing director Eric Boullier said the change had set them back two weeks but the team ultimately feels they haven’t had to compromise on the core philosophy of the new car. Which, as these interactive images show, is very close to last year’s. 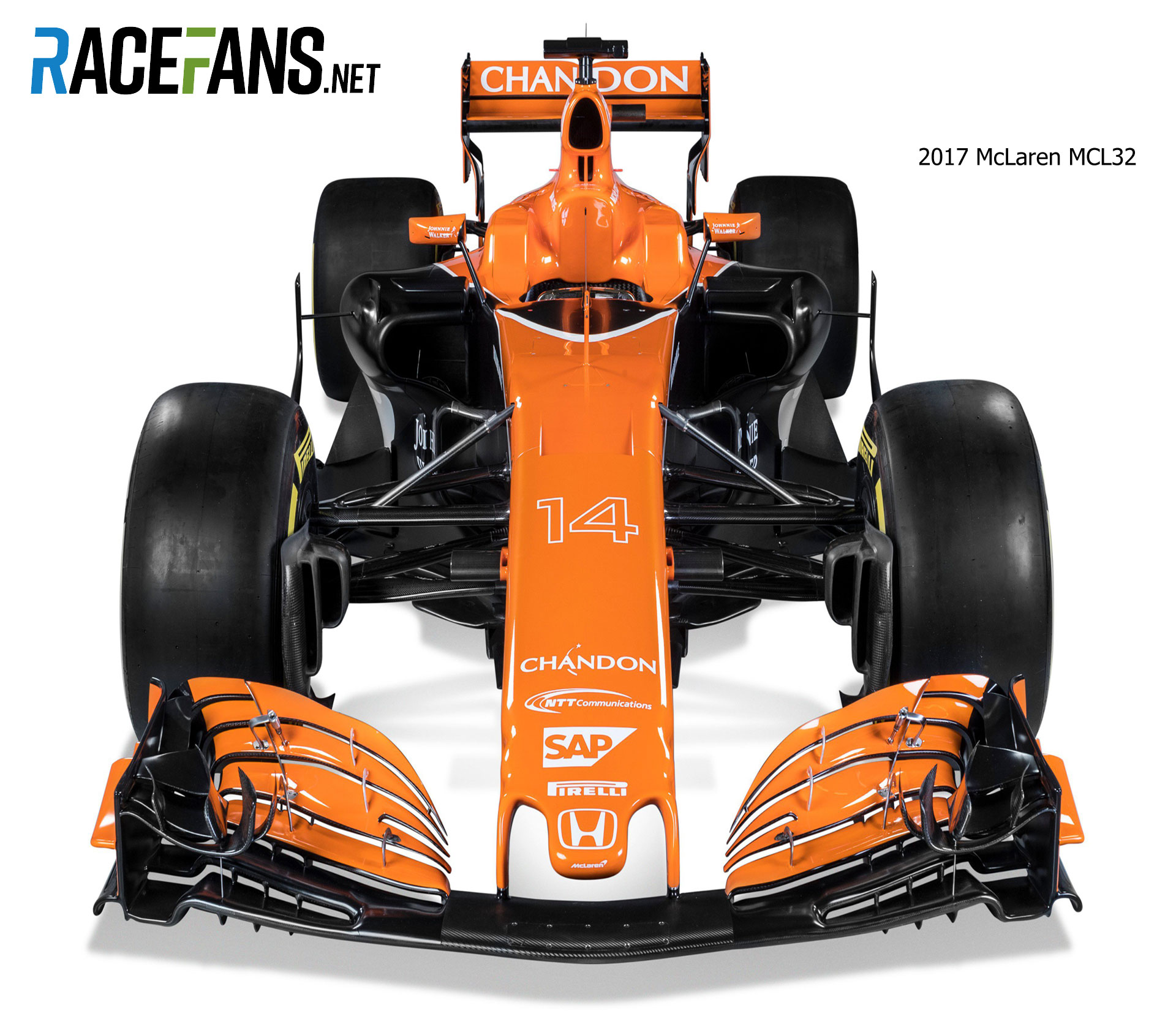 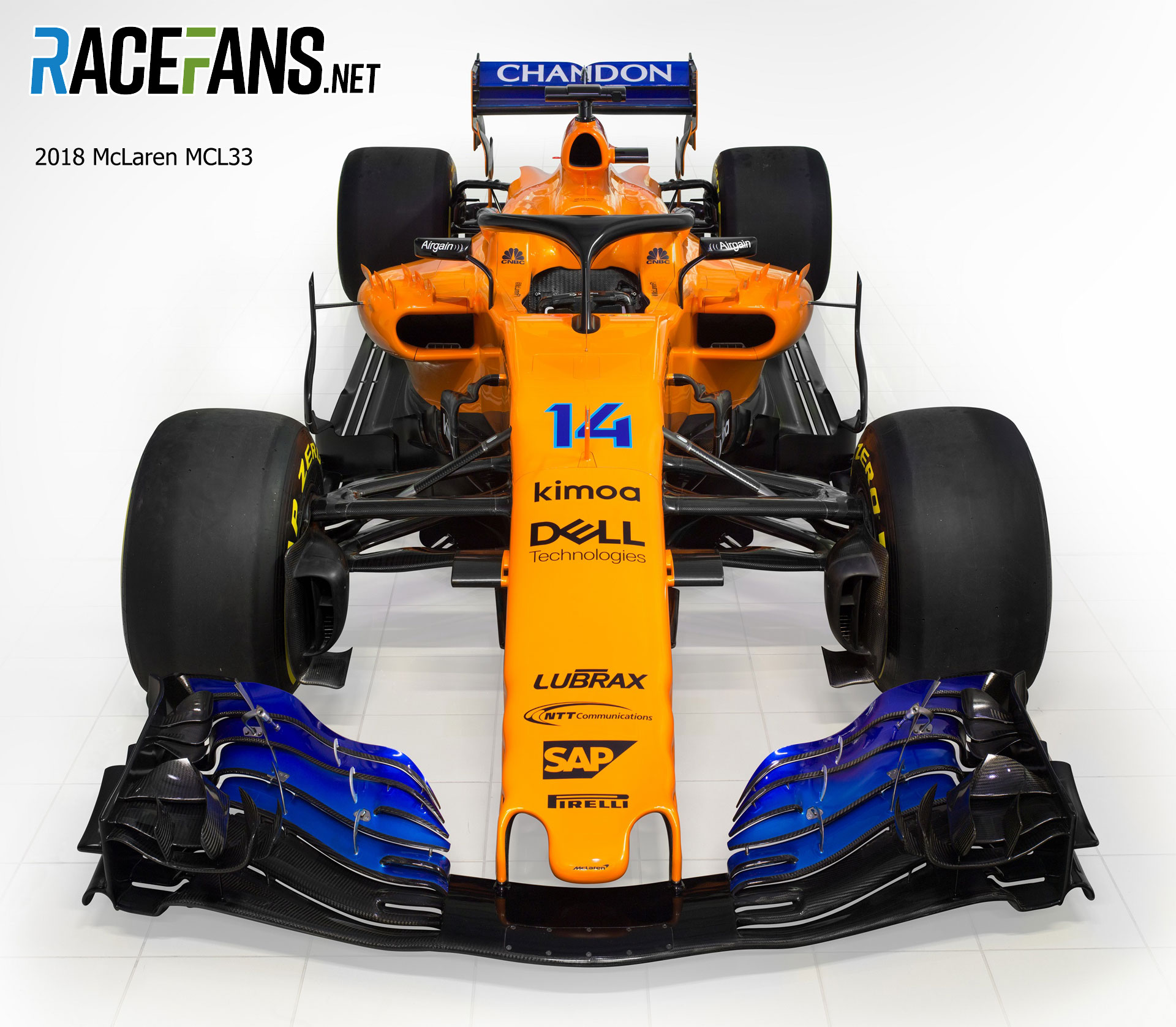 While it struggled with an underpowered and unreliable Honda last year, McLaren’s chassis was considered one of the most effective, particularly in quicker corners.

Outwardly the new MCL33 has much in common with the launch version of its predecessor. In particular the aerodynamic treatment around the critical bargeboard area is on the basic side, suggesting more development is to come here.

The front suspension also remains very similar to last year, despite off-season changes to the regulations governing this area of the car.

The steeply-raked MCL33 is a clear continuation of the thinking behind last year’s car. 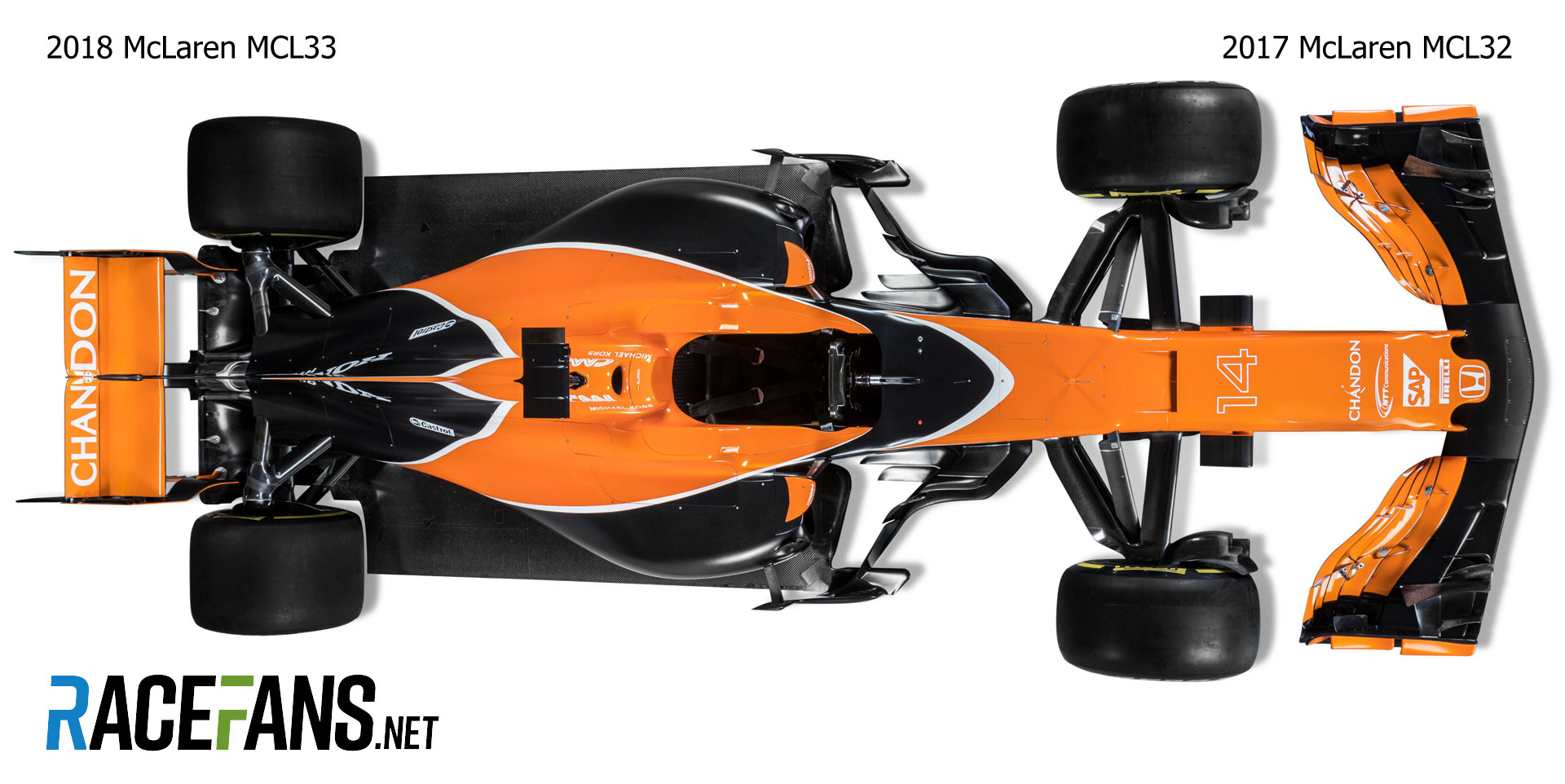 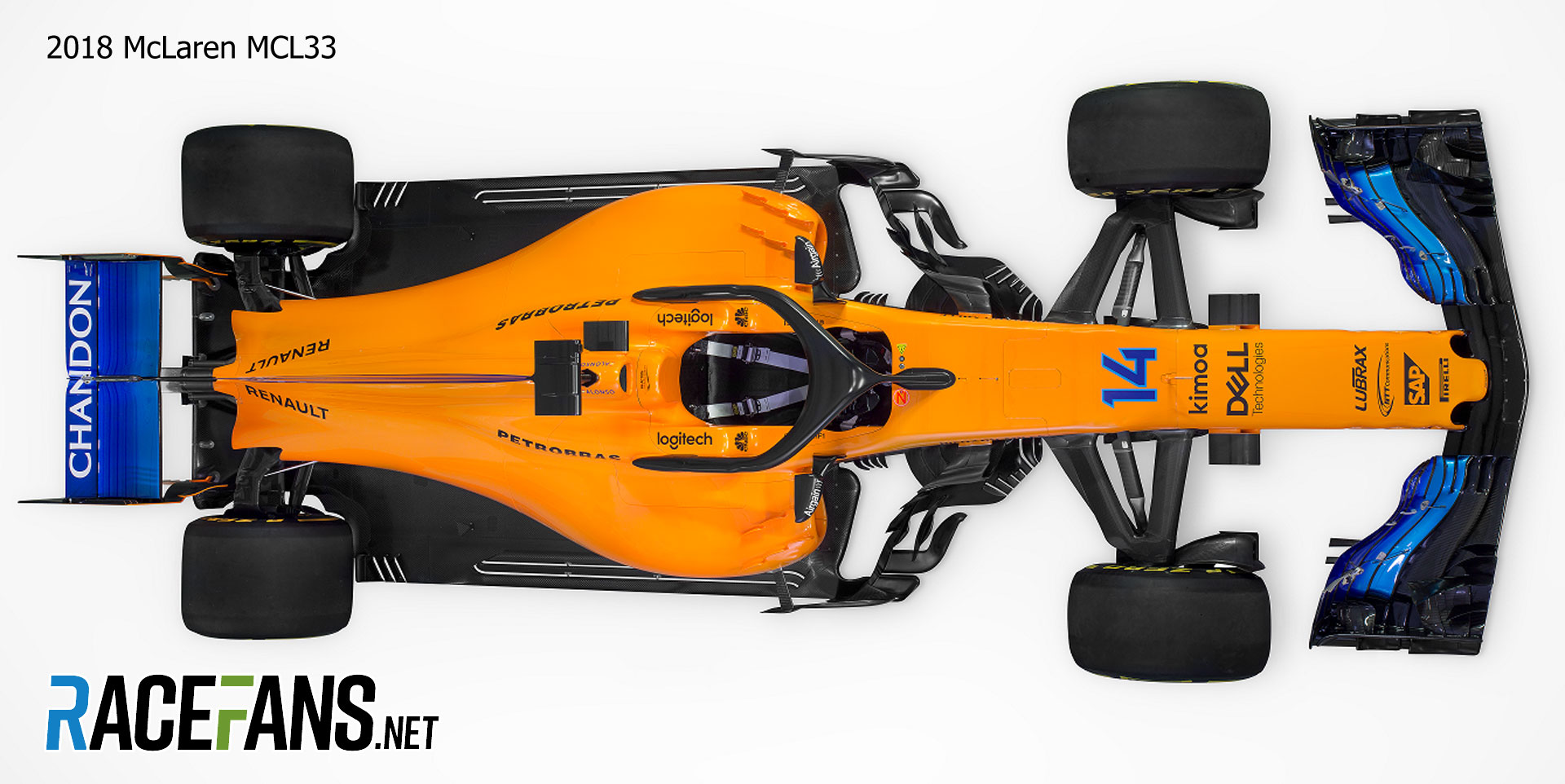 When McLaren revealed its first car featuring the Honda power unit in 2015 it boasted of the ‘size zero’ engine philosophy it had pursued to make the rear of the car as compact as possible. It departed from this approach over time and it’s noticeable how little difference there appears to be in the installation of the new Renault engine at the back of the 2018 McLaren.

It does not appear to be as compact as the packaging Red Bull has on its RB14 which features the same engine. But it would not be a surprise if McLaren has opted to launch the car with a more conservative design aimed at ensuring effective cooling and increasing their chances of achieving the reliable pre-season running they often missed out on with Honda.