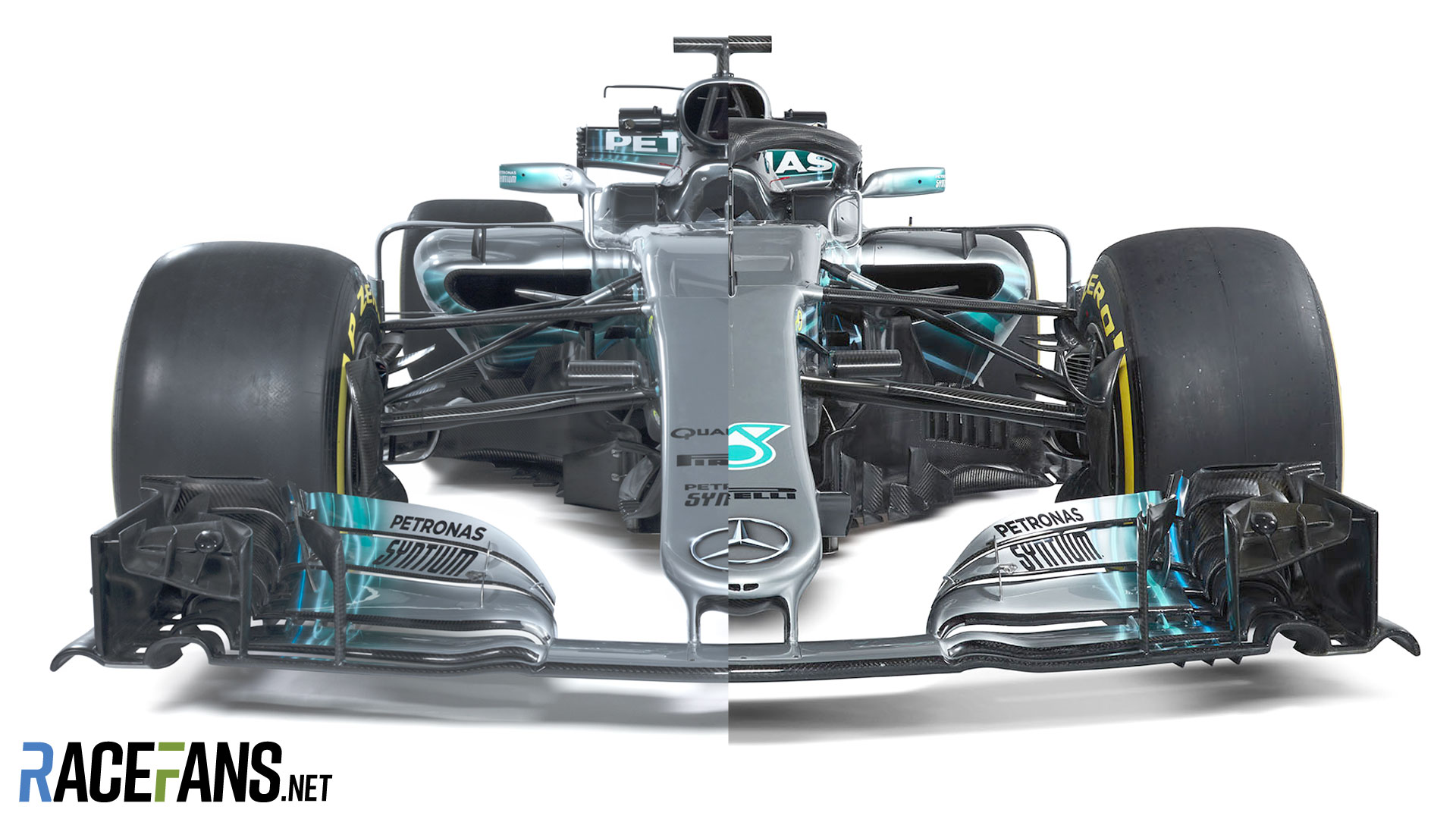 This is the car they all want to beat. The Mercedes W09 is expected to lead the field once again and it’s easy to see why.

The team has had the best power unit since the current engine regulations arrived in 2014. And while it didn’t hit the ground running 12 months ago as successfully as it did in the three previous seasons, Mercedes made excellent progress with its W08 and ended the year in strong shape.

For 2018 the team has had the opportunity to correct some of the vexing characteristics of its last car. So how does the world champions’ new machine compare outwardly to its predecessor? 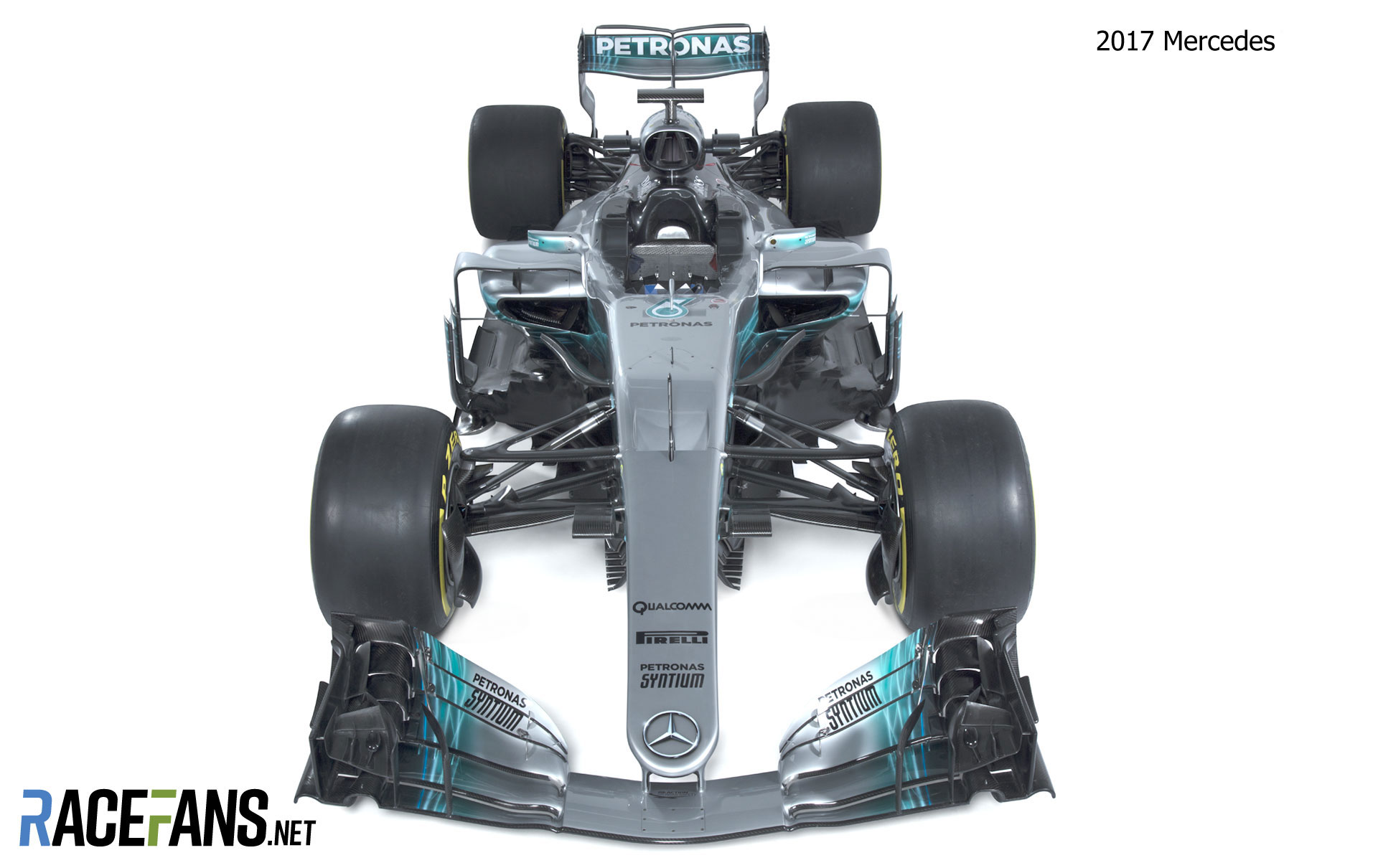 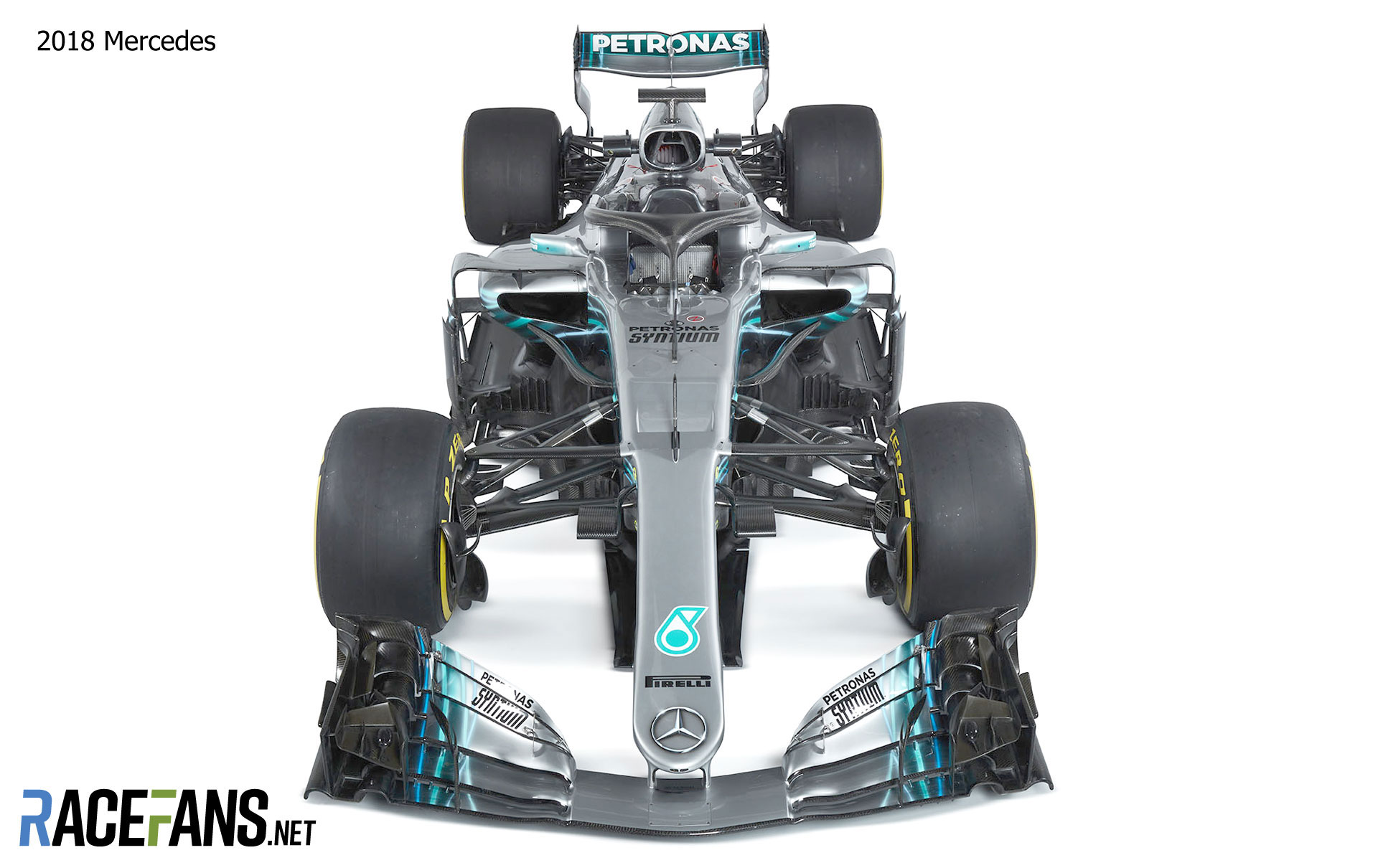 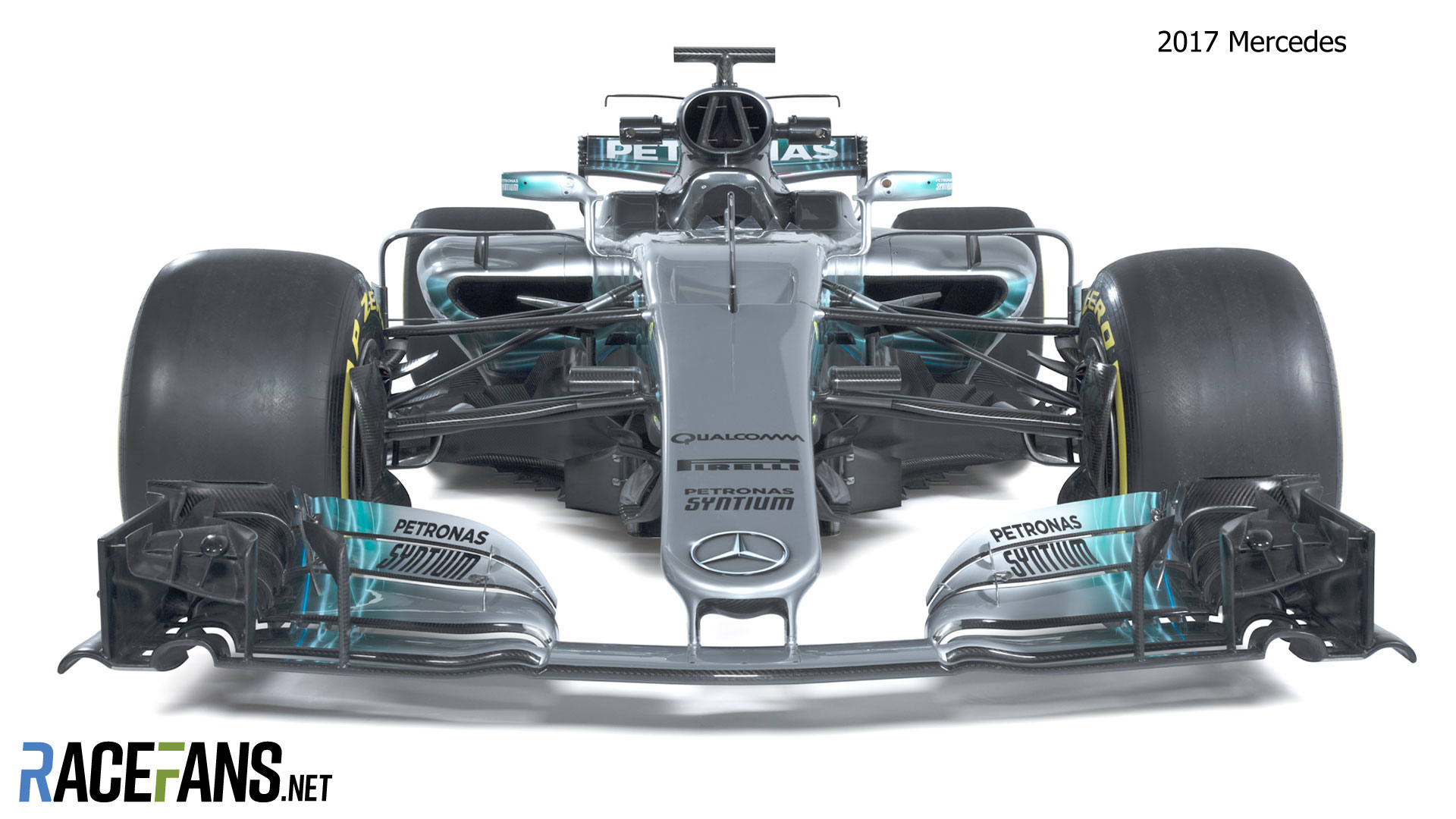 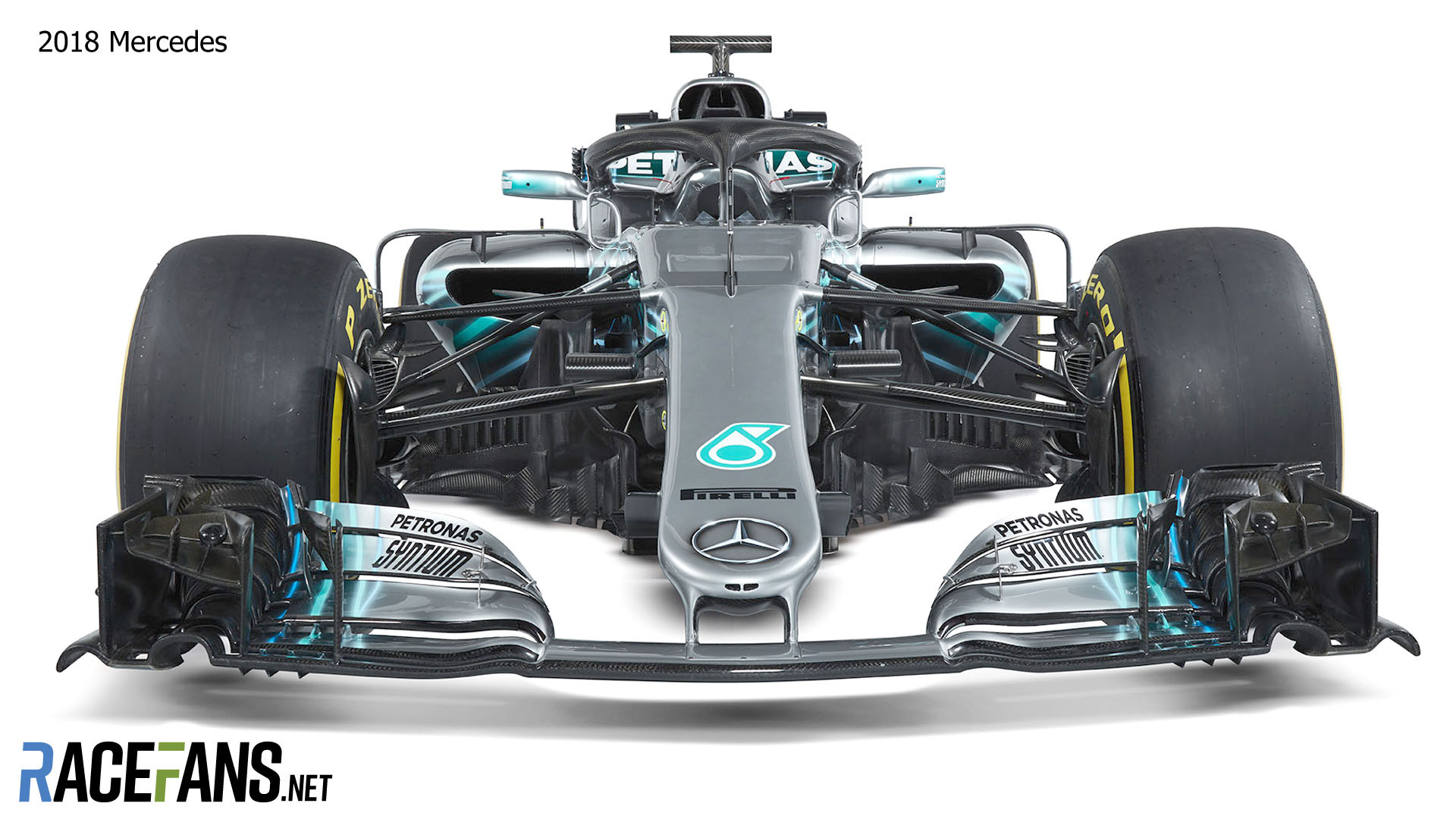 The high level of refinement in the initial aerodynamic package on the W09 is clear to see. Although the basic shape of the front wing and barge boards is little changed the details on them have progressed.

Some of this work took place during the course of last year, notably the distinctive scoop beneath the front nose which arrived as part of the W08’s first major upgrade package during last season.

While the trend elsewhere in the field has been towards larger air intakes Mercedes already had a fairly substantial one which has grown own slightly during the off-season.

One of the most striking developments in the new W09 is how efficiently Mercedes has packaged the rear of the car. The bulge around the power unit is noticeably smaller compared to last year.

A key benefit enjoyed by a team like Mercedes, which develops both its chassis and power unit, is that both can be customised to better suit the other. Unlike engine customers who have to make do with whatever they get – a situation McLaren has had to adjust to this year following its split from Honda.

So far most teams have unveiled cars which bear close resemblance to their predecessors, with Williams and Sauber notable exceptions. Mercedes is another which has kept the core aerodynamic philosophy of its predecessor.

Unusually, made a point of indicating it has retained the long wheelbase which set their 2017 car apart from the opposition. Some expected Mercedes to move closer to the competition, but clearly they believe they can make this design concept work more consistently than it did last year.