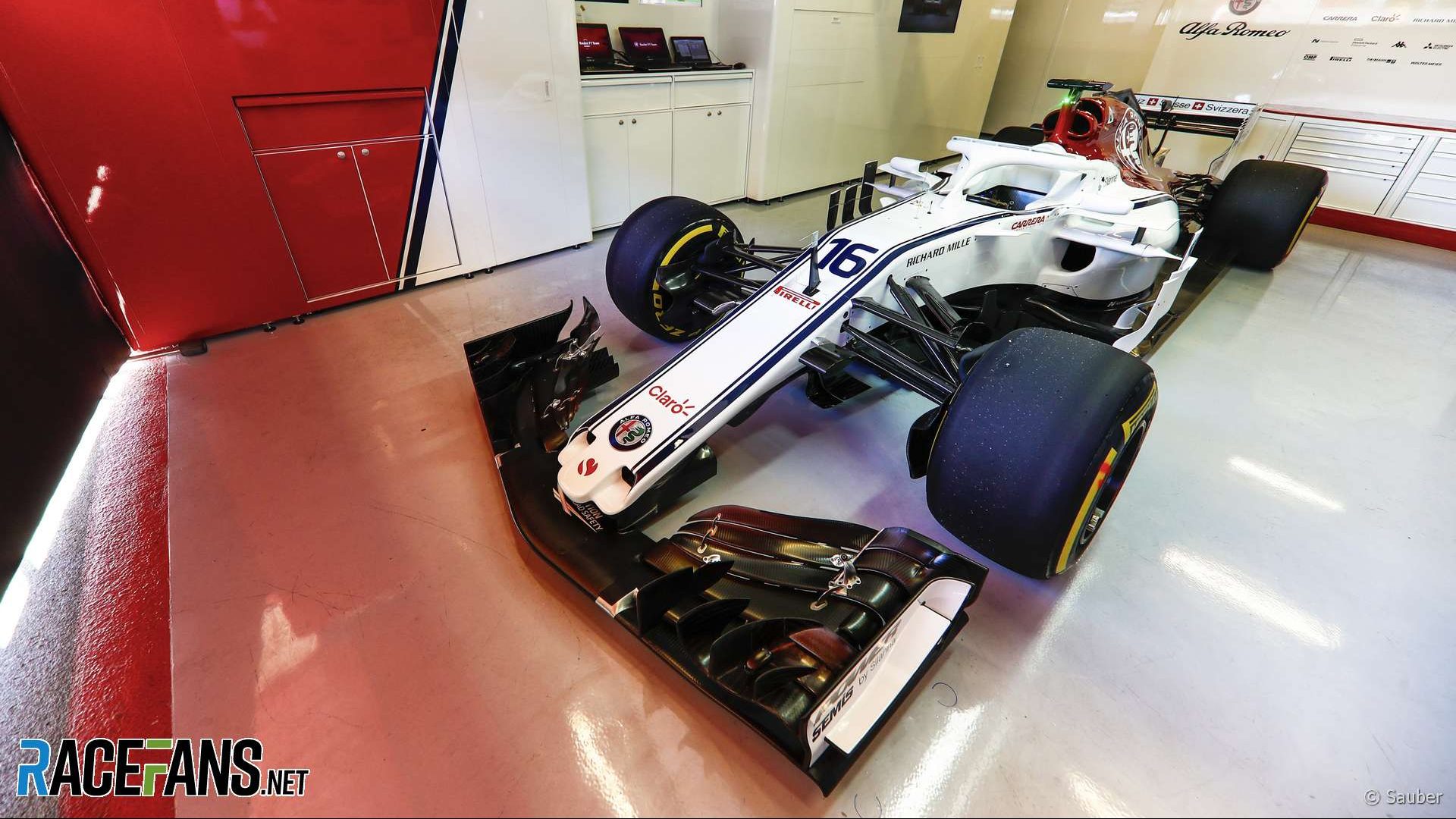 Sauber has been searching for a clear direction since the team was bought back from BMW by founder Peter Sauber at the end of 2009. In its new alliance with Alfa Romeo and Ferrari, perhaps it has found it.

Behind the scenes the Alfa Romeo deal has brought associated technical backing from Ferrari an up-to-date power unit in the back and installed the Scuderia’s very promising Charles Leclerc in the driving seat. Much has changed on the car as well, with striking features and bold design choices that could propel them to the front of the midfield fight, and at minimum must bring them forward from the back end of the grid.

The team’s technical director Joerg Zander described the C37 as “an entirely new race machine which offers a lot more adjustability in the aerodynamic and mechanical systems.” From first impressions alone it is clear the changes to the car go far beyond its fresh new livery.

These innovations start at the very front of the car. A new nose follows the trend established by Force India have been doing over recent years, creating orifices for the air to pass through to reduce the blockage effects of the stringent nose regulations which were introduced in 2014 (and refined in 2015).

This is the team’s first go at this clever design, which never reveals a hole in its cross section when sliced through the Y-plane. This was already a challenging component to make strong enough to pass the FIA crash test and the severity of the test has been increased for this year. Sauber is clearly satisfied with its initial attempt but expect further iterations of this to appear as the season goes on. An S-duct is a welcome addition that will help tidy flow around the nose too, but there might be more to this area than meets the eye.

“The nose and the front wing concept has changed largely,” explains Zander. “The wheelbase has been changed which means the front axle is moved further forward. This is in order to provide more space for turning elements in order to enhance aerodynamic performance.”

Sauber have taken notes from Mercedes and Toro Rosso’s front suspension concept from last year by raising the upper wishbone – mounted to the upright via a beautifully curved clevis – which in turn has allowed them to bump up the lower wishbone underneath. Such is the height increase that the lower wishbone now meets the upright in a roughly similar position as that of the upper A-arm from only a few years ago. Fins are moulded into the wishbone fairings to control air around the front tyre and manage its wake.

Zander says raising the wishbone height will “enhance aerodynamic performance” and the changes continue under the car’s skin. “We changed the inboard suspension elements to a much more compact and lighter design,” he added.

The development battleground focuses primarily around the bargeboards and the sidepod inlet area. While copying Ferrari’s lead in lowering the side impact protection spar, Sauber have gone down a more unconventional route by splitting the inlet into two smaller openings – one below and one above (and behind) the spar.

The lower inlet likely directs air to conventional engine radiators while the upper feeds the intercooler (and another cooler on the opposing side). This has allowed the overall width of the sidepods to be significantly reduced, maximising the vast amount of aero paraphernalia surrounding them.

The roll blade from last year has been carried over and now hosts no fewer than three pairs of inlets. It’s not certain what their purposes are yet but there are clues in the layout Sauber used last year and the fact fellow Ferrari customers Haas are using a conventional airbox in 2018. It seems the uppermost of the three inlets is an ERS cooler, the larger centre inlets feed air to the turbocharger and the very small openings beneath take care of the electronics.

Further ducts are visible on the engine cover spine, which were evident on last year’s car. These are likely to supply flow to a gearbox oil cooler which is mounted above the gearbox.

Zander is especially pleased with the work the team has done in ‘shrink-wrapping’ the power unit. “The bodywork is much more slender,” he said. “The packaging around the new cooling system is very tight. The design office have put a lot of effort into this.”

Nonetheless the team already has developments planned for the C37 throughout the year. “We are going to introduce upgrades on the aerodynamic package,” Zander confirmed. “There will be new floors and new front wings and perhaps also new bodywork elements being introduced.”