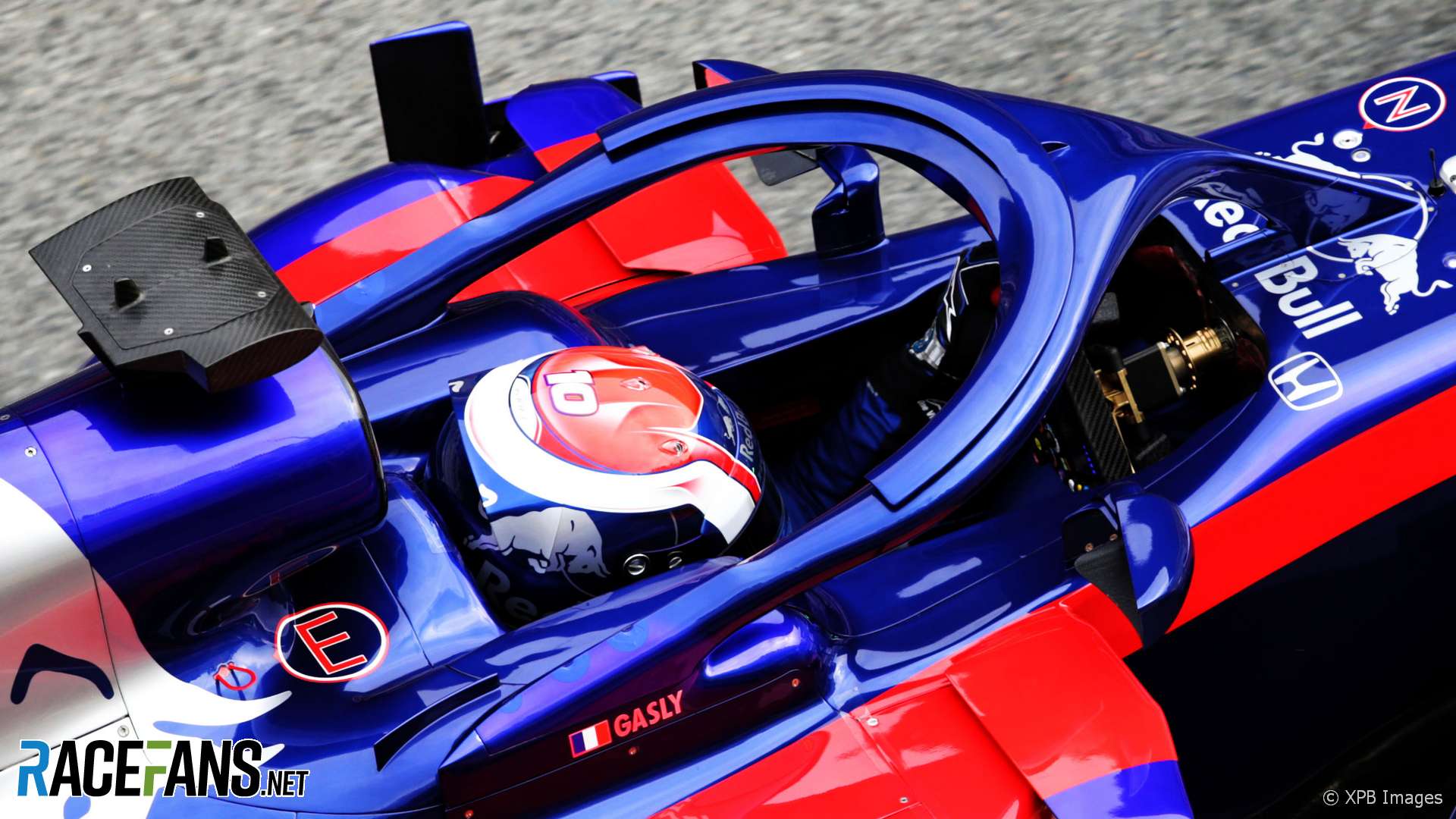 Pierre Gasly said he tore his racing suit on the winglet which had been fitted to his Halo when he got into his car during today’s test.

“I don’t like it, it’s just a big mess to get in the car and get out,” he told media including RaceFans after today’s test. “My suit is already broken.”

“It’s only the first day and I have many holes on the back,” he explained. “You have to be a lot backward to slide in the car, it’s quite weird. Now with all the winglets you have on the Halo you cannot really pull to get out, you can’t really touch it.”

“It’s quite weird conditions but nothing really important,” he added. “I just prefer the old cars, that’s it.”

The Toro Rosso driver admitted he isn’t a fan of the new development but said it didn’t cause him any problems once he was behind the wheel.

“To drive with it, it doesn’t make a big difference,” he said. “In terms of visibility it’s the same.”

“Of course you see something on top of you which is a bit weird. But when you start to drive you are so focussed, you just pay attention to your driving, you don’t really see it.”

Getting out of the car is also “quite a big challenge” and could slow drivers’ escape in an emergency, said Gasly.

“It could take longer, that’s for sure. [But] it doesn’t worry me because I don’t think about any bad things. For sure I think it will be longer to get out, that’s what we have for this year. I don’t know if we’ll have it for the next couple of years but we’ll have to get used to it.”

25 comments on “Gasly tore his race suit on Halo winglet”