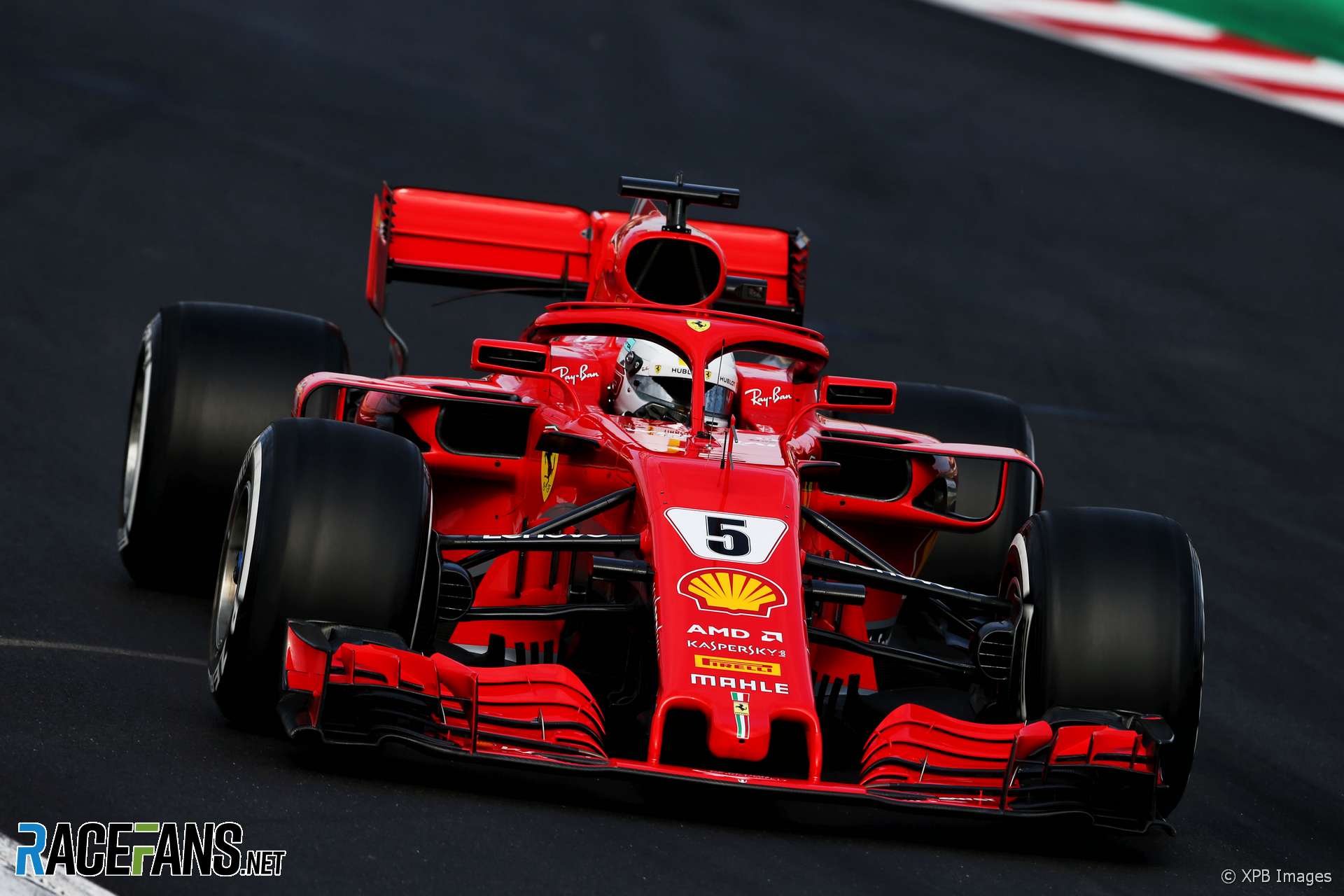 Mercedes were kept from the top of the times sheets for the second day running as Ferrari led the way at the Circuit de Catalunya.

Sebastian Vettel, driving his first full day at the wheel of the SF71H, set the quickest time of the test so far with a 1’19.673, some three-tenths of a second faster than Valtteri Bottas. Vettel also caused a brief red flag with a spin at turn two.

Very cold conditions at the start of the test meant few drivers ventured out early on. The track temperature eventually warmed up slightly but it remained chilly enough for a brief snow flurry later in the running.

Mercedes began the day intending to run Lewis Hamilton in the afternoon session. However after the lunch break was cancelled to allow for extra running the team said it had decided to take full advantage of the opportunity rather than lose time converting the car to his specification and kept Bottas in the car.

An early run on hyper-softs moved Stoffel Vandoorne’s McLaren up to third overall but he was only able to complete 37 laps. The car spent most of the afternoon in the garage.

Williams stuck to its plan of splitting the day between its two drivers. Robert Kubica took over from Sergey Sirotkin in the afternoon and ended up the quicker of the two by three-tenths of a second.