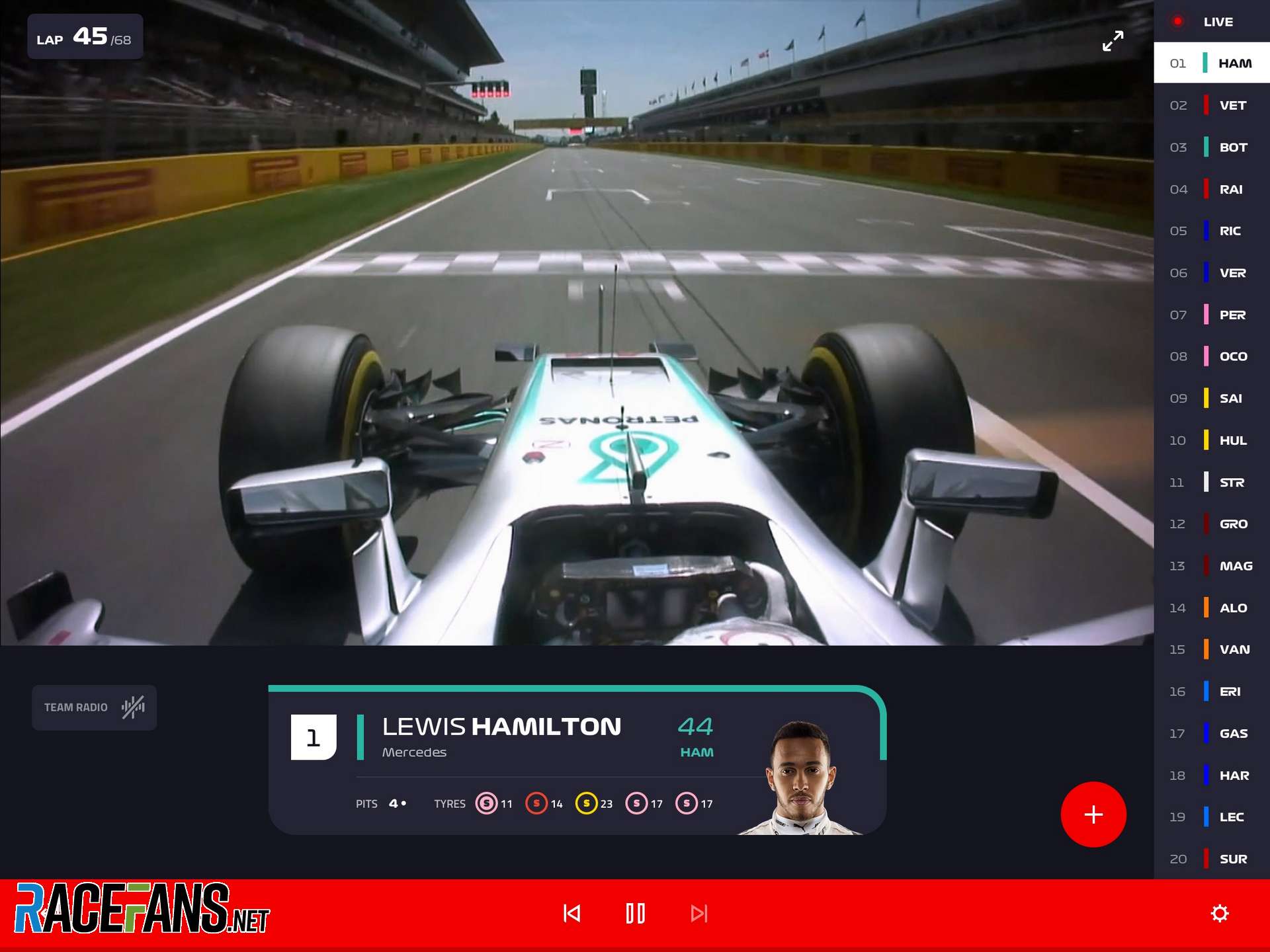 Formula One fans will be blocked from using virtual private networks from accessing F1 TV in the regions where it is not being made available at launch.

“We’re working with our technology partners who are yet to be named – with the exception of Tata – who will be part of the product to put in place best-in-class content security and protection,” he said.

“That’s always been a fairly conservative position we’ve taken from a Formula One perspective. Put another way, we’ve been aggressive in protecting our IP and will continue to do so on this service.”

However F1 TV could eventually be made available to fans in regions where the service isn’t being launched initially. “In the markets where we haven’t carved the [digital] rights out, like the UK as an example, we’re very open to working with our partners to consider a path to up-selling this product to our broadcast partners’ customer base,” said Arthofer.

Formula One is launching its F1 TV Pro service which will bring live streaming of F1 races over the internet without a pay television subscription for the first time. Arthofer said it will be available in “about 40 countries at launch”.

The full F1 TV Pro service will give fans access to onboard streams from all 20 cars plus the world feed and three other channels, “one of which will be a data channel and two others are still in development,” said Arthofer.

“So actually it’s a bit groundbreaking from a sports perspective in that for the first time ever one individual sport will be streaming 24 different feeds from the same event on a live, simultaneous basis.”

F1 is targeting two groups of fans with the F1 TV product which it hopes to launch in time for the first race of the season in Australia, said Arthofer.

“Firstly it’s fans who don’t have cable but are Formula One fans in a given market where it’s available on a pay-TV basis and they’d like to subscribe directly,” he explained.

“And the second demographic is the super-hardcore fans. We have by our estimates around 500 million Formula One fans in the world, about 5% percent of the world’s population, which is quite a number. If even conservatively 1% of that customer base is a super-avid hardcore fan, that’s 5 million addressable audience to who would potentially be willing to pay the incremental fee for what is really the best way to watch Formula One in the market.”