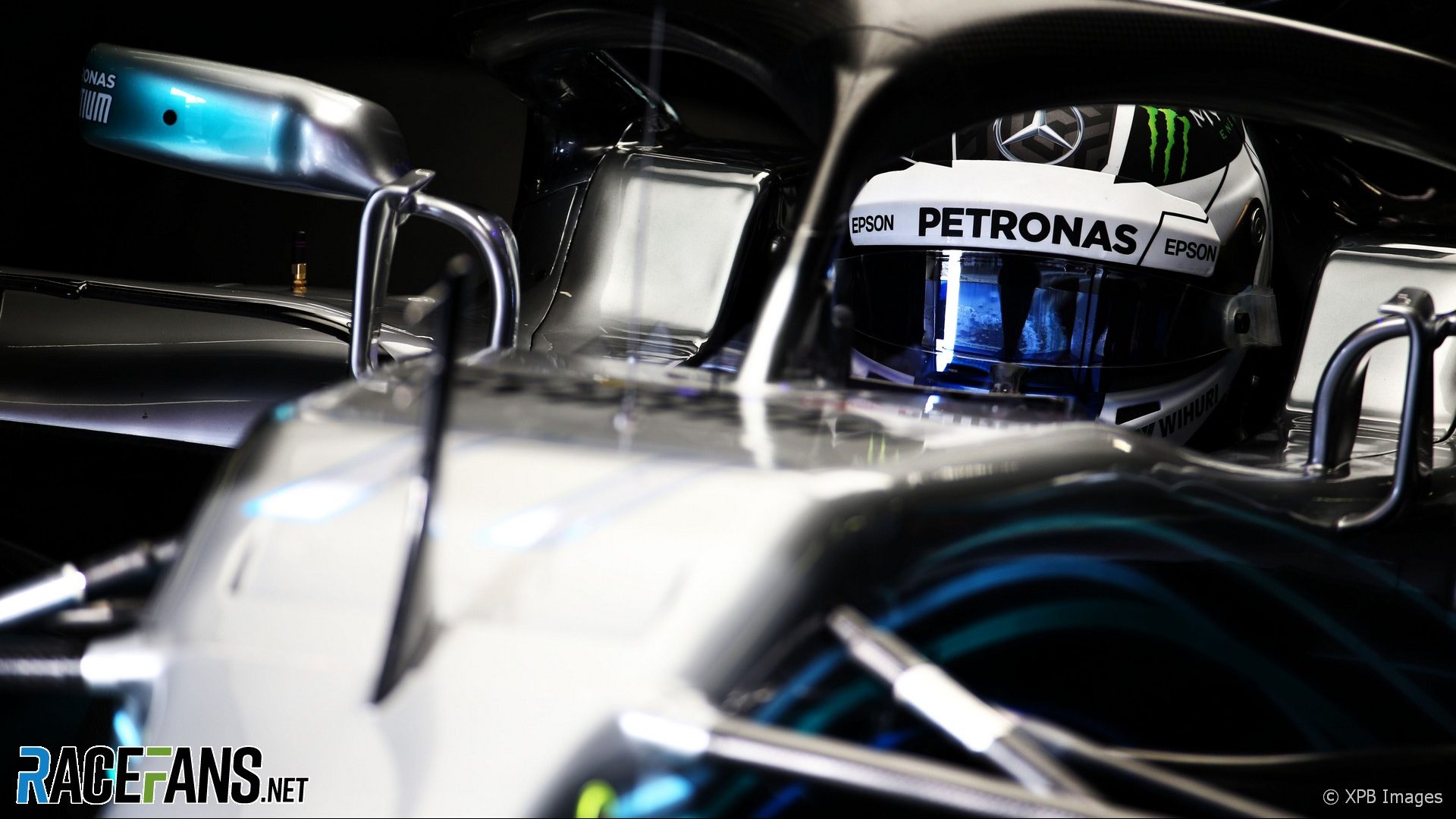 Valtteri Bottas says he’s concentrating on his own weaknesses rather than team mate Lewis Hamilton’s as he heads into his second season at Mercedes.

“Every driver has weaknesses, that’s how it goes,” said Bottas following yesterday’s test at the Circuit de Catalunya. “But rather than focusing too much on him I’m going to spend my energy and focus on myself and my performance on track. And if I perform on the level that I’m aiming to every single race I hope that will do the job.”

“So I’m not going to start wasting my energy [on] any games.”

Bottas said he’d had a series of meetings at Mercedes in December and January to evaluate his performance last season. These focused on “the races, the conditions, the sessions I didn’t perform on the level I should have,” he explained. “And I learned a lot from those so definitely more focus has been on those.”

“But also my average races or good races, I want to make every area better. Definitely focus more on my weaknesses, that’s the way to go, but you also need to remember your your strengths.”

After a strong start to 2017 Bottas had a difficult second half of the year. “It was tough last year because I really wanted to perform after the August break and that’s when there was a few difficult races,” he said. “So that was a pretty tough time which I learned from massively.”

“But through your career there’s always tough times. I remember once, I was seven or something, a go-kart race, I was nowhere, I had no pace. I went crying behind a trailer because I was so disappointed. So things like this, many examples, which makes you stronger if you learn from those.”