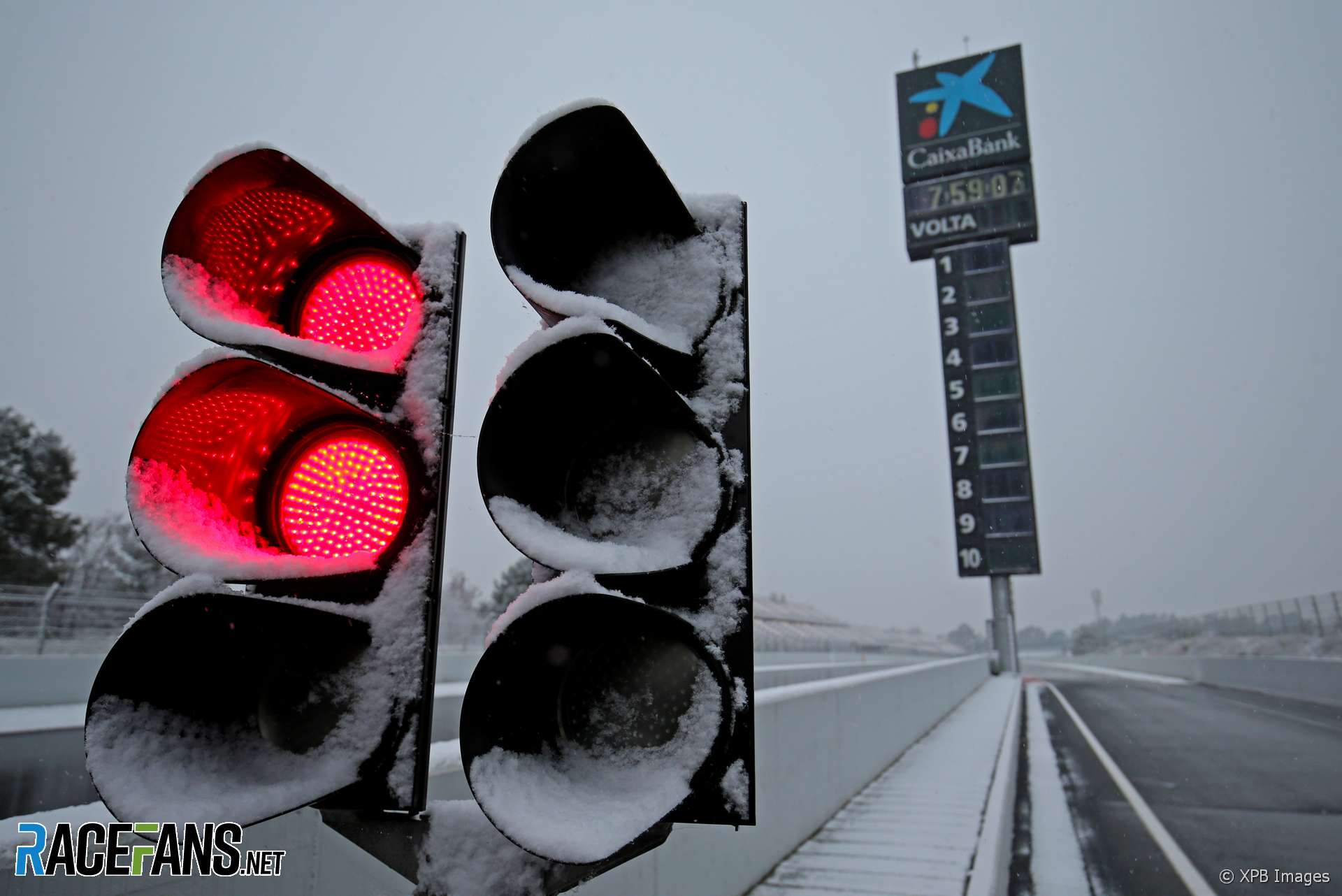 The start of day three of testing for the 2018 F1 season was postponed after snow fell at the circuit overnight.

The session eventually began three hours behind schedule at 12 noon local time (11am GMT). The start was delayed as the conditions prevented the medical helicopter from being able to fly.

The circuit operators confirmed the session will run without a lunch break and finish at 6pm local time.

Teams had previously discussed the possibility of extending the test due to the poor weather conditions at the track this week, however no plans to run on an extra day were agreed.