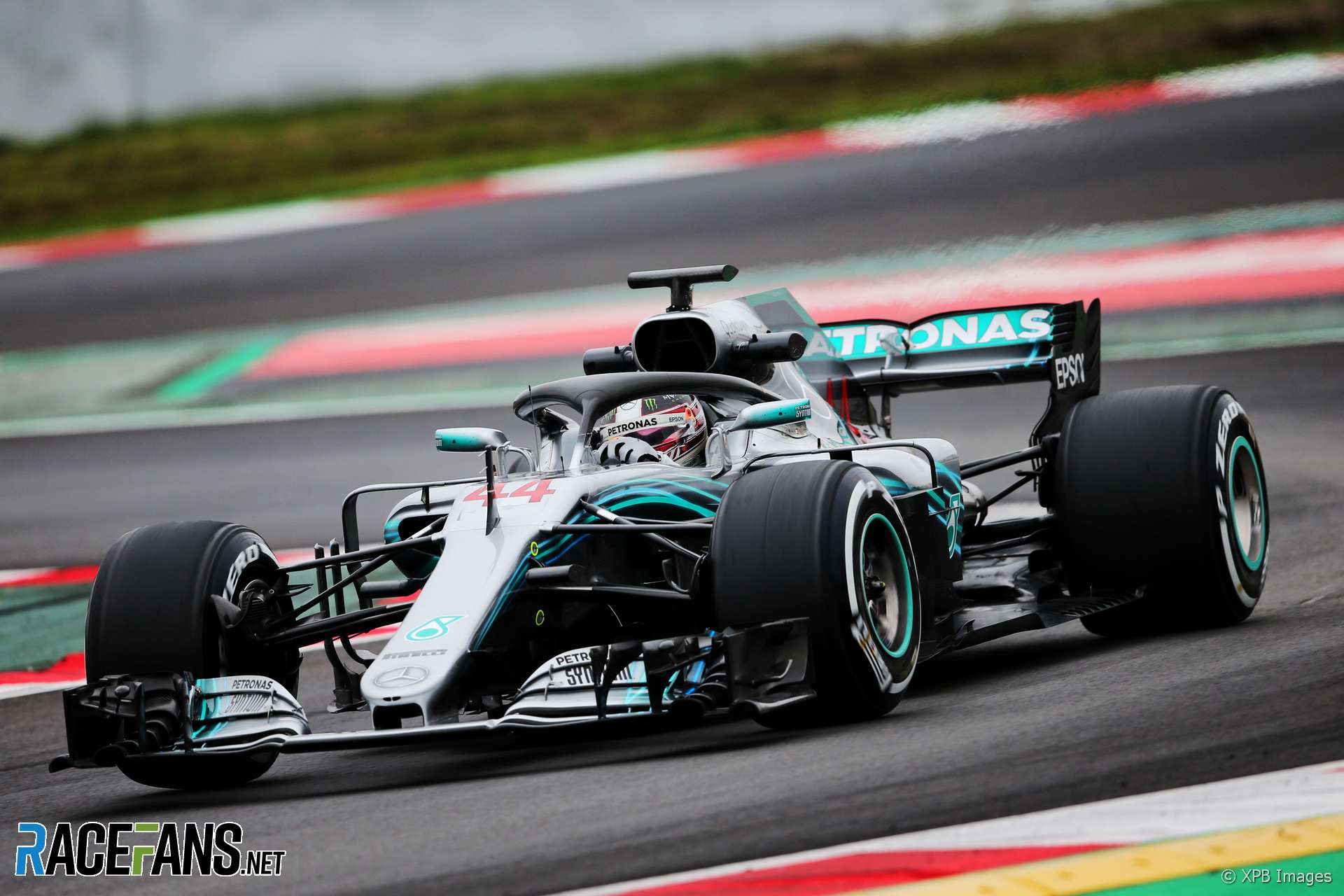 Lewis Hamilton hit out at the changes to the Circuit de Catyalunya, saying its recent resufacing has removed the challenge of driving the circuit.

“I’m not quite sure why they do resurface,” said Hamilton after leading today’s session at the track, “I think it’s a waste of money in general.”

“The older the surface the more character there is in the circuit. If they smooth it out it loses the great character a track like Barcelona has.”

As well as resurfacing the track, the circuit owners have adjusted the camber on some corners and revised kerbs. Hamilton suggested the changes were made to suit motorbike racers.

“They’ve done that in many circuits, I guess it’s maybe something to do with Moto GP or something like that. So we have that fight: Whilst I love Moto GP they hate us because we make it bumpy and we hate them because they keep getting us to have these big run-off areas and stuff.”

Catalunya is one of several older venues to be resurfaced in recent years including the Hungaroring and Interlagos. Hamilton believes the changes are robbing tracks of their character.

“I like a track that’s a bit more dated in terms of surface. Drivers in drivers’ briefing are constantly complain about bumps, but you have to manoeuvre around bumps. You can brake a little bit more offline or brake afterwards, or slightly before them. Or you have to set the car up to be a little bit better in terms of ride. But that’s what the character of a circuit is. You flatten it out and it’s got bunch of corners but it’s missing something.”

Driving bumpier tracks is “harder, it’s trickier” said Hamilton. “You’re going through corners, the car starts moving a little bit more. You’re having to be a bit more responsive and I like that challenge.”

“When you smooth it out you make it easier and in all honesty this track is a lot easier. Driving it today is the easiest it’s been the whole 10 years I’ve been driving.”

41 comments on “Hamilton: Catalunya resurfacing a “waste of money” which has made track “easy””