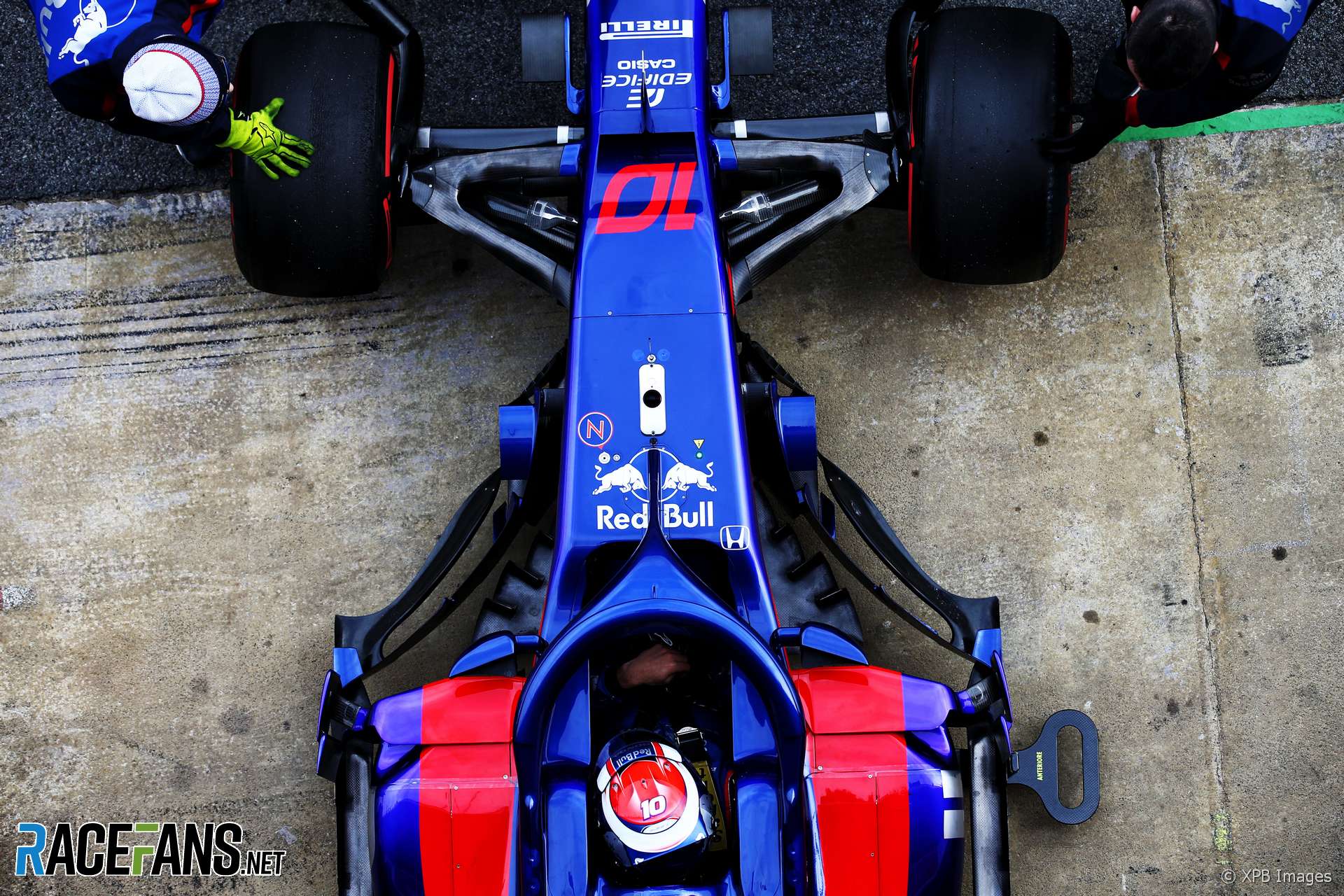 In stark contrast this year the sole Honda team Toro Rosso has accumulated more testing mileage than any of their rivals. It’s an encouraging turnaround, one which explains why Toro Rosso technical director James Key gave a glowing appraisal of their new engine partner today.

Conditions remained tricky at the track on Thursday. However after a wet start by the afternoon it was dry enough for teams to do more representative running.

Lewis Hamilton set the quickest time of the test so far on medium tyres which are the third-hardest of the seven compounds available this year. This more or less matched the fastest time Mercedes managed in this test last year and almost two-tenths off the pole position time.

It’s likely there are much bigger gains still to come however. Pirelli predicts lap times will go under 1’18 next week.

Half of the teams present have already lapped quicker than they did at last year’s Spanish Grand Prix weekend, which is likely to be a more solid measure of progress. McLaren are leading the way here, but note they set their best time on the softest tyre available.

How significant is it that Toro Rosso is heading the mileage chart with its Honda engine? It’s obviously a huge step forward compared to last year. It’s also an essential one: As the only team using a Honda engine, they have to rack up the kilometres.

A big talking point ahead of the new season is that each driver only gets three power units for a 21-race season. They therefore have a duty cycle of seven races plus associated practice and qualifying sessions.

Having covered just over 1,500km with their Honda, Toro Rosso has nearly done five race distances which puts them well on the way to proving the new engine can do it. How conservatively they’re running it remains to be seen, but it’s not as if their lap times are wildly out of step with their rivals. The early signs are encouraging.

Having slumped to the foot of the mileage chart earlier in the week, largely due to some niggling technical faults, McLaren had a very productive Thursday and moved up the mileage chart. They’ve covered more ground than fellow Renault users (as TAG-Heuer) Red Bull, which is cause for some satisfaction.