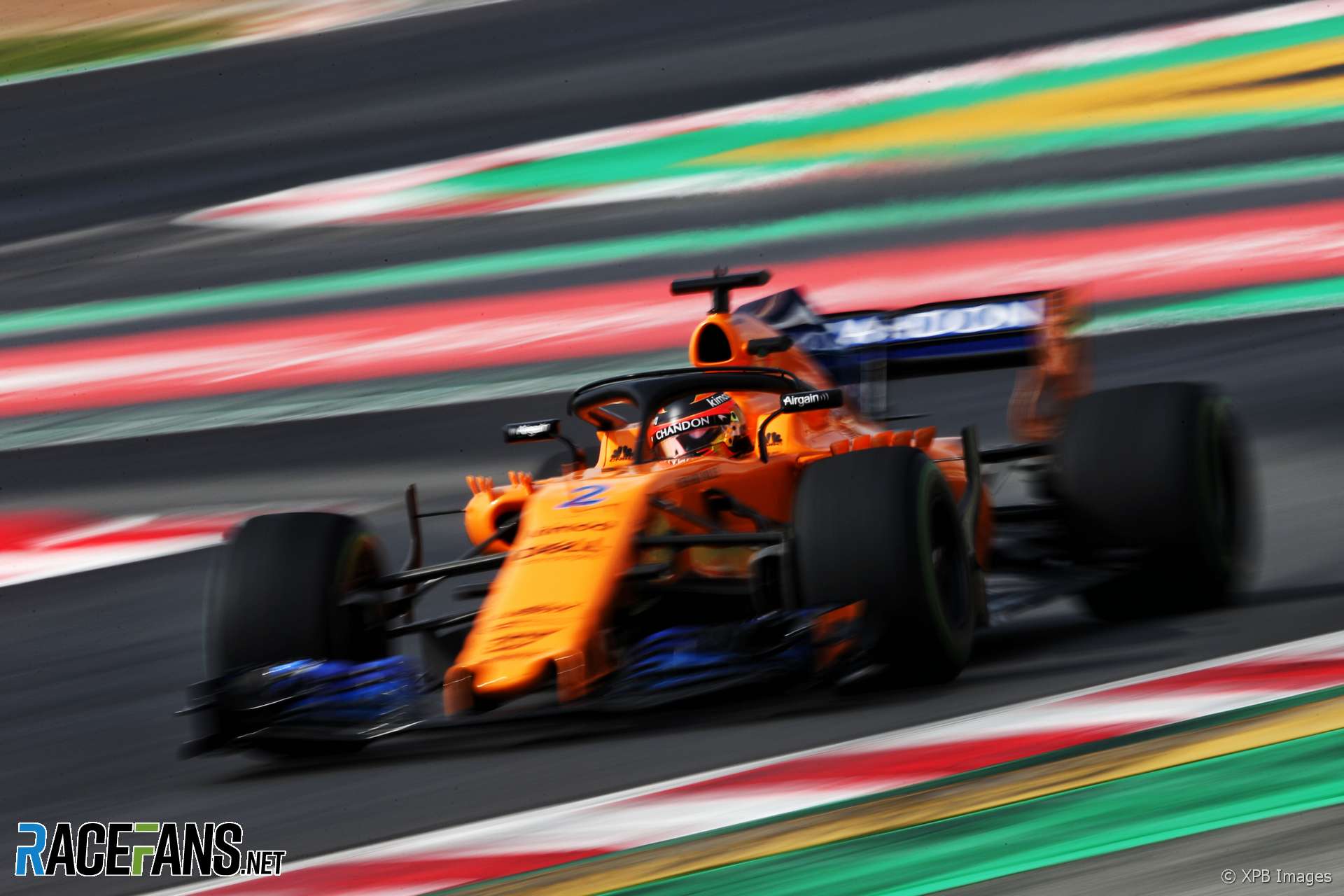 The exhaust problem on Stoffel Vandoorne’s car which robbed McLaren of vital testing mileage on Tuesday was caused by £2 bolt according to racing director Eric Boullier.

“It’s a stupid bolt which broke in the exhaust,” he explained during the final day of the first test. “It’s a £2 problem which cost us a lot of track time.”

The fault restricted Vandoorne to just 37 laps on the second day of the test. It came after a wheel nut problem sent Fernando Alonso off the track early in the first day’s running. Boullier said the nut hadn’t been tightened sufficiently.

“Obviously we investigated more and we are going to have some preventive… like a plan to do some modifications to make sure it doesn’t happen again.”

The wheel parted company with the car which has raised safety concerns. “There is now a discussion between us and the FIA to understand what happened,” said Boullier, “because the wheel that got stuck, the wheel as well and it broke the hub if you want and that’s why we lost the wheel.”