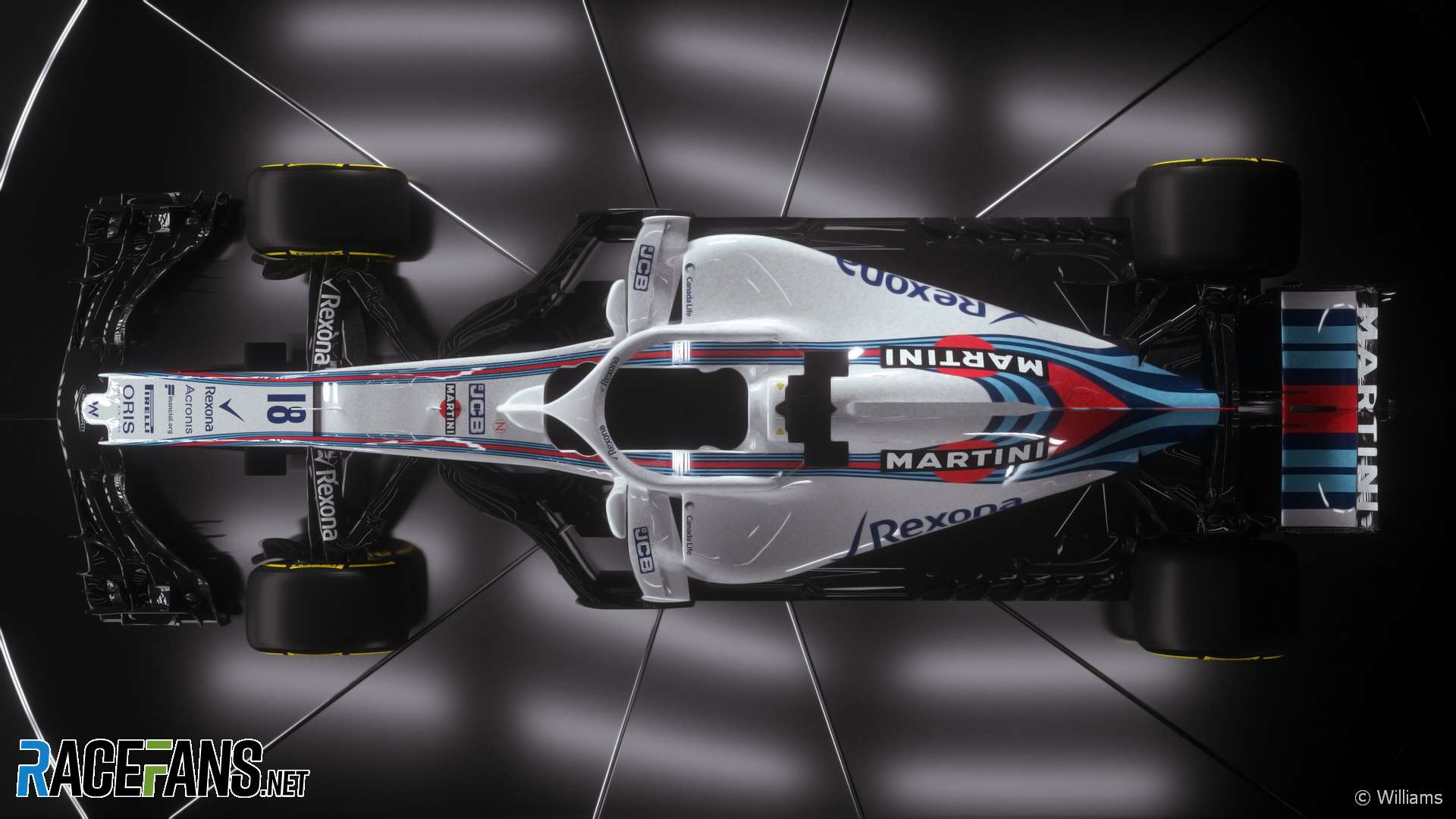 With the Williams FW41 the team intends to reverse the gradual slide in competitiveness since its strong performance in the first year of the V6 hybrid turbo engine regulations.

Having returned to the team last year, Paddy Lowe’s technical eye has been cast over all departments in a bid to rejuvenate the team supported by former Ferrari man Dirk de Beer, who is now head of aerodynamics. The product is the Williams FW41: a car which is clearly a departure from its predecessors, yet one with a discernibly methodical approach to its wholly new design.

The FW41 “isn’t just a genesis of a new car, it’s a genesis of a new team,” in the words of chief designer Ed Wood. “Some big changes happened over the winter and during the early part of 2017,” he added, of which Lowe and De Beer were just the two most well-known.

“When Paddy came here he recognised that when we moved to the hybrid engines in 2014, the FW36 was a very strong car,” said Wood. “He could see from afar that there were actually very strong characteristics about certain aspects of that car, particularly around tyre management, and we’ve drifted away from that with successive cars until the FW40 last year.”

Lowe brings a wealth of knowledge from Mercedes but what we have here is not exactly a W08 with Martini stickers. Arguably Lowe’s key strength is on the mechanical side and while much of whatlies below the skin of the FW41 remain a secret there are already a few areas of the car reminiscent of his previous work.

The similarities start at the front of the car which features a caped nose in place of the usual turning vanes and revised upper flaps on the front wing. Williams had fallen behind with development in this region so adopting the cape is a promising move and shows signs of change. The team will now have to learn how these potentially powerful aerodynamic devices work the air over the rest of their car, with developments surely to follow as their understanding grows.

Wood makes it clear the team expect to find a lot more downforce from their second attempt at the post-2017 rule set. “We’ve been much more aggressive on the car,” he said, “we’re opening up a lot of potential for aerodynamic development, so I’m hoping to see some good characteristics in terms of driveability, predictability, and the capability of the drivers to get a hold of a good consistent race car, with a very big uplift in overall aerodynamic potential.”

The midriff of the car, which was concealed at launch by carbon fibre, black paint and darkened images, exposes a significant chunk of the team’s winter work. The all-new bargeboards are greatly evolved over last year’s.

The footplate area is heavily fluted, consisting of an array of ‘teeth’ that extend forward from the leading edge of the floor and intersect the base of the bargeboard. The fluting creates lots of small pressure gradients, leading to the generation of a series of vortices that wind up into one as it is pushed outwards by the bargeboards that help seal the floor, boosting downforce.

The sidepods have an air of Ferrari about them, however, and their design is a genuine masterpiece: by using the low-slung side impact protection spar an extreme undercut has been created below the wide, but narrow, inlet, providing a huge volume for airflow to travel through. The undercut is protected by a plethora of large baffles surrounding the inlet, defending it from the turbulent wake of the tyre ahead.

At the rear the Mercedes influences continue with a similar diffuser design. Williams continues to use an alloy gearbox case while most teams construct theirs from carbon fibre. “It’s something we may look at for the future,” said Lowe, “but we’re happy with what we’ve got at the moment.”

The front suspension has received a bit of an inspection over the off season. The high wishbone layout favoured by others hasn’t been adopted, nor the extruded clevises, but the carbon fairings have been heavily sculpted to manage the air around the front tyre.

De beer says the team has “taken a more aggressive approach” with the FW41 compared to last year’s car, “both in terms of being prepared to adopt features on the car which may lead to a loss of performance but that we feel, in the long term, is the right direction to go, and also being more aggressive in the way we believe we will operate the car.”

“For example, in terms of how much fuel we’re running, how much cooling we have in the car. The car is much less conservative than the FW40. We are pushing the car to the edge in a whole variety of areas.”

How big a step forward they have made, and how quickly they can realise it given the compromised start to testing due to last week’s poor weather, is now the crucial question.