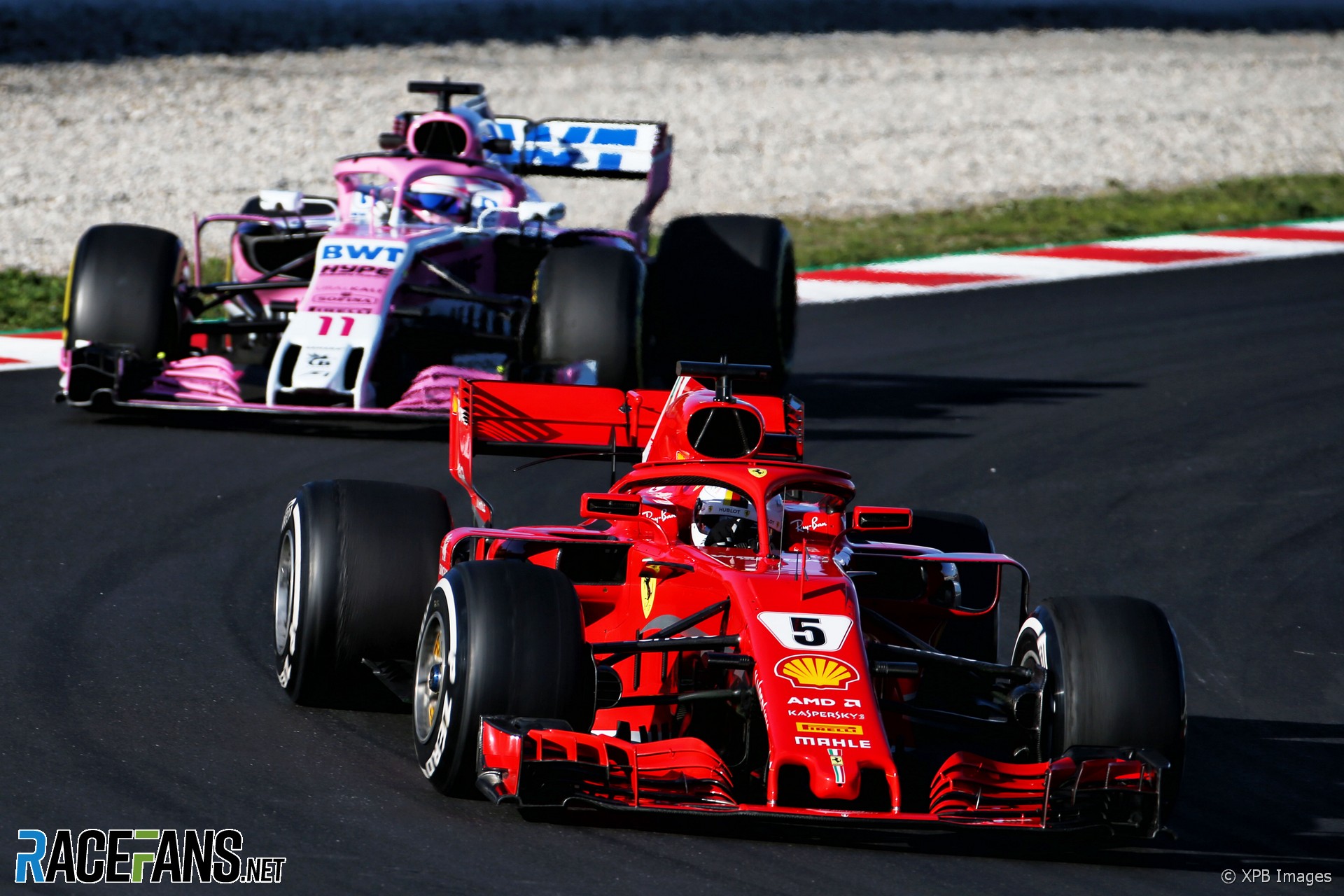 Halfway through the fifth day of pre-season testing at the Circuit de Catalunya the ‘big three’ teams had all set lap times within five hundredths of a second of each other.

All very encouraging for those hoping to see a closer fight this year, but not necessarily representative of how competitive they truly are. After all, none of them have managed to lap any quicker in this test than they did 12 months ago, nor than they did at last year’s Spanish Grand Prix.

Most of their rivals, however, have now lapped quicker in this test than they did during last year’s Spanish Grand Prix weekend. That’s why going off headline times alone the field looks close: Just 1.5s covered the quickest and slowest teams today, but the spread is likely to be much greater than that.

Sergio Perez drove for the team which got closest to the ‘big three’ last year, Force India. He’s realistic about the current situation.

“I think what we are experiencing in these days it’s probably irrelevant because I think once we go to race weekends track temperatures are going to be quite different to what we’ve had so far,” he said.

However he allowed himself some optimism about the true size of the gap between the ‘big three’ teams and the rest. “I really hope that we can run a lot closer to the top teams, that the gap can be closed up,” Perez added. “The regulations haven’t changed massive so we should be able to close a bit the gap.”

Force India, Sauber and Toro Rosso all improved their testing times today. But as Pierre Gasly noted, Mercedes are good at hiding their potential, and the same goes for their two closest competitors.

Brake problems confined Toro Rosso to the garage in the afternoon and allowed Ferrari and Mercedes to forge ahead on the mileage table.