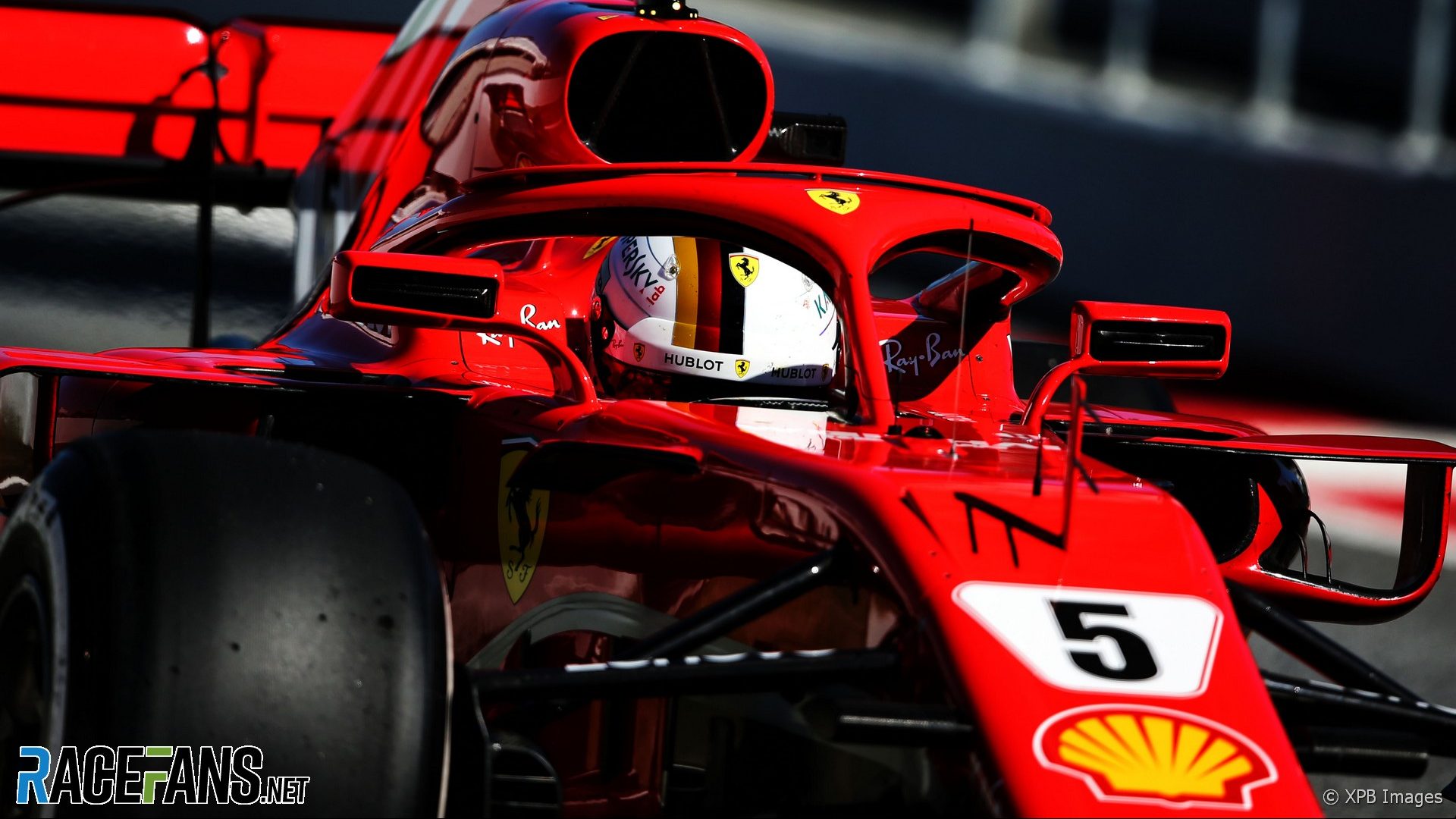 Sebastian Vettel was quickest as the second and final pre-season F1 test began at the Circuit de Catalunya.https://www.racefans.net/wp-admin/post.php?post=361586&action=trash&_wpnonce=4f6fe19eec

The Ferrari driver had a productive day, covering the highest mileage of any individual driver. But rivals Mercedes achieved the greatest total of all, Lewis Hamilton and Valtteri Bottas covering 174 laps between them as they shared driving duties in the W09.

Both teams might have covered more ground had it not been for a spate of red flags, two of which were caused by Stoffel Vandoorne’s stationary McLaren. His car halted twice due to power shut-downs, once while it was in the pits, and also stopped on track with a loss of hydraulic pressure.

McLaren weren’t the only ones to hit trouble. Max Verstappen kept pace with Vettel and Bottas early in the day’s running but later came to a stop while performing an aerodynamic test in his Red Bull.

Toro Rosso ended last week’s test with the highest combined mileage of any team. But Pierre Gasly didn’t emerge from the pits in his Honda-powered car after the one-hour lunch break due to an unspecified problem. He did, however, set the fifth-fastest time of the day, and the quickest for Toro Rosso in testing so far.

Force India and Sauber also posted their best times of the test to date. Sergio Perez got his day off to a fairly slow start but had amassed 93 laps by the time the chequered flag fell.

Like Mercedes, Williams and Renault divided their running between both their race drivers, and managed combined totals in excess of 100 laps each.