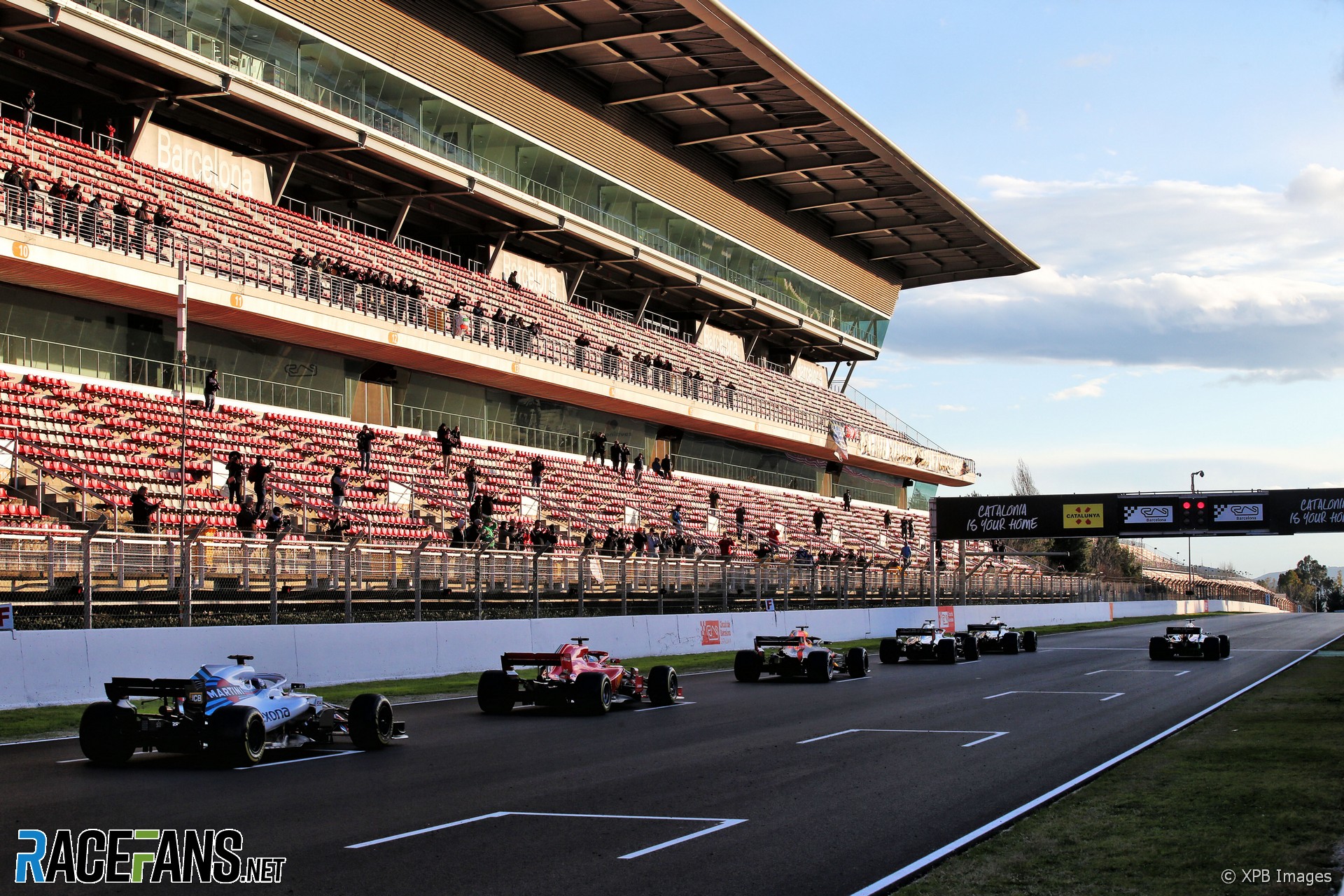 F1 introduced new rules last year which allow standing starts to be used when a race has begun behind the Safety Car. But the procedure has not yet been used in a race situation. From this season the procedure may also be used to restart races which have been red-flagged.

Drivers conducted a series of practice starts simulating the procedure at the end of today’s test but Grosjean warned the drop in tyre temperatures caused by the slow running before the start resulted in dangerously low grip levels.

Grosjean said he “didn’t go above fourth gear” on the run towards turn one, where drivers normally reach eighth from a standing start. “It’s un-driveable.”

“I was one of the first guys to come on the grid, I was there with [Valtteri] Bottas a long time. When we restarted it was like it was raining on slicks.

“To me it could be carnage,” he added. “You could lose the car on a straight line.”

Grosjean predicted that if the rules stay as they are drivers will pit for fresh tyres instead of doing a standing start.

“I’m going to pit every time,” he said. “Everyone’s going to pit. You’re going to lose 25 seconds in a lap to a guy who’s got fresh tyres.”

Haas team principal Guenther Steiner said the procedure will be examined to ensure its safety.

“We did it the first time here, we test the system, it needs to go up the chain now and see what the outcome is,” he said. “That’s why we do these tests.”

“We want to make the sport more interesting, that will make it more interesting because there is things out there which we don’t know. But I don’t know how bad it is, for sure someone will be looking into it, getting videos and starting times and if there’s a big different between the cars, see if it’s actually dangerous or not.”