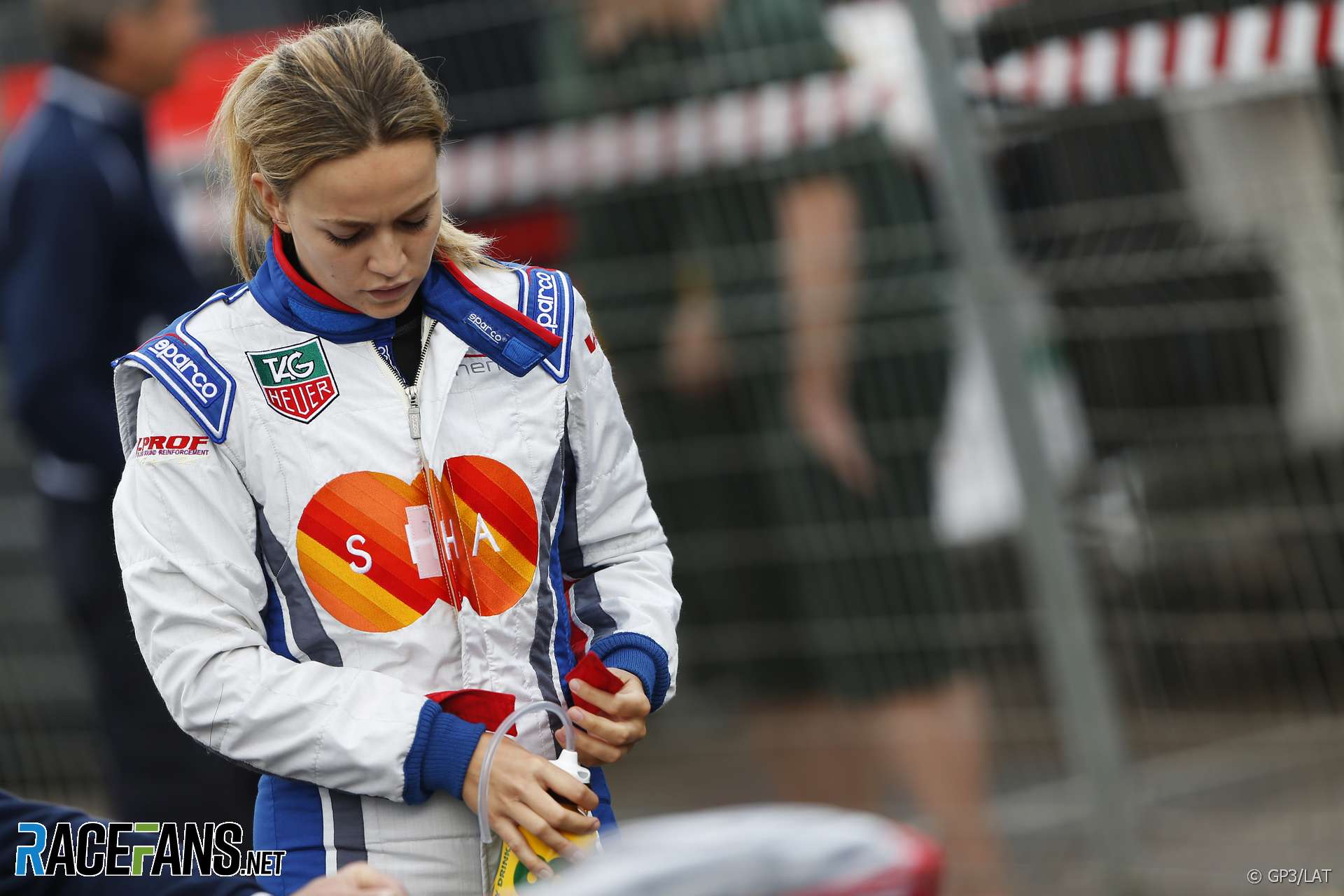 Carmen Jorda has issued a statement following criticism of her comments on whether women drivers are physically capable of racing in Formula One.

The former GP3 driver said her remarks in which she said women would find it easier to race in Formula E rather than Formula 1 because it was less physically challenging were “reflecting merely on my own personal experience”.

“I am sorry if my comments appeared to speak for all women and created all confusion,” she added.

Her remarks prompted criticism from several female racers including IndyCar race winner Danica Patrick, who rejected the claim women are at a physical disadvantage in motor sport.

On Saturday, after testing a Formula E car before the Mexico City E-Prix, I spoke to several journalists about the experience.

During one interview I was asked to compare driving a Formula E car to a Formula 1 car, and then speciﬁcally, whether Formula E is easier for women to compete in than Formula 1.

Having some experience of both cars, I gave my personal opinion that driving a Formula E car presents less of a physical challenge than Formula 1, because of the lower downforce.

I also referred to there being ‘a physical issue’ for women in Formula 1, something which has created considerable debate over the last few days – including from many prominent women within our sport. I would like to thank fellow drivers for sharing their opinions, and respect their views greatly. I am sorry if my comments appeared to speak for all women and created all confusion – as I was reflecting merely on my own personal experience.

I never intended to discourage other women from competing at the pinnacle of our sport, or say that they physically cannot. My comments were purely a response to a direct question, asking “do you think Formula E would be easier for women?”.

As a member of the FIA’s Women in Motorsport Commission I am committed to encouraging more women to become involved in our sport – both on and off the track – and celebrating those who are achieving great results.

As such, I would like to extend my congratulations to Tatiana Calderon – who was yesterday announced as a Formula 1 test driver at Sauber. I hope that she can become the ﬁrst woman in 41 years to start a race on the Formula 1 grid and wish her the very best of luck for the coming season.

I wish all women in motorsport a happy lntemational Women’s Day for tomorrow.

24 comments on “Jorda apologises for “confusion” over women racer comments”