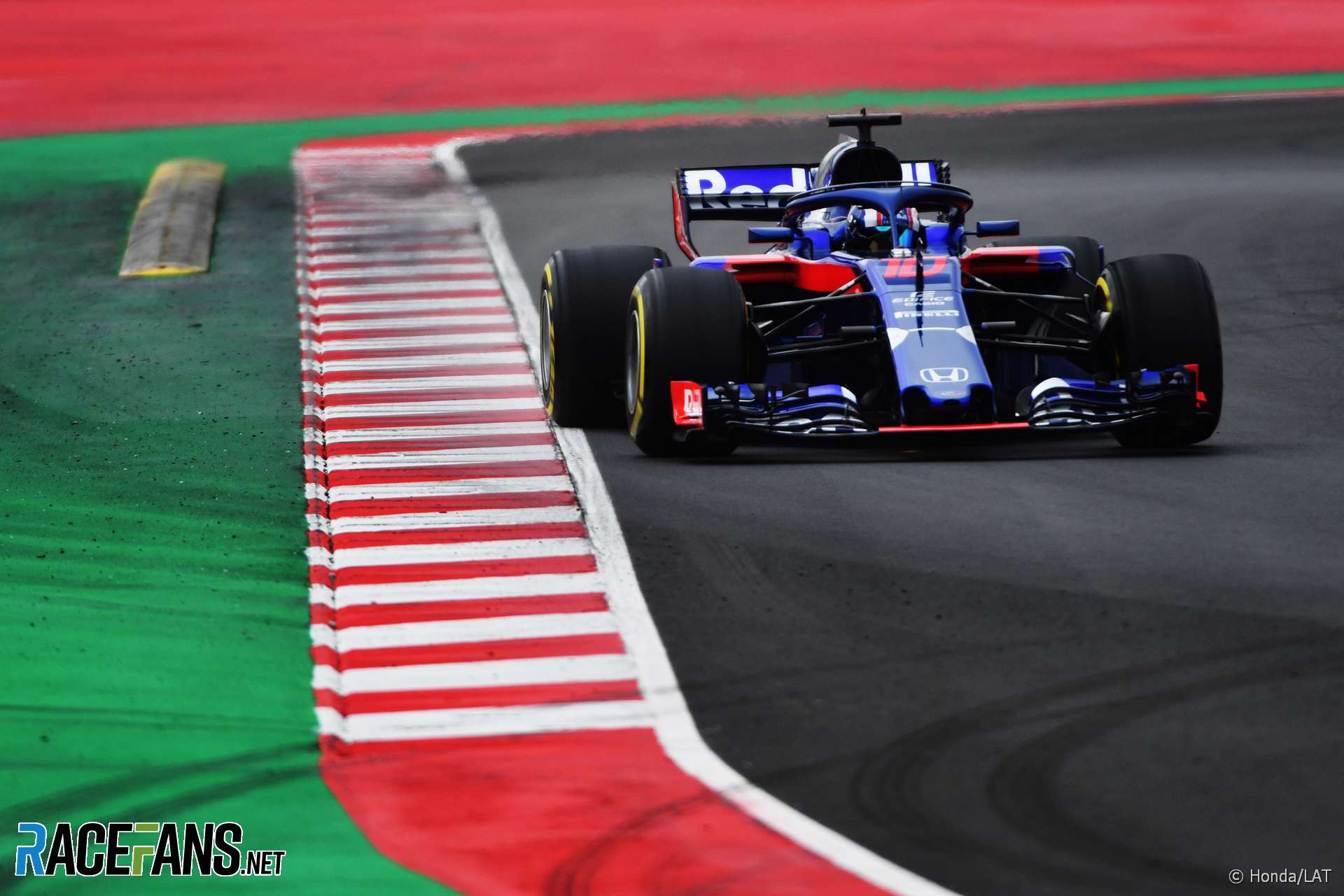 "So far it's been really good I must say. In terms of reliability we didn't have one single issue. This is really positive."

"If we were going for Olympic lifting, how strong can you possibly be? Then women would not win because that's not how our bodies are built. But that's not the game of racing."

" It doesn't look like much of a difference, but actually when you add it all up that is something like a quarter of a second just there."

"I hope that we can be a bit of a surprise. I think a lot of people wrote us off with the new partnership with Honda. I really believe we can surprise a few people."

"The FIA does not have its light panels in Spain, but Tuesday's test was mainly to check software and ensure that drivers were receiving the correct messages on their dashboards."

"A $93m (£67m) superyacht owned by Indian multimillionaire Vijay Mallya has been impounded in Malta in a dispute over the businessman’s failure to pay the crew more than $1m in wages."

Respecting a circuit: Q&A with the head of the Canadian Grand Prix (The Paddock Magazine)

"So far, working with Liberty Media has been a breath of fresh air. They have shown great interest in our event and in the sport. I have to say that having an open line of communications with the leaders is a welcome change, and I cannot wait to see what they will bring to the event."

#TuesdayThoughts from the #legend that is Murray Walker. Check out this lovely letter our Chief Executive, Rob Jones, received from Murray after last month's Night of Champions. pic.twitter.com/g579jHyvA3

If this fellow keep poking his stick over the top of teams’ screens, I’ll wager he’ll shortly need surgical assistance to have it extracted. pic.twitter.com/HdPuD5VpDE

#F1Testing Grid practice at the end of the session! 😍😍😍 pic.twitter.com/x9tqa8ladL

Perez jokes about his off-track excursion today: "I was just exploring the circuit…" #F1

Had a fight here not long ago but I’m ready and fired up for this one 👊🏼💪🏼 #SameTrackDifferentDay #BillyWhizz pic.twitter.com/6vboLJycG0

How our morning went up in smoke… 🙄 Afternoon was better, ended P7 after all that! #lit pic.twitter.com/QmQnKROiQ4

It hasn’t been a great start to testing for Force India but @HemzShaw has confidence:

Force India have always had problems during test and come up trumps during the races. Every year looks different and so does this one on the onset. You have a resurgence of Renault F1 Team on the cards, and McLaren with new PU hoping to take as many points as they can in the midfield. Williams may come up with a better performance car gap than from last year, and that could mix up a lot of things.

If Force India manage to keep pushing, then they can be good contenders for fourth or fifth this season.
@HemzShaw

36 comments on “No Honda reliability problems so far – Gasly”